Well, more accurately, they wade beneath us.

This passed alongside the Cardinal today, on a mission to somewhere.

Probably to meet up with its fellows, and to plot the downfall of the human species.

On a more prosaic note, I went for a stroll in the heat of the mid-day sun. I was forced to, being quite fed up with the somewhat vocal antics of one of two boat-cats, one indoors (quiet), the other with a pocketful of passion to give to the world (LOUD). 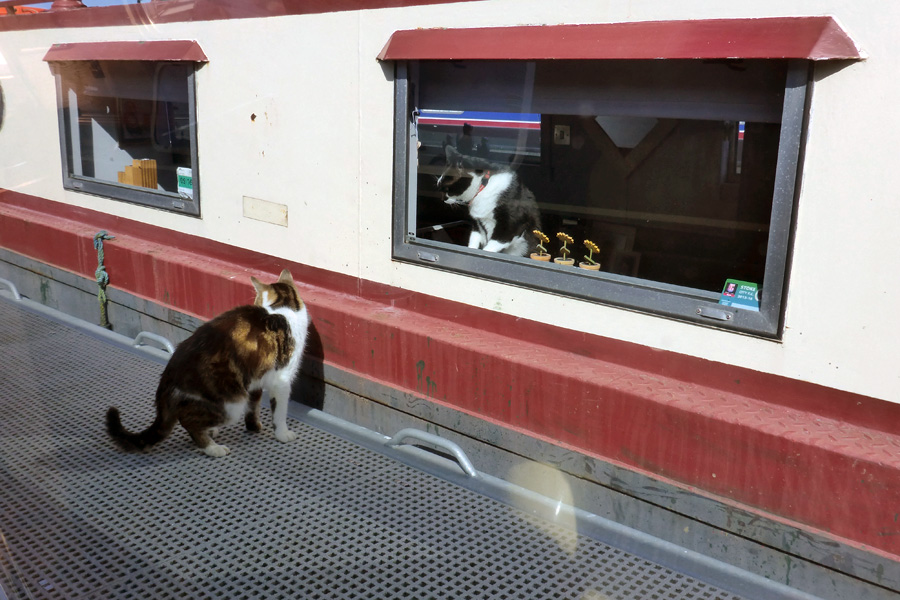 No need to be rude, I was just asking. I have pizza.

What kind of pizza?

Meeow pizza. Fancy a quick, casual meeow and a pizza?

So I left the Cardinal, who is awaiting blacking next week, and strolled off like the mad dog and Englishman that I am, out into the bucolic – if rather overly well-lit – delights of the canal towpath. 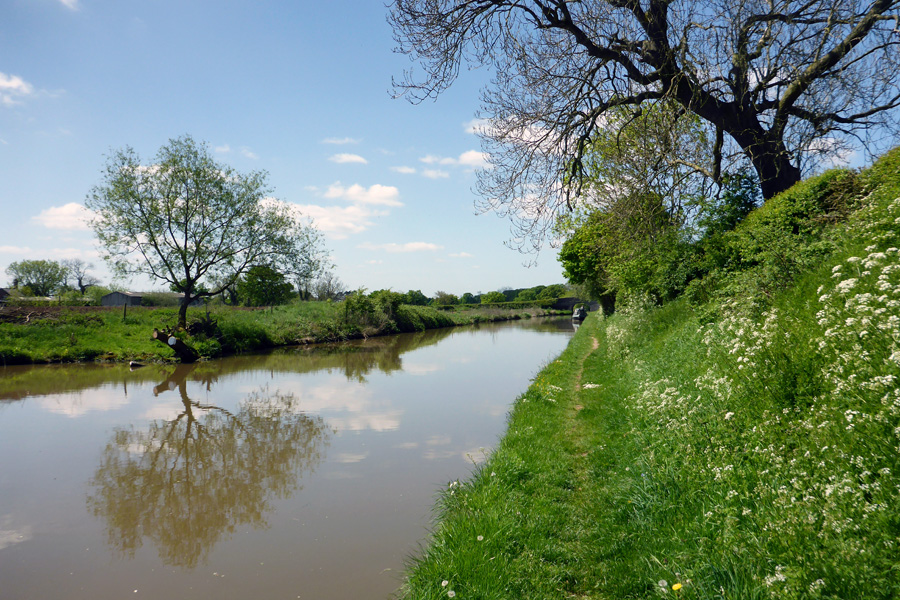 A towpath with all of the horrors of geese, honking (probably about cats that they had overheard discussing cat-bonking). This was neither a bridge too far nor the bridge over the river Kwai. I could describe it as a bridge over troubled water, but that would be wholly untrue and a quite palpable linguistic Garfunkel. No, I shall simply describe it as the Ponte dei Sospiri, and assure you that I did indeed pause albeit underneath it, rather than being hauled over it, and I gave the Doge a rude and final gesture.

As the italians often sing, how much is that Doge in the window, the one with the waggly finger? When in Rome, do as the Romans do do (invade England, build roads and generally give the sandal a bad name it is then).

As I walked, I realised that it wasn’t so much that my flies were undone as I was being undone by the flies – horrid great beasties, determined to explore anything that was reflecting ultra-violet light. While ultra-violet is not one of my favourite colours, I had left my tweed titfer on the Cardinal, and so my head was reflecting rather a lot of the sunlight and acting like a beacon to any fly nearby, and – oh boy – were the flies ever practicing their close fly-bys… Cattle nearby, I suspect.

I wandered up the towpath just a couple of bridges and then decided that, today, caterwauling felines were preferable, given the limited choices.

It was never like this in Poonah, even in ’43 or ’44, although there were occasions, mostly in monsoon season, when the elephants could become quite a bother.

Mind you, what more might a chap want if not aquatic aliens, a performance of Romeo and Juliet for two cat-voices and a pleasant stroll along the ditch while being buzzed by flies and hissed at by geese? Seriously.

It all seems so distant from the sleet, snow and hailstones of less than three weeks ago…

p.s., I have told myself that the alien is, in fact, merely a bit of old tree-root floating past on the current. Please, don’t nobody not disavow me of that notion, not no how. I need to sleep sometimes…