There are still no border patrols, no passport required to enter Scotty McScotland from England (and vice versa). There are the usual heads on pikestaffs, the common or garden snipers and some chaps in skirts strangling cats of course, but all change no change as regards travel.

Our target for the weekend was the Galloway Astronomy Centre for a spot of peering through some large telescopes at whatever celestial bodies might be seen, if any, in the deep, dark, depths of the scrag-end of November. We were lucky – we got clear skies. I froze as I had never frozen before, standing out in the open for hours, but I also got to see some nebulums (or is the plural nebulee or nebulaa?), some binary stars, got to identify all for my very self Betelgeuse, saw Uranus (yes, yes, I know) and was treated to the sight of the great sweep of an arm of the Milky Bar Kid Way. There was more than that, of course, but for a significant portion of the telescope-time my eyeballs were frozen solid, so I wasn’t concentrating. The gentleman running the show, a.k.a. one half of the owner/management team, had to keep defrosting the reflector mirror and eyepieces with a hairdryer…

No photographs of the celestial bodies of course, I was too busy looking to even try to take any – and I’d also only packed the compact camera, leaving the SLRs at home. However, during the daytime we explored some of the mag-ruddy-nificent scenery to be had in the Galloway area, and photographs of that there are aplenty, herewith, below.

The drive from here to there was reasonably civilised. We stopped for comestibles and ales at Tebay Services in Cumbria, just about the only decent “motorway service station” on planet Earth. Sadly, as well as running the services this bunch also run a massive animal-slaughtering operation boasting a “nose to tail” approach to “butchery”. Bastards.

By the time we turned off the M6 and headed west dusk was approaching, and the little local roads just seemed to go on without end. Just when we despaired of ever arriving we sped past a sign announcing “Galloway Astronomy Centre” and yours truly had to brake and perform a “turn in the road using forward and reverse gears” as they say. Didn’t matter much – this was the road in question… 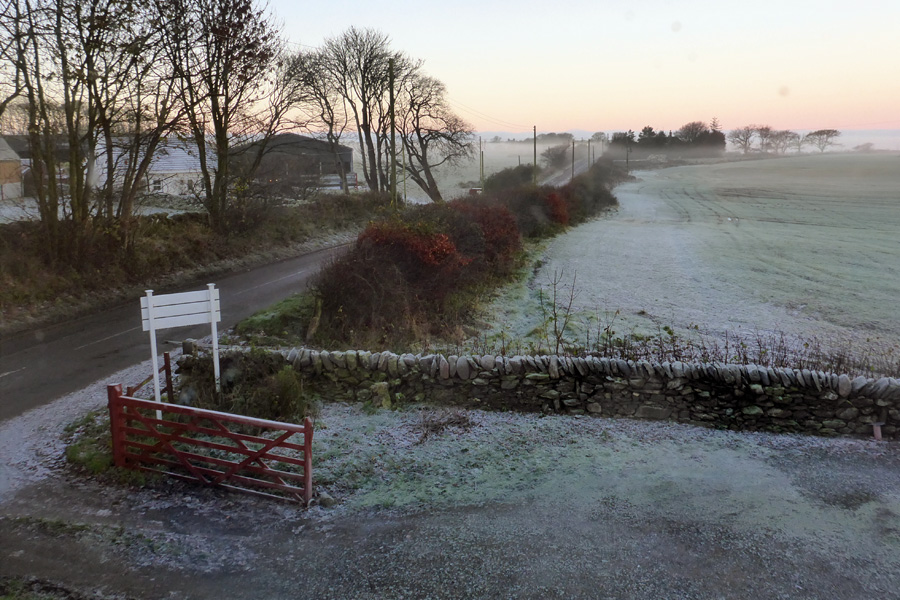 One delight of the journey was passing a place that has the most delicious home-grown expletive for a name – Ecclefechan. Ecclefechan is, apparently, known as the birth-place of Thomas Carlyle and Archibald Arnott – yes, that one, Napoleon’s doctor on St Helena. Oh yes – and for cakes and whisky. Note please, that there is no “e” in whisky, unless you are genuinely and exclusively Irish.

Ecclefechan. Say it as though you mean it. ECCLEFECHAN.

A drive around the pointy bit of Dumfries and Galloway on saturday provided some great scenery, with Portpatrick winning the Most Scenic Town of the Anthropocene Era Award. Bits of the coastal road afforded great views of something we first identified as Avalon and then as Atlantis but then settled on the Isle of Man as being more likely at that time of year.

I’ll let you just waddle through the photos on your own. That’s pretty much what we did. 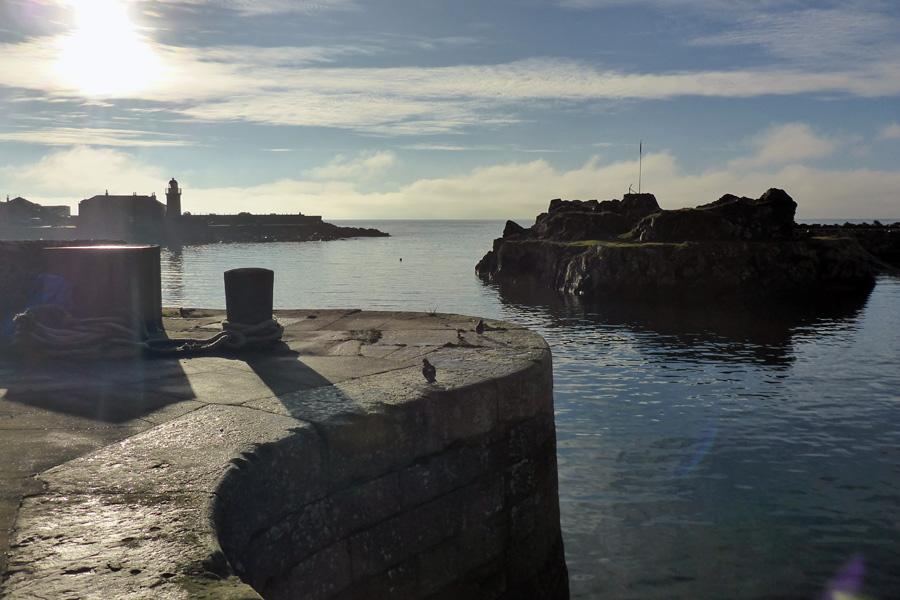 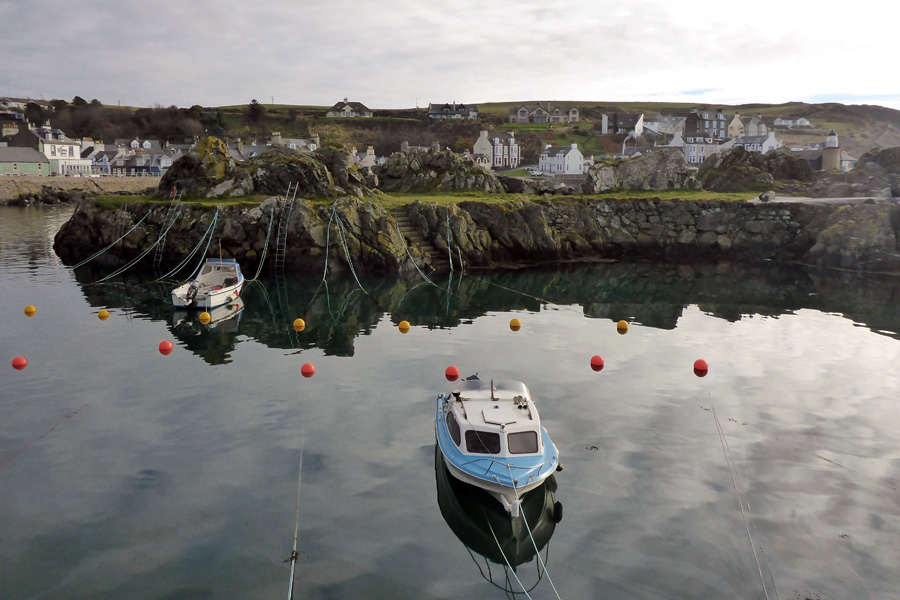 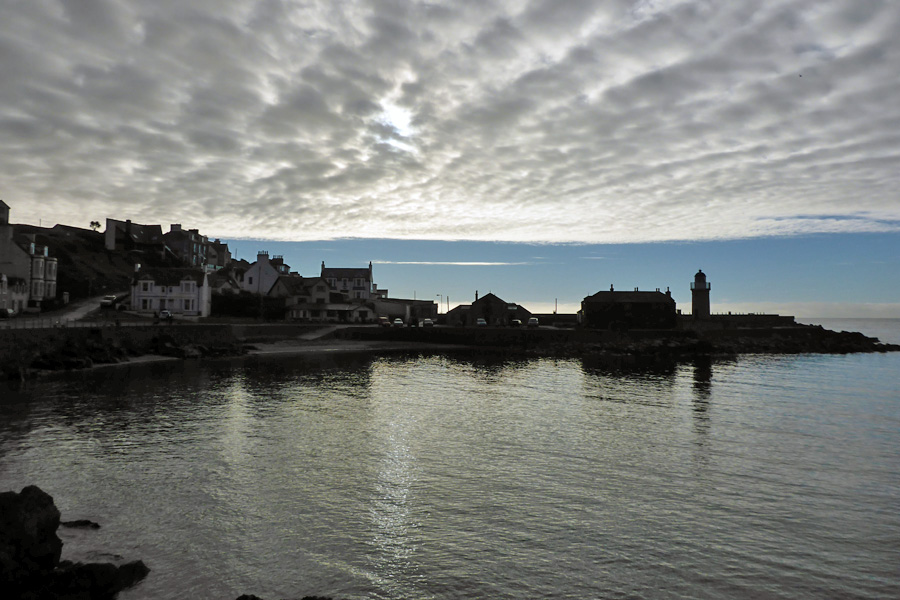 Well, the weekend was done, and great fun it was too. The Cardinal was asleep at his mooring when I got back, and responded well to everything being switched on, lit and generally put into operational mode to warm up again.

Since the weekend the last of the woodwork has been completed, and I have spent a happy couple of days breathing “Phume of yacht varnish”, since it’s too cold to varnish anything outdoors. It’s all groovy, baby.

Many thanks to the folks of Galloway Astronomy Centre for making us so welcome and for indulging a couple of less-than-wholly-knowledgeable chaps in exploring the universe.