Barbridge Junction is the site of some shame to me. I’ve been through it afloat just four times. On one occasion two other boats and I had a “Timothy West” moment, a coming together of hearts, minds and gunwales. On another occasion I met traffic exactly where traffic ought not to be met, we both did the terribly English “after you, no – after you, sir…” thing, both lost sufficient headway to steer and I ended up nudging* the bank and having to reverse a touch** to get the Cardinal around the bend and under the bridge. I have no idea what happened to the other chap, we left each other to our own disasters, pretending that we hadn’t actually met one another at all anyway.

*Nudging – classed as any impact under 50 knots and/or where fewer than one passengers are catapulted irretrievably into the water and/or towpath or hedgerow.

**A touch – no farther than Greenland.

Well, this morning I was without the benefit of my boat, so I managed to get around all bends without needing to reverse. This was just as well, since the reversing beeper on my buttocks has ceased to function and I would have had no way to warn traffic approaching from my rear. Not that there was any traffic. One chap as I walked out of the marina was carrying the office safe and looking furtive, so I just nodded and exchanged brief pleasantries in re the clemency of the day. A second chap was working on a narrowboat at the Barbridge moorings. He seemed to be putting some side-doors back on, or something, and was up to his elbows in sealant that was never in a million years going to go off in the ruddy-near zero temperatures, so again, I just doffed my cap, mentioned kindly that he was an idiot of the seventh order if he thought he’d ever get that to stick those, especially there, and in this, and I left him to it.

The gooses were friendly, swam up enthusiastically to take a gander at me, and to ask “got any bread, human?”. They coped well with the disappointment of my reply in the negative and paddled off with a few choice words. I understand that I am a terrible disappointment to wildlife, as well as to my fellow humans. There were comments about the unfortunate proximity of my eyeballs and the alignment of my knees, one to the other but only when going up hill sideways. I do feel though that the comments on the Concordian aerodynamic qualities of my nasal furniture were a bit much, and it remains my opinion that geese ought to be better prepared to make their own arrangements with regard to savoury baked products.

The perambulation itself was most pleasant, and extremely efficacious with respect to the removal of overnight cobwebs gathered about the lungs. There was air fresh and there was air plenty. “Bracing” is a word more generally associated with English-style sex, but I think that it is a term that could also be applied to my walk, and walking is so much more convenient, don’t you think? No need for a preparatory dusting of DDT powder, no need to ask the servants to fetch saddle-soap, towels and rope, no requirement to sing several choruses of the National Anthem afterwards, and yet my liver, kidneys and spleen were still jiggled about most pleasantly indeed. Moreover, during the activity of walking it is positively expected that one will glance about at the countryside, noting unusual alluvial deposits and any remarkable glacial features in one’s notebooks.

The approach to the junction on the Middlewich Branch side has an …eclectic …mix of moored boats. Boats steel, boats fibreglass, boats long and boats short. One thing that most of them were short of at the time and season of my walk though, was occupants. During summer it is a different matter entirely. With boats moored along both sides of the ditch a channel is left for navigation that is but two narrowboats and one smidgen wide – and the approach is on a long curve, just to add geometry to can’t-see-what-the-hell-might-be-coming. It is a favourite pastime of the moored to spend happy days from dawn until post dusk, standing on their boats and gesticulating at any passing boats. There are signs for “tickover” and “tick over” everywhere, but none, I noticed, for “tick-over”.

I can’t help but feel that this is a bit like parking your car on the verges of both sides of a slip-road onto the M6 and then gurning at drivers and screaming “slow down”. 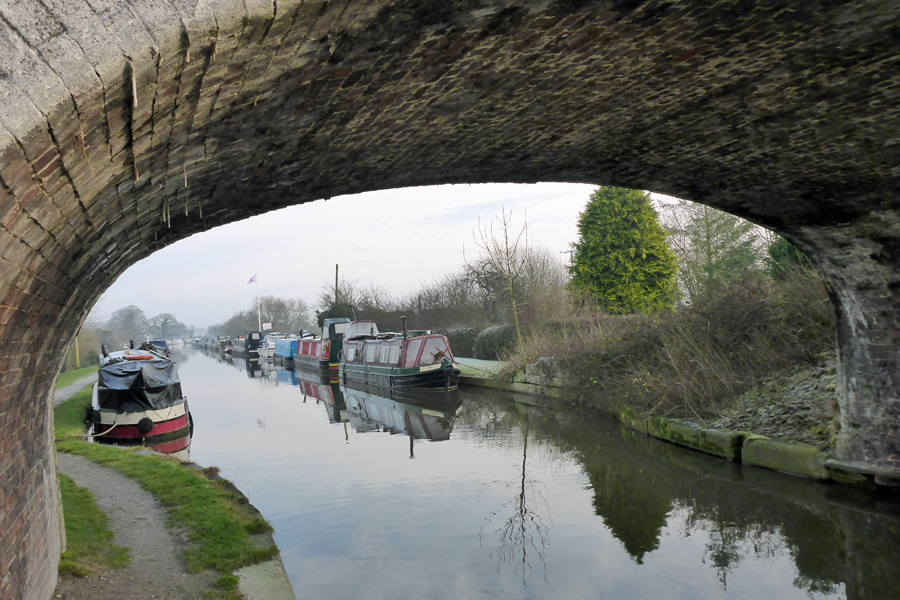 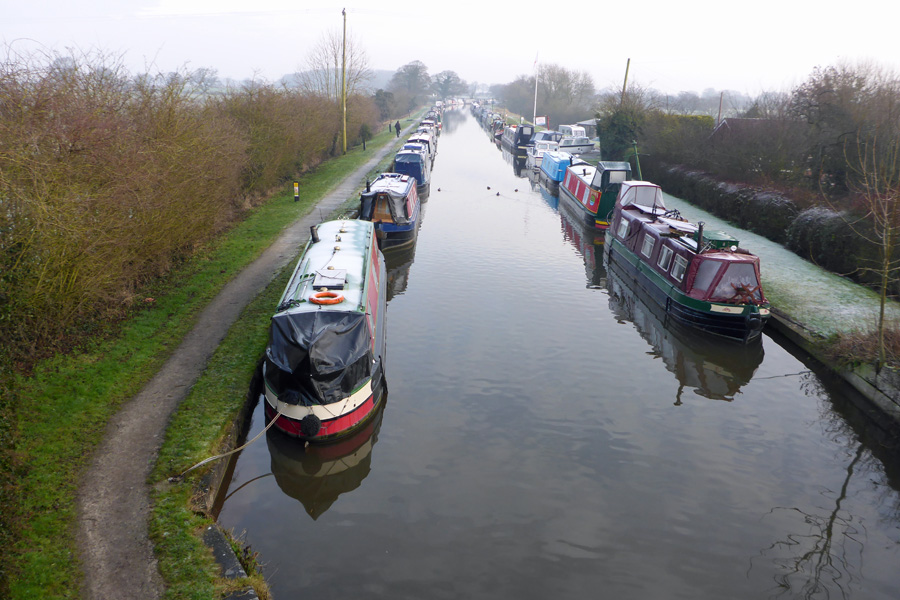 Still, what would I know. I’m sure that worse things happen at sea.

There was deer-poop a-plenty on the path. Well, either that or the local hounds have conceived yet another cunning plan, this one involving the disguising of their turds in the manner of moose, reindeer, elk and the northern temperate antlered giant field mouse. I didn’t photograph any turds. 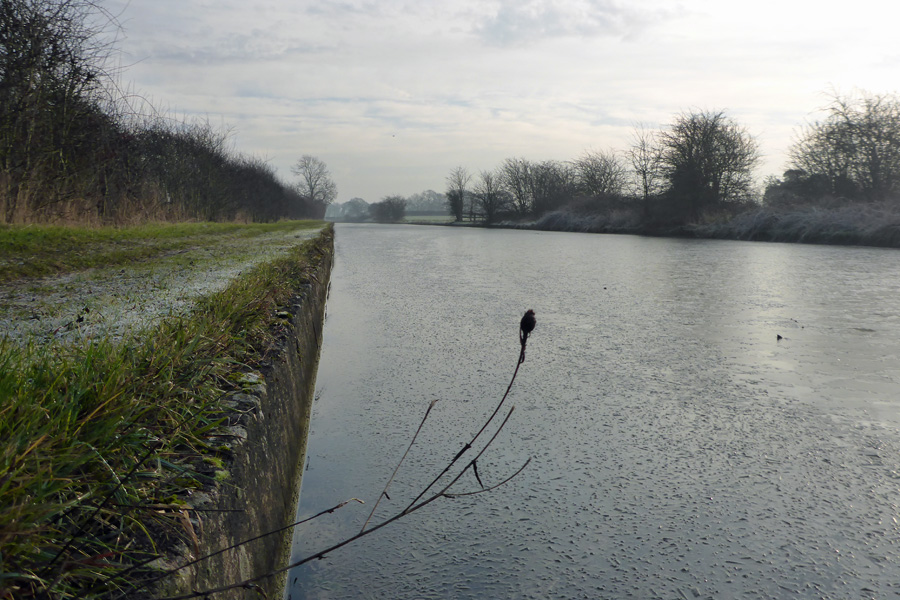 All in all a very pleasant perambulation, right up until the moment when I remembered that the day was young, and I had yet to fetch coal from the chandlery, fill the water tank, empty Thunderbird I, do some washing and prepare some unfortunate vegetables for the pot for lunch.

I always prepare my vegetables carefully for the pot. A few kind words, a moment or two of reflection on a vegetable life well lived, as many hugs as they need in order to keep their shit together, and then it’s out with the knife, off with the skins and in with a pinch of Cornish sea-salt. I believe in compassion in the kitchen, so much so that I take the eyes out of potatoes first, as a kindness – just so that they can’t see what’s coming.

Would I recommend a stroll from Venetian Marina to Barbridge Junction?

Yes, yes indeed I would.

Tomorrow, I’ll head off in the opposite direction.