Yesterday I watched a large squirrel going about his winter preparations. For ten minutes and more we eyed one another up and down, he in his tree, me officially certified as having fallen out of mine.

He was caching acorns from the nearby oak trees. Little did he know and little did he care that, earlier in the same day, I had been caching packets and jars of human fodder purloined from the local shop. Doubtless we’re driven by the same or by similar instincts. When the season turns I fill the Cardinal’s lockers with long-term edibles, just in case I am iced in for twenty or thirty months of the year…

The Cardinal snoozes still at his moorings and, to be candid, so still do I. There has – since Mr Sunshine rose fully from his labours in the Far East – been the most dreadful rush of boats passing us, and while I could take advantage of this glorious day by moving on, I could also take advantage of it by sitting still and watching my litte portion of the world, the world hidden from general view behind a hedgerow, float by.

Besides, today is the day that the lower lock at Hurleston gets prodded, poked and expertly examined, and I may tell myself (again) that I am awaiting the patient’s results before heading in that direction. It works for me, and it doesn’t actually need to work for you, since you’re not here. 😉

This is a very deceptive image of the Cardinal moored; we are, in fact, a full two and more boat lengths farther along even than the end of the bridge-landing moorings, but you’d never guess that from the telephotonessnous of this shot. The east here lies behind the camera, the west, as a result, sternward of the Cardinal and this sadly means that the south – and with it the full attentions of the nearby star for my solar panels – lies screened yonside of the towpath hedgerow and trees. C’est la guerre. C’est la concorde. To swap linguistics, ce sera, sera.

My early morning stroll through the damp squelch underfoot of this morning was a treat for the optics and a fillip to the prevailing mood.

Regretfully, my camera and I did not capture any prevailing wolves, bears, badgers or indeed behemoths of any nature; just the usual damnable meadows and trees. 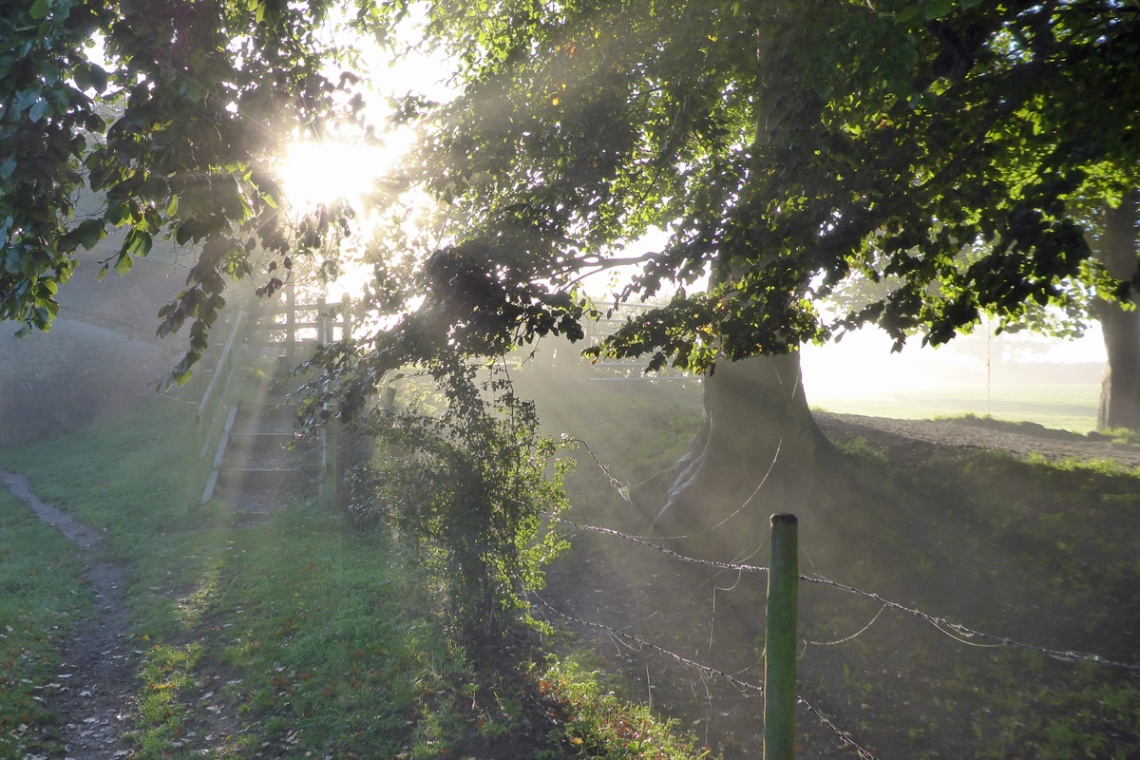 These steps are unusual. Yes, they lead upwards alongside Bridge 18 on the Llangollen, but they don’t lead directly to the frantic world on the “other side of the hedgerow”, there is no rush of “modern” world at their top. These steps lead to the ancient linking of two fields, for the bridge is used only by wandering cattle and by humans walking between villages. They also lead to a slightly decent view.

I spent ten minutes and more standing on the stile over the fence at the top of these steps, drinking in the morning sun.

Like all views, there’s value to be had in squinting at the detail. Here’s a couple of details that I squinted at and appreciated. 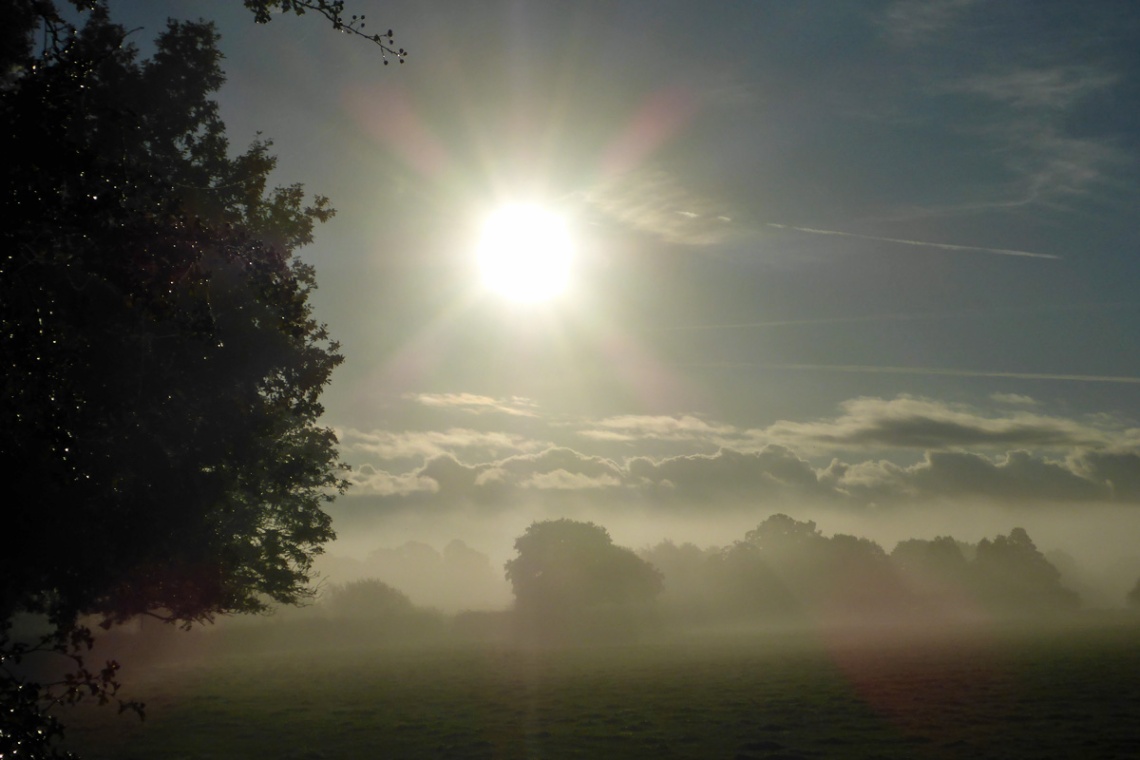 Difficult to tell then where trees end and clouds begin. The soundtrack to this view was the cawing of crows and the marking of the hour by the chimes of Wrenbury church tower clock. Giddy stuff.

You don’t find many elephants in England with double-trunks. Thanks be to the Greek and Roman gods. That would be startling.

Under the bridge the view was horribly crowded with other people’s boats, and they’re never photogenic in the least.

A mile beyond this chap lies the Baddiley locks, where I assume that those half-dozen boats that just rushed past as I typed this have now formed an orderly, terribly English queue. Tis to be hoped that there is some similar traffic headed in this direction, otherwise those boats are going to be only half-using six locks’ worth of water.

Here comes another one, by the sound of things. Are they perhaps evacuating the canal, and no-one has informed me?

I shall check, after lunch. Certainly before tiffin. Well, before dinner, anyway.

Oops, that “boat” was actually two boats. This is looking serious. What an unseemly rush.

THREE BOATS! Are they all sliding downhill?

No, no, unless there is some calamitous necessity then the Cardinal and I shall not be joining this frantic migration today.

For one thing, to do so might blow the cobwebs away… 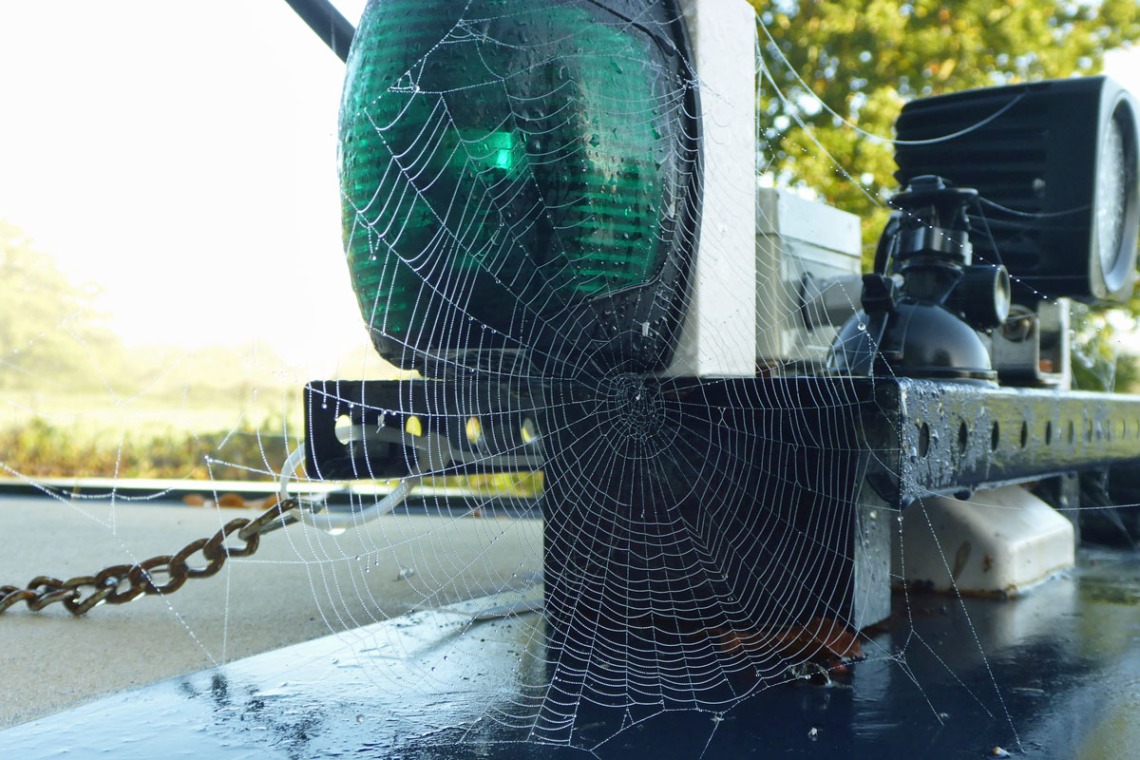 …and that would never do.

Wibble, and other expostulations.

No, I shall wander off and seek out my squirrel friend again, and watch him stashing away supplies of boxed boil-in-the-bag Vesta Curry, and After Eight Mints for winter.

You meet a very nice class of squirrel here on the Llangollen.

I wonder where he keeps his wine cellar?