If aliens had visited Earth on this particular day, and visited Cheshire also in particular, they would have spent the day much as did I – on my back, watching the clouds form up and go by. If by some chance they had arrived the day afterwards (and they’re not due for another week according to my diary) they’d have been more likely to have told me what a dull little planet I live on, and to have made excuses and left swiftly. Do the Borg really ever leave the gas on with something in the oven?

If the Borg Collective has taught us one thing it is to telephone ahead to check on the local weather before visiting, thus avoiding meteorological, climatological and picnic-opportunity disappointment. 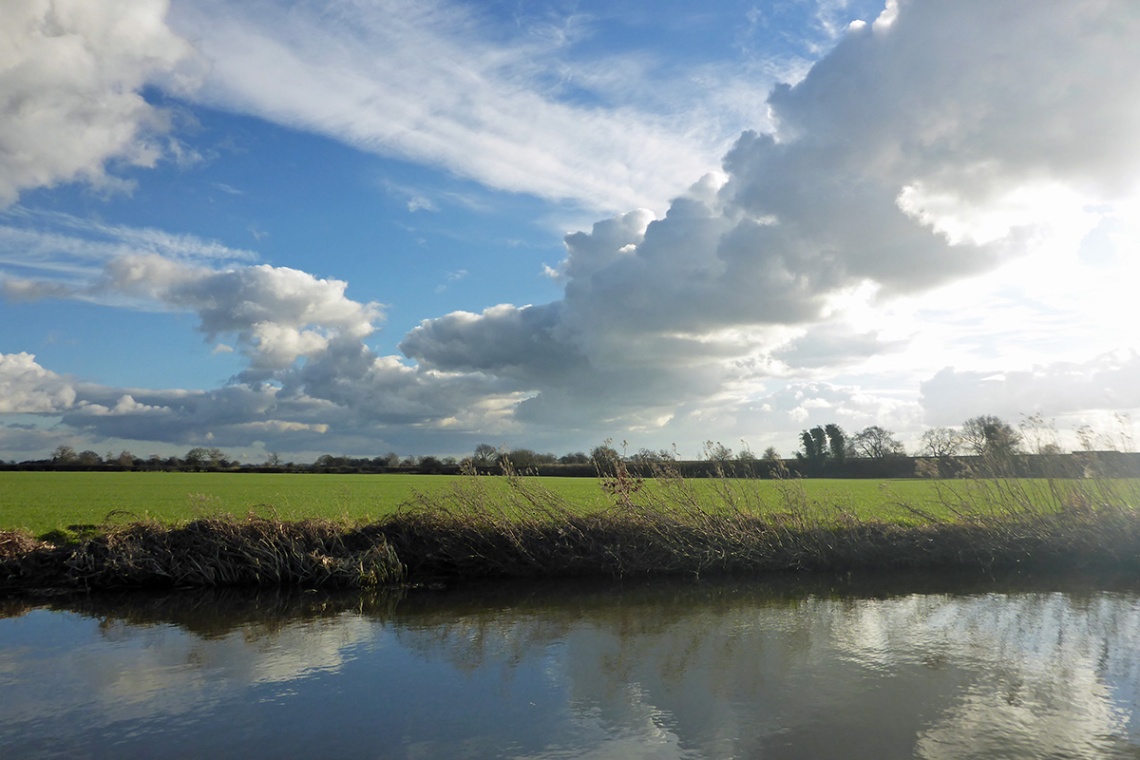 This was one of those odd, unexpected days that spent a lot of its time being outrageously clothed in clear blue sky and sunshine, amazingly so for early February in England. My solar panels fed, and my buckets of electrons were refilled on solar efforts alone with no need to wake the slumbering diesel. Then in the afternoon the weather decided to add a little bit of drama to the mix. 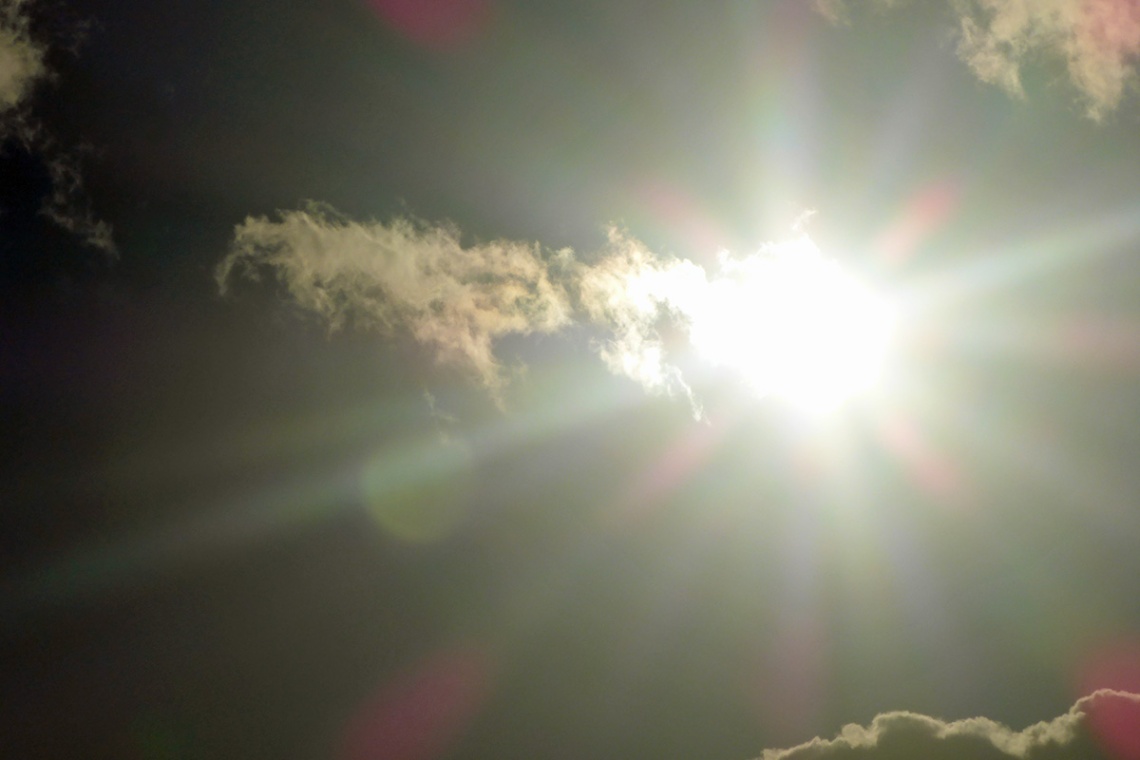 Armies marched from horizon to horizon, vast smoke signals blotted out the sun and somehow, somewhere, some vast funnel was blasting forth all manner and variety of cloud like an old steamer cleaning its tubes. 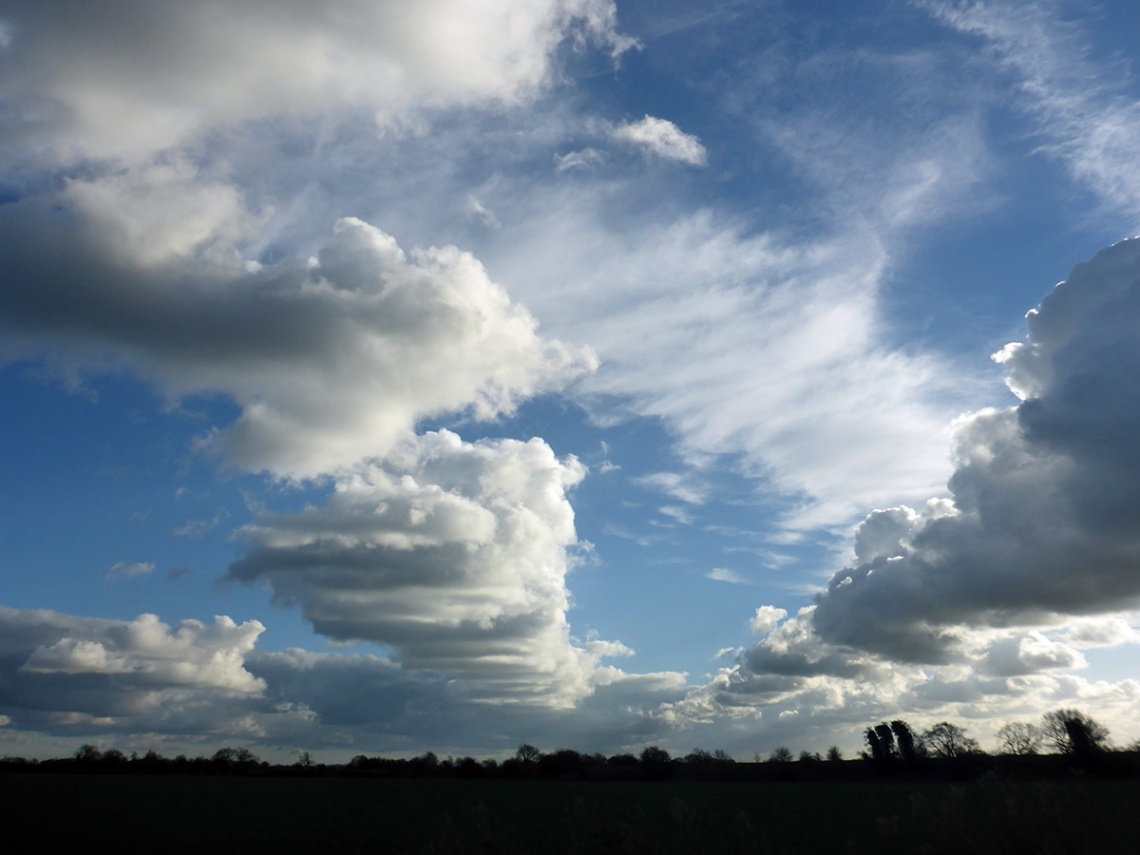 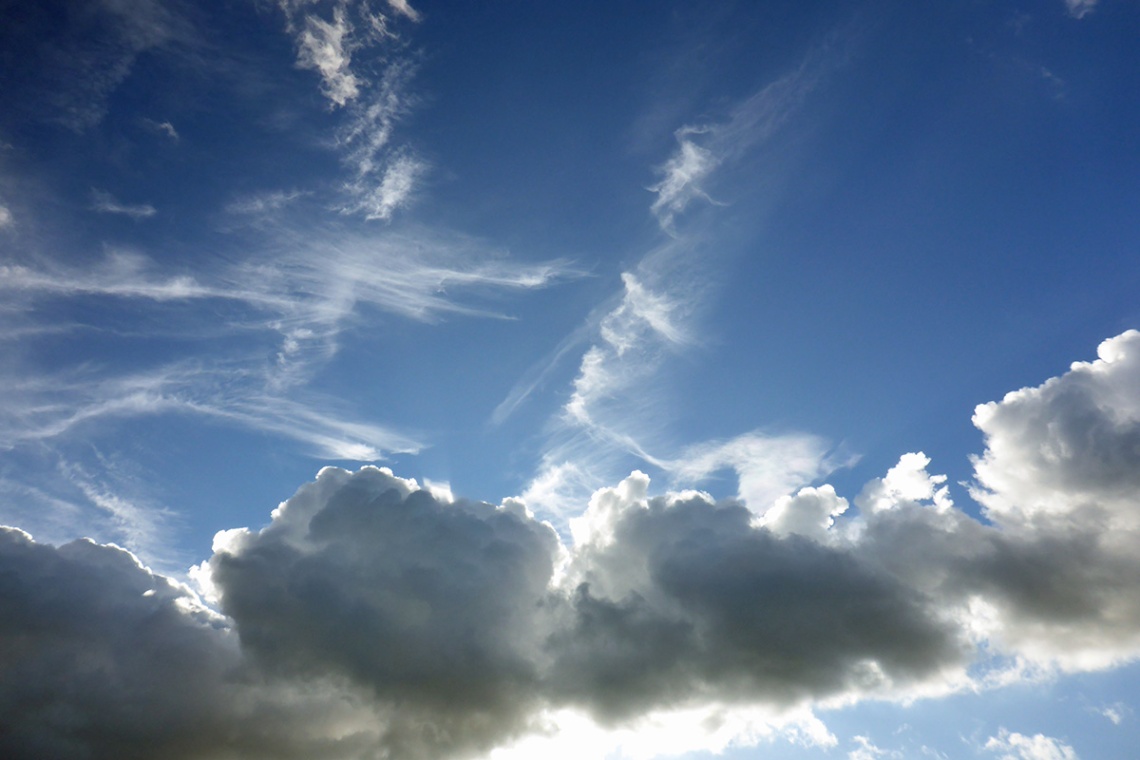 I’ve always wondered how much clouds weigh. We tiny flecks of life scurry about on the surface with these vast constructions overhead – what would happen if a cloud suddenly fell out of the sky?

Just how heavy is your average, common or garden cloud?

Well, the answer seems to be fairly mundane and unsurprising once you do the necessary arithmetic. 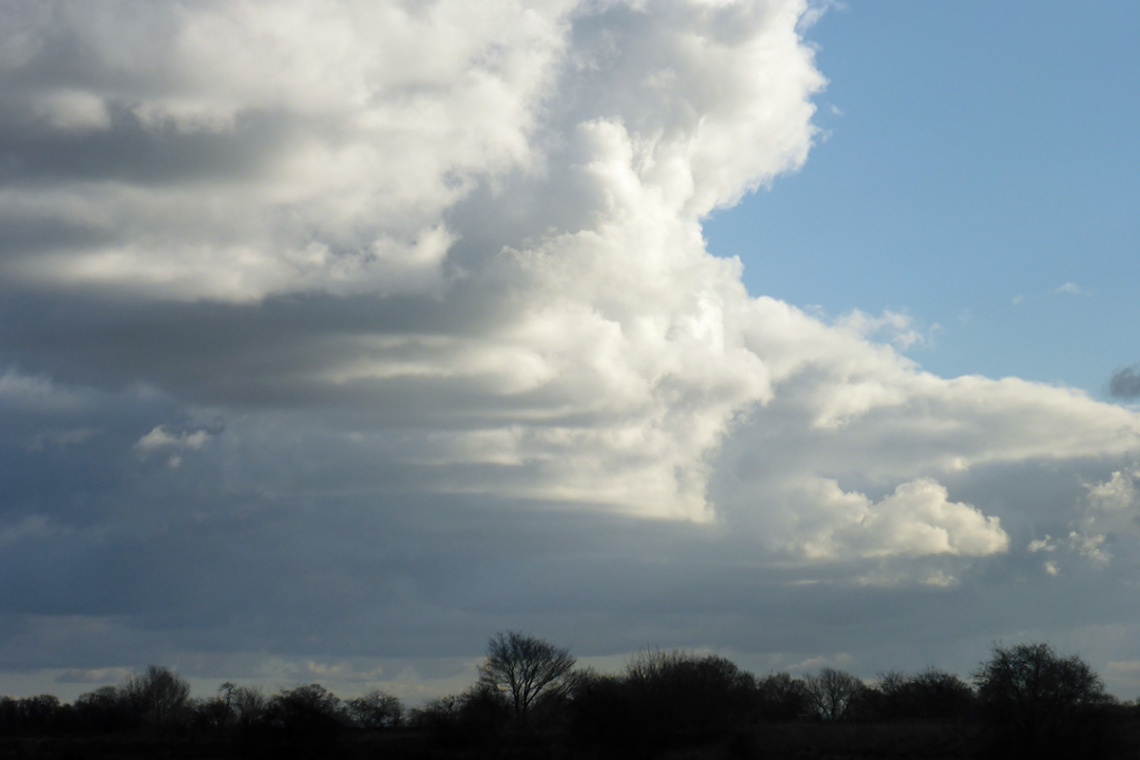 hah! see what I did there? nebulous!

…some nebulous dot com nonsense. As is my wont, I wanted an answer from a Blighty-based or (friendly) colonial source.

Brolliesgalore.co.uk advise that “a small cumulus cloud weighs 4 million grams, or 4000 kg, or if you prefer 4 tonnes” and that’s almost good enough for me. Just need to convert now out of that damned “the metric” nonsense and into something more human, more understandable, something that everyone can grasp.

For the conversion into Imperial Elephant Units I eventually stumbled across Elephantsforever.co.za (near enough a colony) who reckon – after breaking several very nice sets of kitchen scales – that your average domestic elephant can weigh in at between 4,500kg and 6,000kg.

A modest cloud, thus, weighs in at about eight-ninths of an elephant.

For those of you who have difficulty visualising eight-ninths, that’s roughly the whole elephant but with the four hallway umbrella-stands removed.

The blighters we had stampeding across Cheshire here were anything but modest, more like a whole herd of pachyderm endomorphs fleeing from a salad bar, and I suspect that the scales outside Boots The Chemist in the High Street would ask in imperious tones for “one at a time, please, madam”. 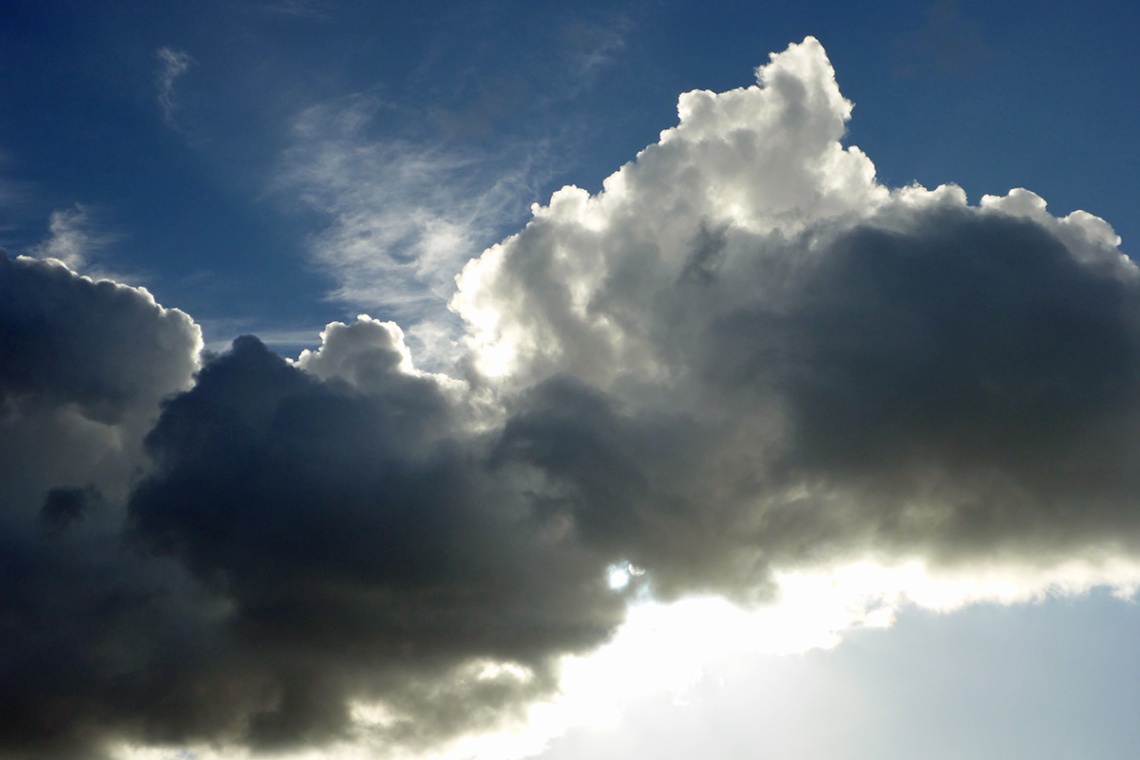 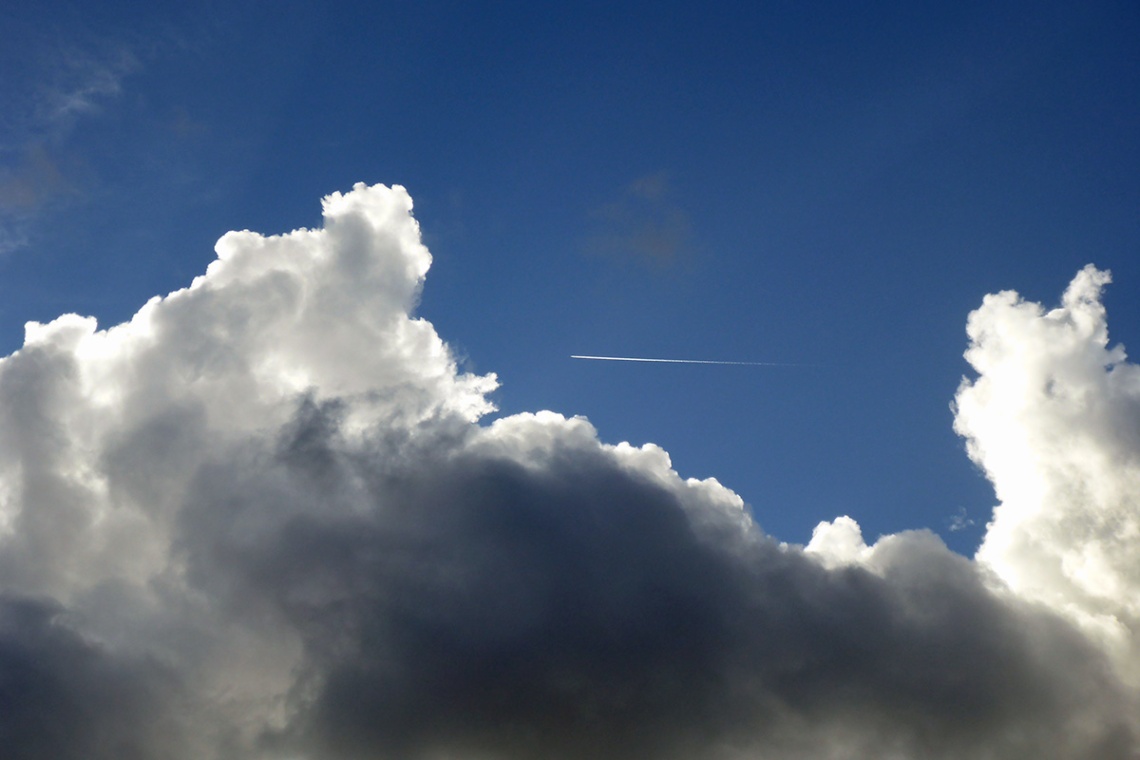 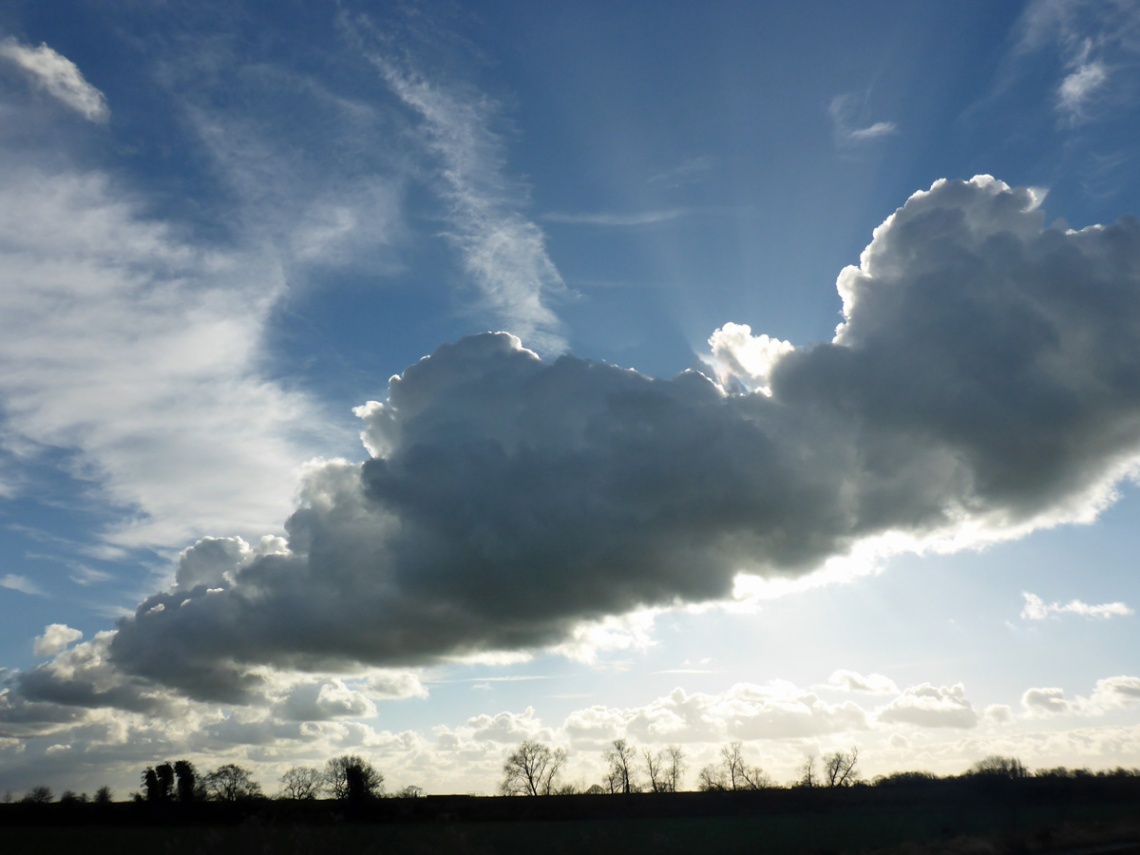 Well, naturally, the Authorities got involved, and a hekilopter was sent to investigate.

It flew into the clouds but it did not come out again. 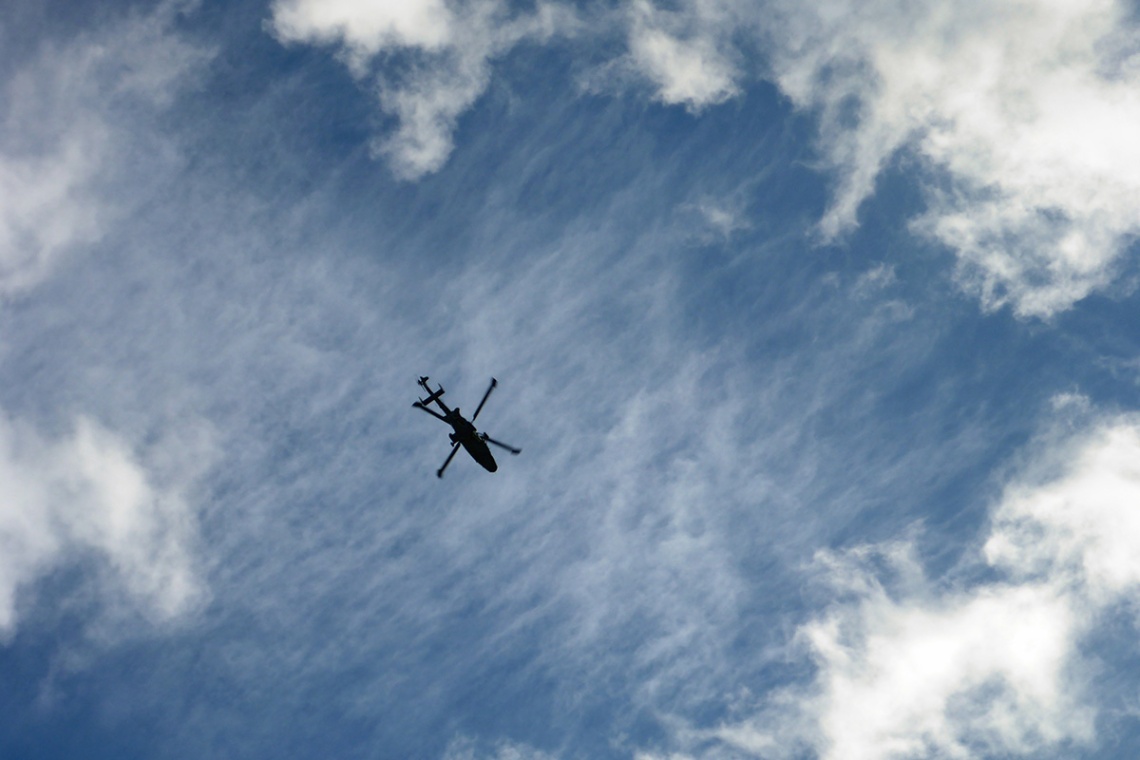 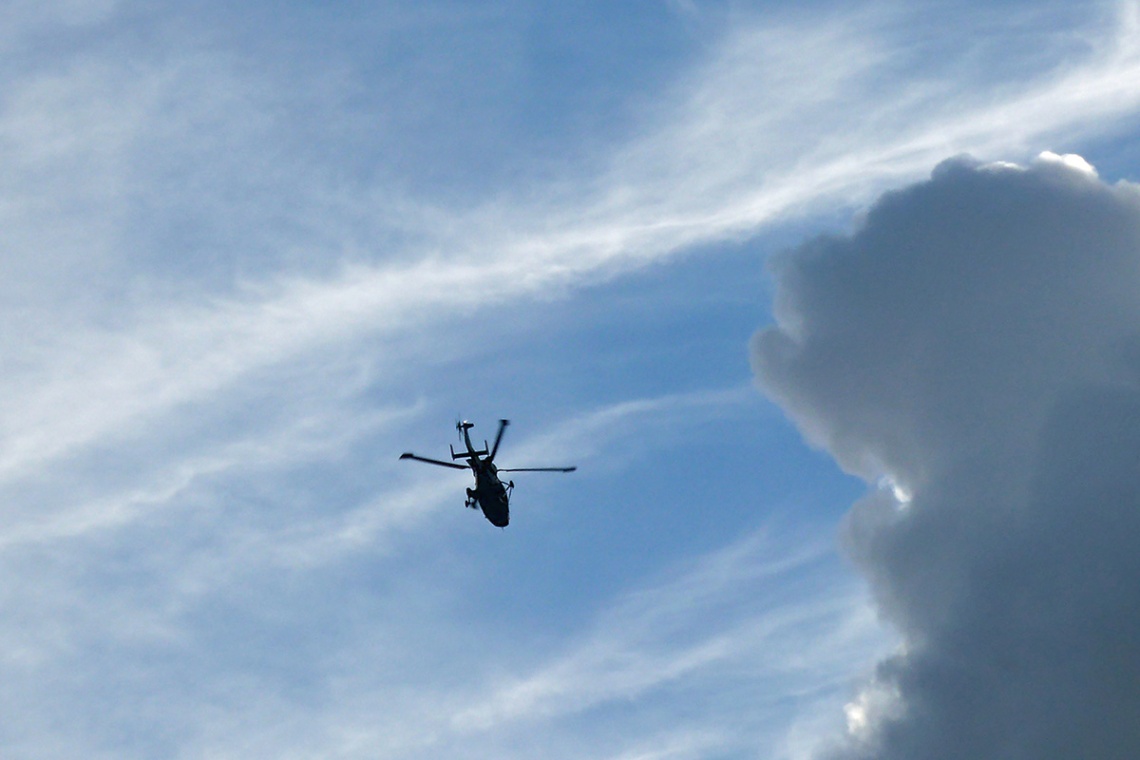 Brave souls, but foolish, for there can be only one result when a hekilopter collides with an ephelump. Hopefully they managed to bail out and parascoot down to earth.

Thing is, do you see, that herd of pachyderms up there may be heavier than the air above them, but they float where they do because they are lighter than the air beneath.

I conclude, thus, that there must be more elephants below the clouds than there are above the clouds, and I think that you must agree that my logic is inescapable.

They never teach that in schools, do they. 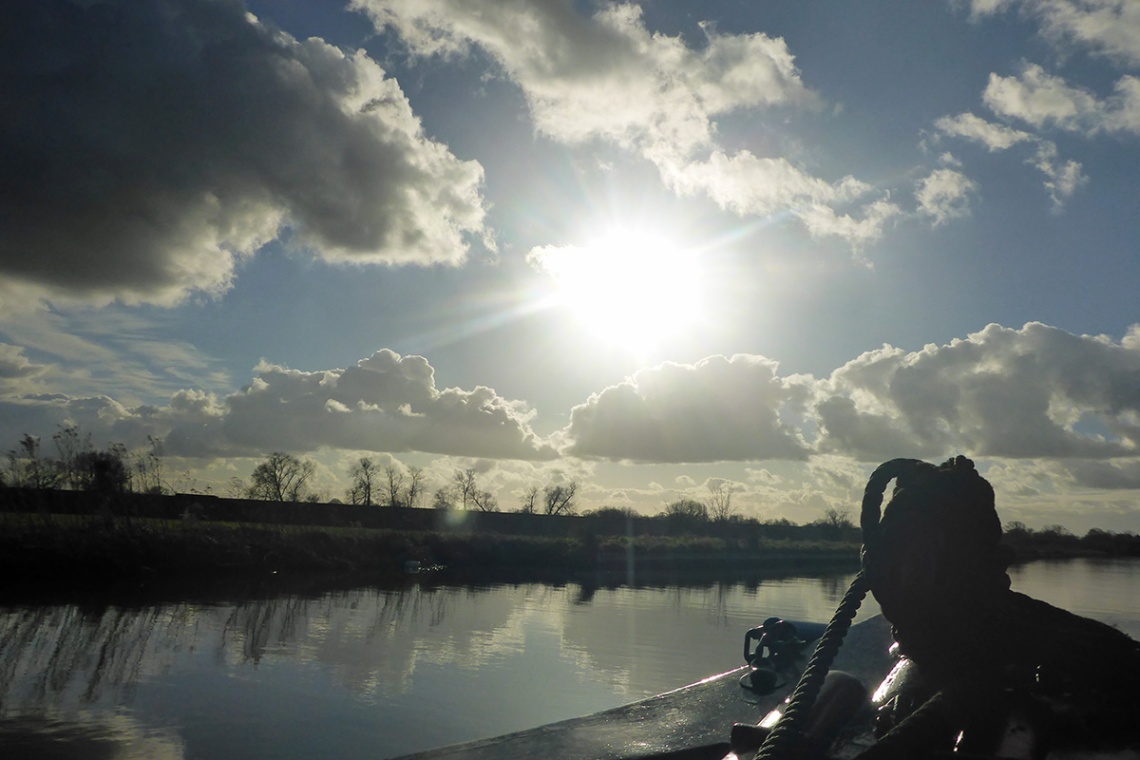 It’s all really rather terrifying.

For comparison purposes, my boat, Cardinal Wolsey, has a displacement of some 16,000  meerkats.

I have no idea what would be the outcome should we collide with an elephant.

Perhaps I ought to fetch my gaze down from the sky and direct it more properly to making sure that the canal is clear.

There’s always something to worry about, isn’t there?