Please accept my apologies for my online absence of the past week, I have been on an expedition for Her Maj., inspecting the south coast and a little of Oxfordshire. Most of it passed muster, some of it will, on my recommendation, be temporarily closed while old “management” is hanged, drawn and eighthed, and new management appointed. The Cardinal, bless his little cotton anodes, has been languishing in a …marina.

Yes, yes, I know, but there was little to no alternative. The Cardinal is never towpath-bound without me upon his decks, and a marina was (marginally) safer for the week.

Sardines, sardines as far as the eye can see. It is a very nice marina, and mains grid electrickery and potable water on tap is a pleasant thing… but there can be no denial that the Cardinal and I are not two of Father Nature’s natural marina-dwellers. Indeed, if I may add a single letter to that word so often uttered by cavemen and politicians of all ages, ugh.

Sunday week past as I manoeuvred the Cardinal towards his appointed pontoon the marina’s (unofficial, self-appointed) welcome committee rang out with cheery shouts of ‘Mind my blacking…’ followed by a friendly (!) pushing away of our bows. As I mentioned earlier, “ugh“. Lay unbidden hands on my boat again and die, sir… There may always be a welcome in the hillsides, but in marinas there are generally only unwanted pontoon-neighbours. Still, physics being such as it is, a hundred kilos of disgruntled human discouragement is trounced in a trice by seventeen tonnes of Cardinal with a one point seven litre diesel engine and a propeller nicked off a cross-channel ferry.

The best that may be said is thank you to the marina for keeping the Cardinal safe from some risks for the week. Something during the week knocked or vibrated half of my artwork out of their frames (the frames being modern things, sandwiches of acrylic, screwed up with chunky chrome lugs). Whether that be some collision or whether that simply be the (un)sympathetic vibrations of the neighbouring boats’ engines being run (and run and run and run and run and run…) I cannot tell.

Immediately upon my return – and thank you to the Bro for all of his driving endeavours, and for convenient collection and re-deposit – I collected my Sainsbury’s delivery of comestibles and the Cardinal and I left for open waters. Seriously, I didn’t even unpack the groceries but merely dumped them on the galley floor to be stored later… I like marinas that much. Shopping in, lines untied, engine started and gone.

Anyway, the Bro and I had a splendid time away. The inspections took the form of unannounced visits to…

…and I have to report that some of the items inspected were astonishingly, outstandingly, gobsmackingly good, while a very surprising “World Heritage Site” was astonishingly, gobsmackingly, almost criminally, cringe-inducingly poor. So much so that I have been moved to send a letter of complaint – and to log an official recommendation with the Fire Service to investigate the arrangements there with urgency! Still, more of those – and more of that – in later posts.

Our first port of call was the Solent Sky Museum, and a most cheerful place it was too (even if their main lighting system was out of action)! I got to park my lardy gluteus in the pilot’s seat of a Short Sandringham (the civilian version of the military Short Sunderland), an example from the “golden” (I would say “Poirot-style”) era of flying boats and passenger air travel.

A top speed, I believe, of 200mph and a range of some 3,000 miles – neither of which were achieved while I was at the controls.

Different days, different ways. You won’t see many aeroplane windows with “Emergency Exit – push glass to release” signs these days, praise be to the engineers. Mind you, you won’t see many Airbus A380s intentionally taking off from and landing on water either, the way that this enormous thing did. There was no arguing with the computer or being molly-coddled with electric assistance in these, everything was manual, very manual indeed.

…although I did tug at the sleeve of a museum curator to say that I approved of it.

So ended our first day of travels and the hotel in Gosport – and dinner – called (loudly, in the case of the latter). I stuffed my gizzards with some – it must be said, delightful – creation of vegetables, sage & onion stuffing and non-animal gravy wrapped into a similarly vegan Yorkshire pudding and then surrounded on a hot plate by chips and mushy peas. The night, most of it, was then cheerfully spent watching something called “The Commonwealth Games” on a cunning device apparently known as “a television set”.  No europeans were (significantly) harmed during the Commonwealth Games (unless you count being entirely excluded as “harm”, in which case yah boo sucks and diddums).

The Commonwealth? It’s on the large side, albeit a mere shadow of our former empire.

Up yours, Juncker. Take your [Br]exit bill, fold it until it’s all sharp corners, bend over and then, well, I am sure that you know where to put it. It may be unfortunate that we are leaving Europe rather than changing it from within, but please to remember that it is not a case of your dictating terms but rather of England resigning from one of our smaller gentlemen’s clubs…

Breakfast the following morning was a fine dish of non-animal sausages, baked beans, mushrooms, toast, Marmite, fresh juices-of-the-fruits and coffee. A lot of coffee. Portsmouth Historic Dockyard awaited. More of that in subsequent posts, but for the moment I must fly… 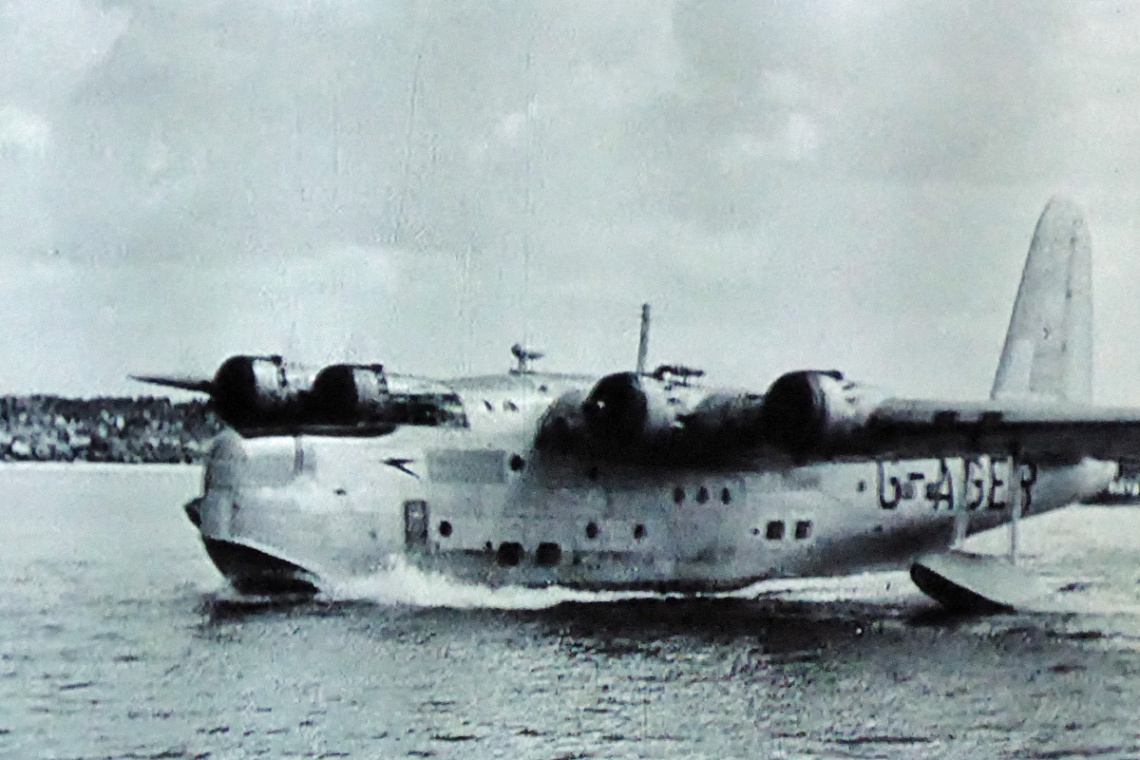 If you want to bring the style and times of the flying boats in Africa to life you might like to check out these links.