This past Monday began in a quite astounding manner, with a weak but confident sun and with no breeze to speak of. Don’t worry though, it spoilt itself comprehensively for the afternoon and evening with the return of high winds and monsoon rains.

My time was up on the then-current moorings, the full weight of Parliament – when Parliament had some weight still, and wasn’t the joke helium-balloon that it is these days – had come upon us in the night in the shape of the 1995 Waterways Act ‘No more than fourteen days in any one place’. Such touchings up to the towpath-side gunwale as were going to happen had happened. Services were called for; water and gazunders and suchlike. Comestibles were desired.

Steam was raised. Paper streamers and a marching bagpipe-band were organised for our departure. A marching-bagpipe band? Can the wild bagpipe be trained to march in step? All ashore that’s remaining ashore, wild and carnivorous wind instruments too.

In Autumn I take on the persona of a human-squirrel hybrid, and take delight (and misplaced comfort) in stashing away edible goods against the day. I don’t actually go out with a wheelbarrow, collecting acorns, I just shop for food more enthusiastically than is usual for me and fill the Cardinal’s galley baskets rather than just stocking them. No car means that I can’t just “pop” anywhere or nip down to Fortnums should I run out of Brandied Bambi Paté or whatever, and winter in especially can sometimes put a limit on the accessibility of even a local charcuterie.

‘Nice of you to say so, thank you. I think it’s the new haircut that’s made the difference.’

Yes, yes, they’re all dried and in little jars, but if you think that I am having chuffing window boxes fitted to the Cardinal so that I can grow fresh h-h-h-herbs then you’re mistaken. These will liven up the stove-top veggie stews and wotnot quite nicely, thank you.

Mind you, my plan to add to my stash of pre-baked, irradiated, chemical-laden, long-date naan breads – for days when I really can’t be Arsenal Villa’d baking for myself – came to grief. Sainsbury’s supplied the short-date variety, and they either folded them in half or reduced them to crumbs en route. 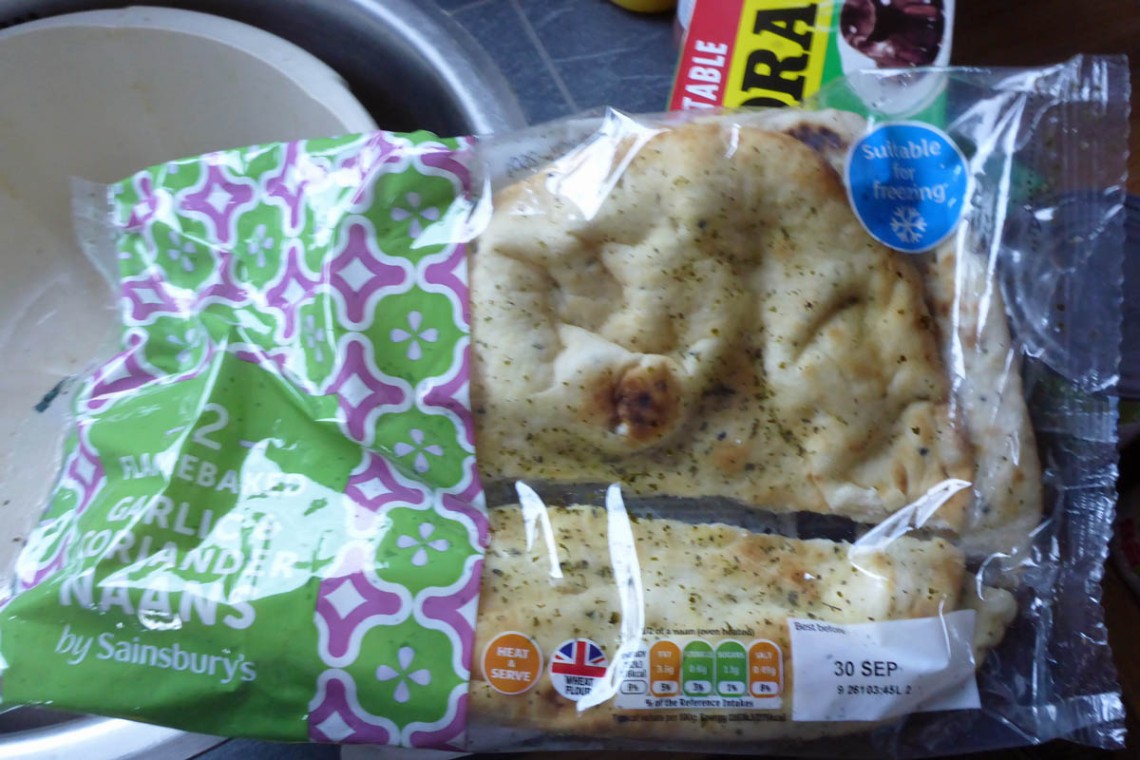 Home-delivery packing from this particular “super”market these days appears to be the exclusive province of the chimpanzee. The quality has declined noticeably of late.

But I digress, I am like a hobbit obsessed with his larder, please do accept my apologies.

Anyway. Having risen and noticed the quality of the day I wasted no time in making us ship-shape and ready for a long ocean voyage. For once, I remembered to plant the video camera on the bow (the only place where I may mount it safely, for the present). The plan was forwards a little to Bunbury’s splendid and now almost secret winding hole, back past where we had been moored, through the bridge and to the Service Point at Calveley.

Once fully wellied-up there, onwards via Barbridge and Moorings-Moorings-Moorings Alleyway to a(nother) convenient spot for a van to deliver my groceries… and where, I should add, I could say air hair lair to old chums and – this coming weekend – support the Pizza Boat, which is what are due for a visit. Splendid stuff.

The vids-not-vlogs are, of necessity, of roughly between six and ten minutes each, all “real-time” and with only the more repetitive moments edited unto the scuffed and dull vinyl tiles of the cutting-room floor. This gives you an idea of the true velocities of a (reasonably) well-behaved narrowboat…

I hope that they are of some tattifilarious funnination to you. The total distance covered is about three of the four miles or so that the Cardinal and I enjoyed by way of a mooching cruise, including turning at Bunbury, servicing, the “Doggy-Bark” s-bend bridge, getting ourselves around the right-angle junction at Barbridge and negotiating M-Alley with an oncoming boat to play with.

The waterproof mount of the camera mists up a tad with the change of temperatures, and you do rather get a Dalek’s eye view for some of the footage. I think that it adds a certain je ne sais fnarr-fnarr to procedings. The low sun was rather spectacular, and guess which idiot forgot to lay his (prescription-)sunglasses out in preparation, not remembering that he’d be turning back to cruise directly towards it…

Aside from finding that some kind soul had left the Elsan point at Calveley in a state of damnably disgusting disarray it was a most pleasant cruise-ette.

You’ll see in the video that I do go and tell teacher about the mess – mostly because I do not want to cruise away unto the horizon with anyone thinking that the mess was left by me! I have no idea how anyone could make such a mess and yet live through the experience. At the very least, given the tide-mark up the walls, they must have needed a carbolic shower and a series of precautionary injections against all diseases known to the human rectum. Oh, and whatever they had been wearing, assuming that they were clothed, must surely have required burning.

Now, I wonder whether I can fit in another grocery delivery while I am here? That way I could sit and cuddle a comforting kilo of plain flour or something until the weather really turns.