There were fireworks last evening. About five miles away, a display in Nantwich, I believe. Bloody ridiculous – it was like the sound-track to a documentary about the Somme in nineteen-sixteen. Percussion thumping on the boat, windows rattling, distant farm-dogs barking and howling, old soldiers running up and down the towpath pressing their fists to their ears.

Fortunately, Nantwich, like all of England, is well beyond its salt days, and could only afford twenty minutes of these semi-nuclear air-burst missiles. Nonetheless, I am having the Mayor flogged later today. It’s not as though it’s even Guy Fawkes Night – ten days too ruddy early for that. What were they celebrating? That rotten commercial trans-Atlantic imported fake of no relevance to England, Hallowe’en? Ugh! I shall have the Mayor’s wife, children, servants and pets flogged too, methinks.

IF YOU’RE HAVING FIREWORKS AT ALL THEN THE DATE UPON WHICH TO SET THEM ORF IS THE RUDDY 5th OF RUDDY November.

Anyway. Grumpy Hector slurped the last of his cocoa eventually, stoked up Mr Stove and crawled into his pit for some snoozies.

Are you familiar with that sensation that somehow grips you by the lower guts and won’t let go? That feeling of “oh my goodness me, that sounds like an Ealing Studios sound-effect for some horror film, but this is cold reality, not a studio…”? Well that’s what I got some five minutes after closing the old peepers. A large animal, right next to my earhole – it seemed – and clearing its throat (or throats) preparatory to something that probably wouldn’t end well with me.

Turned out to be a ruddy sheep with a nocturnal cough (probably tuberculosis or lanolin-deficiency or some such). The towpath here is but six feet wide, then there’s a skinny hedgerow and then there was this slavering, on-its-last-four-legs ovine beast, hacking away like some night-club trumpet-player with a fifty-a-day habit behind him. Large and heavy animal, very large and deep, throaty cough.

Ye gods, is there to be no aspect of Father Nature’s kingdom that doesn’t extract the proverbial Michael from yours truly? It seems not. Even squirrels are oft emboldened to show me their ar*se and cast nasturtiums upon my parentage.

The rain has finally stopped here, for the moment at least. I had to adjust the ropes yesterday to allow for the rising level of the canal. As the Cardinal had risen with the tide they’d pulled tight sufficient to give us a degree or two of list towards the flooded towpath. No biggy for me, but it is indeed so for folk moored on other canals and most especially those moored on rivers. The River Weaver that the Cardinal was briefly upon recently is, I hear, doing its best to flow into town via wholly unofficial routes. The car park at Waitrose is apparently being pumped out this morning, whatever a “Waitrose” may be.

How delicious it is to not hear the rain hammering down. People and boats appeared immediately the inclemencies abated yesterday.

The field opposite these moorings had a certain flavour to it of the Serengeti watering-hole, as the sun sank slowly into the cheap seats.

There’s a spot of a new pond for the cows to frolic in, courtesy of the recent monsoon rains.

Do cows frolic, or are they miserable buggers, like me?

I don’t suppose that they appreciate the pond.

They probably wouldn’t even thank the farmer were he to install a nice diving board for them.

Daisy? Mabel? Watch this – I’m going to bounce twice and then do two and a half back-somersaults with two and a half twists, landing tits-up but with the first clean entry you’ve seen for weeks.

At least the cows are quiet (except for the splashes and the applause).

The ducks, on the other hand…

Well, the moment that it is light they make enough noise to drown out the Houses of Parliament during a debate on who is the biggest honourable idiot. Has no-one else noticed the uncanny similarity between the sound of noisy ducks and “debate” in the Commons?

The Cardinal is moored opposite shallows created by a combination of un-tended bank and (speeding) boat-wash, and this is obviously the Official Duck Bath-House for the entire neighbourhood. Lather, dive under to rinse, repeat, tell bawdy joke, laugh until your beak goes orange, repeat. It’s rather splendid to watch over a morning barrel of coffee and a slice of Marmite.

No idea what today will bring. Now that the wind’s gone and the rain has stopped and the sky is blue – gadzooks, how blue it is – I suppose that once everyone’s acclimatised to the clocks going back an hour there will be boats aplenty. The dog-emptiers have already been out in force. Squeeze those bowels, Rover. Waggle that leg a little before you put it back down, Fido.

There was one such yesterday who lovingly watched her pooch poop just up ahead of where I am moored and then instead of scooping carefully covered the pile with leaves.

One may only hope that, although I might have missed it, she in fact slipped in the sodden grass and fell face-first into her own handiwork on the return journey.

Tis odd how the majority of dog-walkers think of moored boats as totally inanimate and how they rarely countenance the fact of their being folk aboard, watching them fudge their civic duties.

Sorry to mention the word “fudge” while discussing dog-emptying.

Talking of boats passing, one of the first of the day is the Day Boat from the marina up ahead. Two already-desperate parents on the stern (and it’s only the first day of the half-term break here) and a small brood of human excrescences on the well deck, not so much throwing bread to the ducks as they are throwing it at the ducks. 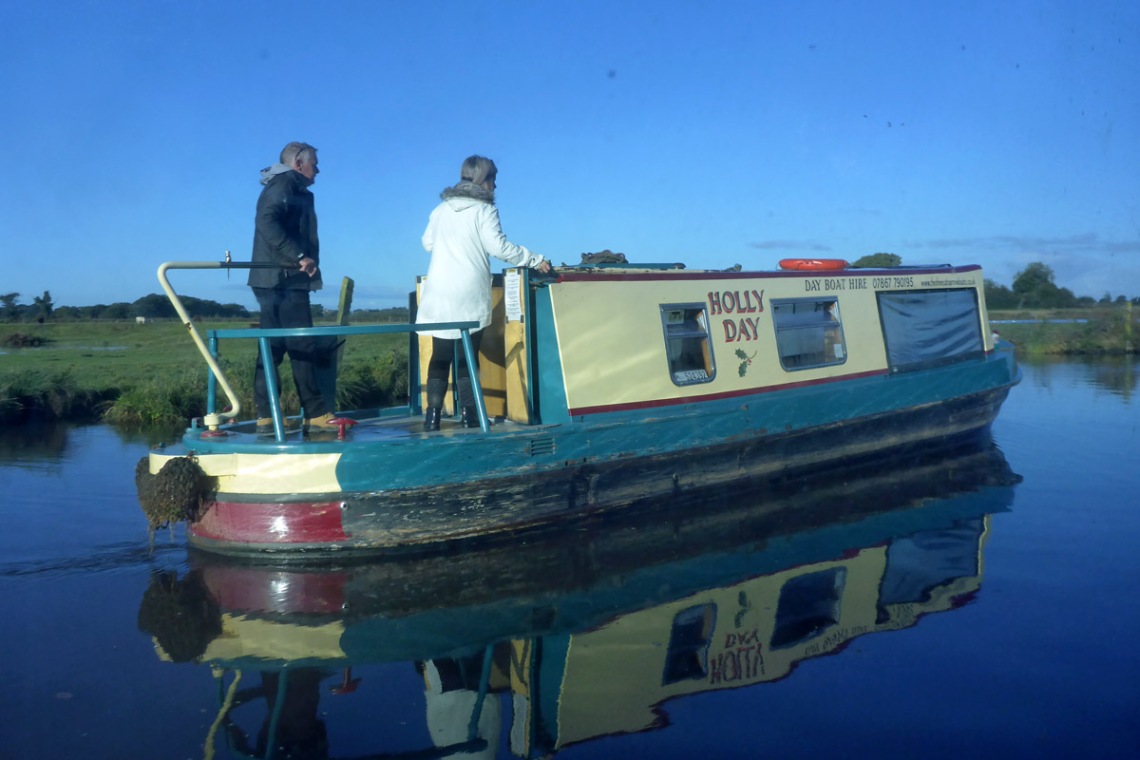 I’d better get the First Aid kit ready, there will doubtless be several ducks needing their heads bandaged later, and they’ll need Aspirin to combat the concussion.

Perhaps I am mis-reading the situation, and young Hansel and Gretel are wise to their parents’ manoeuvres and are just trying to lay down a trail of bread (and concussed ducks) that they might follow back home later in the day?

Ah, the boat moored up ahead has just thrown their dog out onto the towpath for a wholly unaccompanied sh*tski in the grass.

Job done, kick up the grass a bit with a clear head. 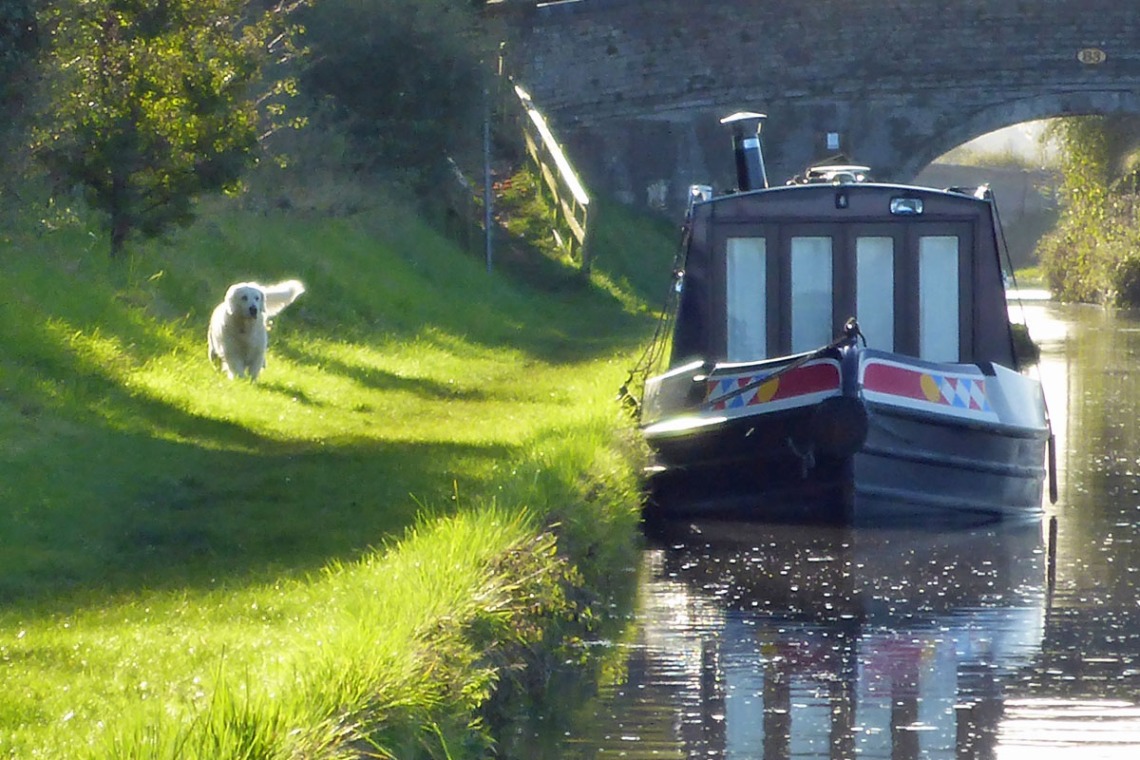 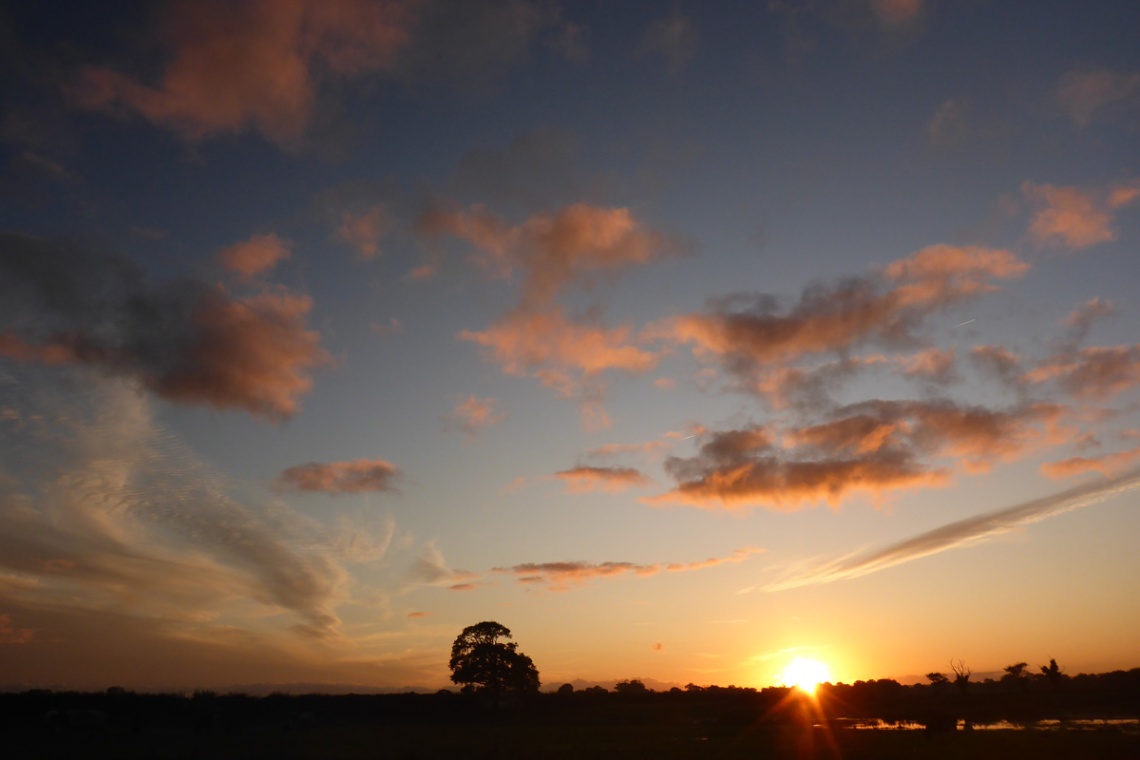 I’ll let you know if anything happens on the canals, but it very rarely does so please don’t hold your breath.

Not unless you’re near that fresh and steaming pile of labtriever poop, in which case you ought to step carefully as well as holding your breath.

I’ll add the boat name and number to the photographs if I can clock ’em when they come past later.

Chin-chin for the mo – and wherever you may be on this planet, beware the coughing sheep, bathing ducks, diving cows and all manner of unsupervised dog-poopery.