Winds were forecast for last night, but nothing like the ones that arrived and stayed for the duration. Last night’s winds were, methinks, stronger than the winds in any of the recent “Named” storms. I am, of course, moored in Windy Alley, with wide-open flat fields to port and starboard, but even so…

The Cardinal rocked and tugged at his mooring ropes, the covers were flapping like flapping things, and Mr Stove occasionally went into “blast-furnace” mode when an up-gust or down-draught or something caught the flue. As is usual in these parts (England) the winds blew neither in one direction nor the other, but in all directions at once, sometimes twice.

One or two of the wavelets were of sufficient height to gargle up at me through the sinks, the wave tops (such as they are, we’re not talking North Sea here!) must have been significantly over the hull outlets and with enough force to “plop” up through the pipework.

Had the winds been at all forecast then I might have nipped out in “the prior” to bung on an extra rope or two. As it was, I was lucky that I hadn’t yet bothered to remove the extra “storm bungees” on the rear cover, so there was lovely for you, yes indeed.

Yesterday was a shopping day as in, a grocery delivery of the usuals. Tissues out of stock, rice a 500g bag instead of a 1kg, pasta some strange “other brand” and… two punches well below the belt, one to left, one to right…

French coffee substituted with Italian coffee, and broccoli out of stock.

If only the Greek and Roman gods knew how we suffer here in the foothills of Mount Olympus. Tsk tsk. 😉

Italian blend coffee is a weak little thing in comparison to my favoured French, but better than nowt. I have to snort three lines of dry coffee grounds through a rolled-up ten-bob note with Italian, rather than just the two with the French.

Broccoli? Are people (finally) panic-buying (my) broccoli now as well as Les Roll de Toilette? It’ll end in tears, unless they’re life-long broccoli-chompers they’ll find that they have no immunity to its green goodnesses. Tis lucky indeed that cabbbage and leek and sprouts were in.

Messrs Halsall of the Fuel Boat cruised by and left me six sacks of dinosaur remains on the well deck. I am trying to understand why, when previously I had eight bags on the well deck, just six now makes it seem cramped. Perhaps I’ve lost my stacking-mojo?

Today, once my litre of coffee has settled and the caffeine worked its magic, I plan on walking up past the lock to re-fill some potable (coffee & cookery) water cans, and then – in that order, for obvious reasons – I’ll wander up to the chandlery and do the necessary with a gazunder. Just in case the marina is ordered to put up the barbed wire by Lord Sir Admiral Prime Minister this afternoon – there have been rumblings of His Majesty “escalating” the “virus response”, whatever the heck that means. All businesses with the exception of food and drugs are, we are told, closed for the duration in Italy, perhaps Ingerlund is headed the same way?

The local fish-nibblers are still around – although I have yet to see them today, I wonder how far away the winds blew them?

Praise be to Sue at Venetian Hire Boats and Chandlery, I also have a sufficiency of Sprouting Brussels… thank’ee kindly! 😉 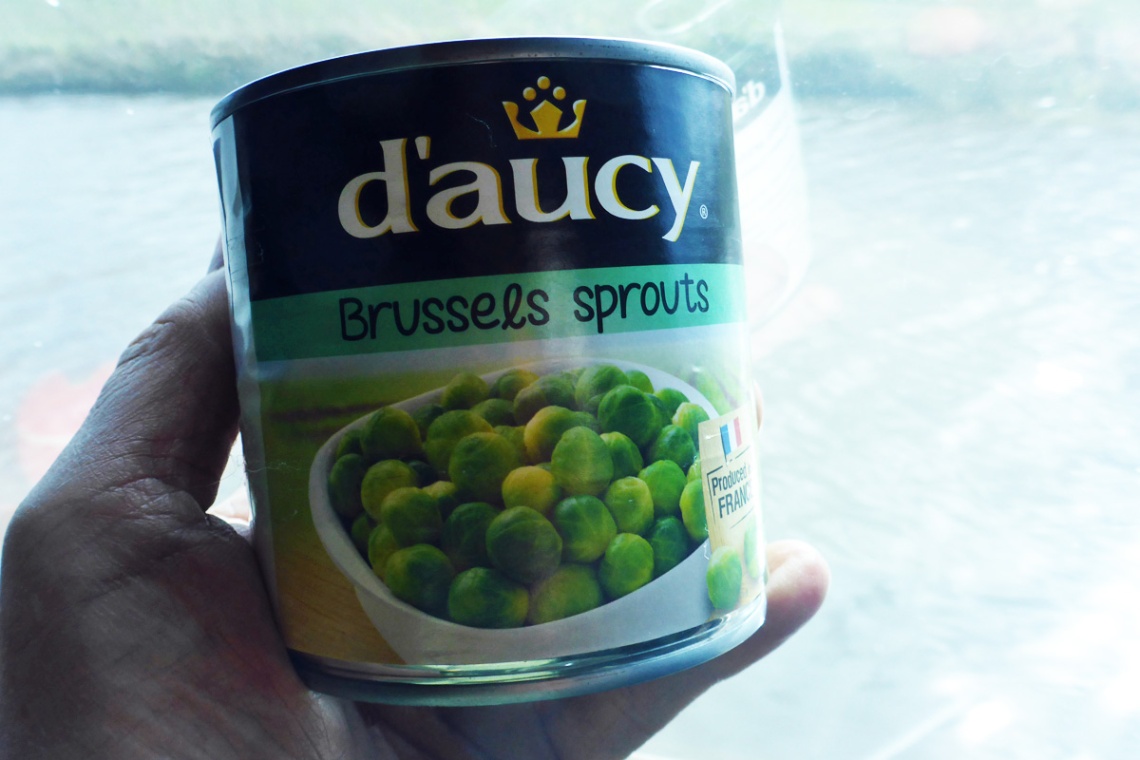 The trains are still passing on the (quite busy) railway line just up ahead – I wonder how long that will last for, will the Prime Minister bring them all to a screeching halt? One thing that I have not spotted at all so far while here is the usual twice-daily, once to Cumbria and then back, nuclear “waste” trains. Are they still running or are we sending that all by sea now to North Korea or something?

Right, I’d best get on with my jobs because if I don’t do them they won’t get done.

Hope that wherever you are, if you’ve had wind, that it amounted to nought but a fringe in disarray, or a mild and brief ballooning of the underwear.

The forecast here says 40mph for this afternoon. I laugh at such winds now, ha ha ha.

I wonder if the forecast is as (in)accurate as it was for last night?