Even the occasional “short Virgin” passes by. They are now run by an Italian company called GenItalia, or something such. Dickie “Gizzabillionbucksortheairlinegetsit” Branson has given up on trains and retreated to one of his islands with just a minimum few thousand domestic staff. 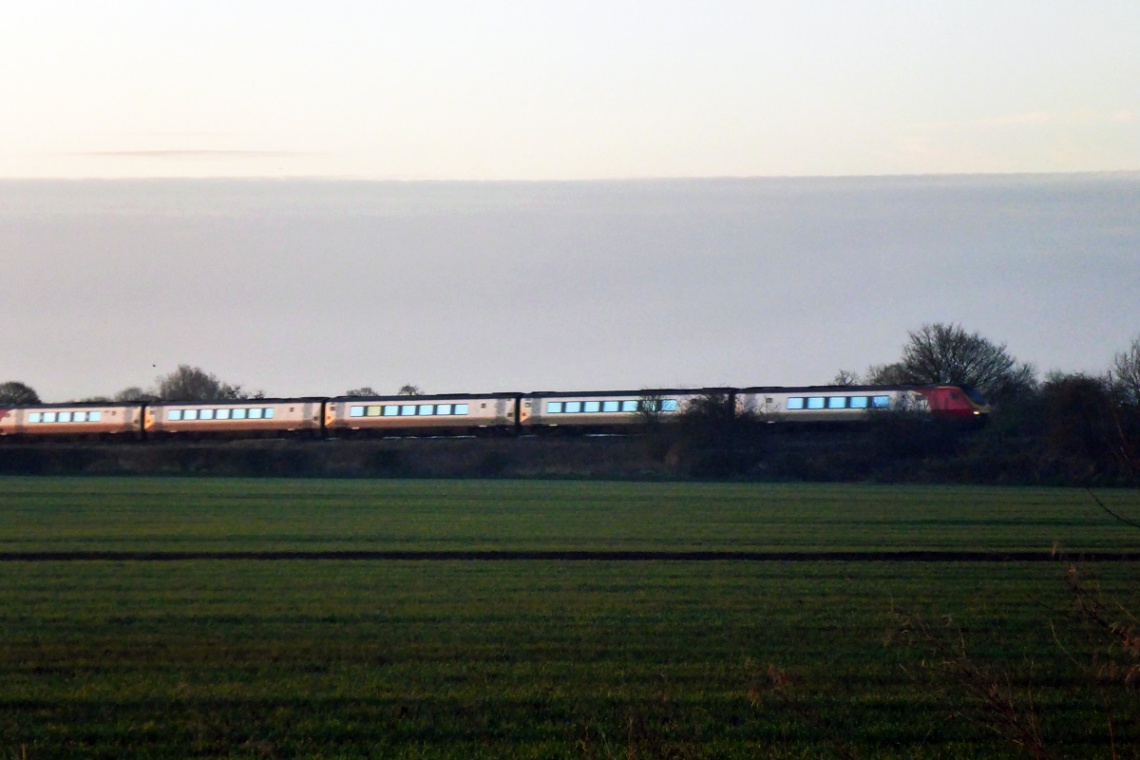 There are rumblings on what passes for “news” services these days hereabouts that the trains are going to be much reduced, but I can tell you from just watching that they already have been, and those that have been running have been mostly lacking passengers.

I got a ride out in a motor car yesterday. I was like a dog going to the seaside, but without the seaside. Got to see the inside of a wholesale warehouse while a mate was making his purchases. Roads there quiet, car park paradoxically busy, people all in a certain mood, many of the shelves denuded. Some folk looked askance at the trolley piled high and destined for the shop shelves, but there was just one (supposedly) “barbed” comment, something about “a party at your place is it?” The staff at the warehouse were not braining very well, although to be fair and to be honest, I would imagine that they are probably a bit wearied by now. 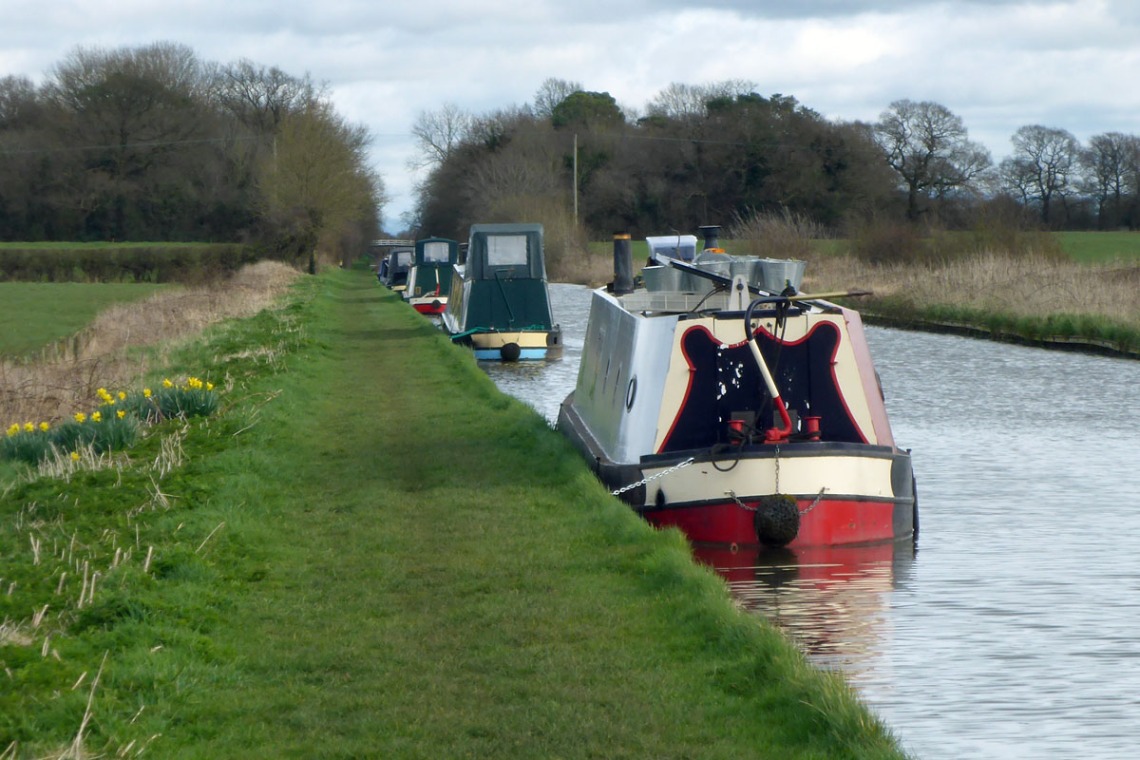 Gentlemanly and generous “git gaps” are being maintained between boats (except when the occasional share-boat hoofs up for the night); we’re not shy on mooring space here at the moment (or indeed at most times).

Formal individual (personal) arrangements have been agreed with the Regional canal mandarins, and Messrs Hutson and Wolsey will be found in, around and about this area and little other for the duration of the current Interestingness of Times. The very nice Regional gentleman expressed an interest in my forwarding to him any and all notices of mooring regulation botheration for his attention.

I suppose that he’s as short of toilet roll as are the rest of us.

He didn’t ask me to but I’ll put a hole in the top right corner of any over-stay emails before I forward them, so that he doesn’t have to bother, and may hang them in his brick out-house without delay.

Spring is doing its best to force a way through, doubtless some people are panic-buying daddofils and – what is it? – hawthorne blossom? Mesnotgoodonplants. 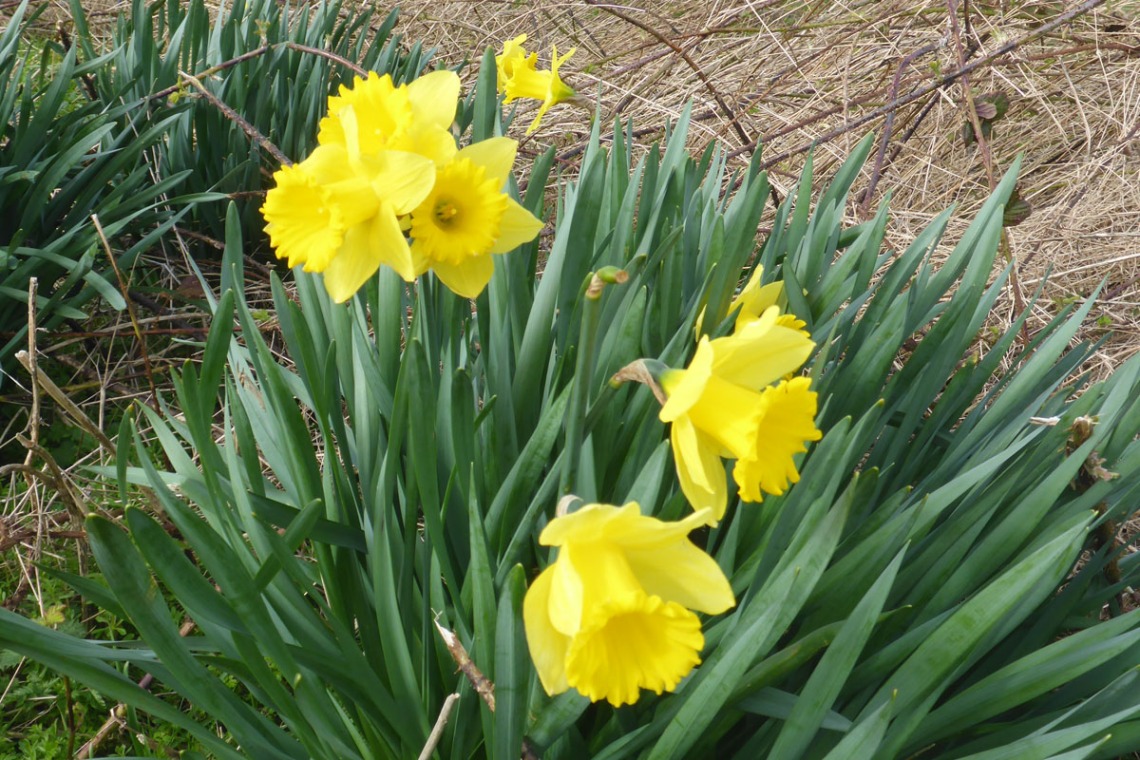 Mr Stove is still very much required, but we’re back into that period when he’s lit, forgotten, missed, re-lit, allowed to burn out, re-lit, set in for the night, forgotten… 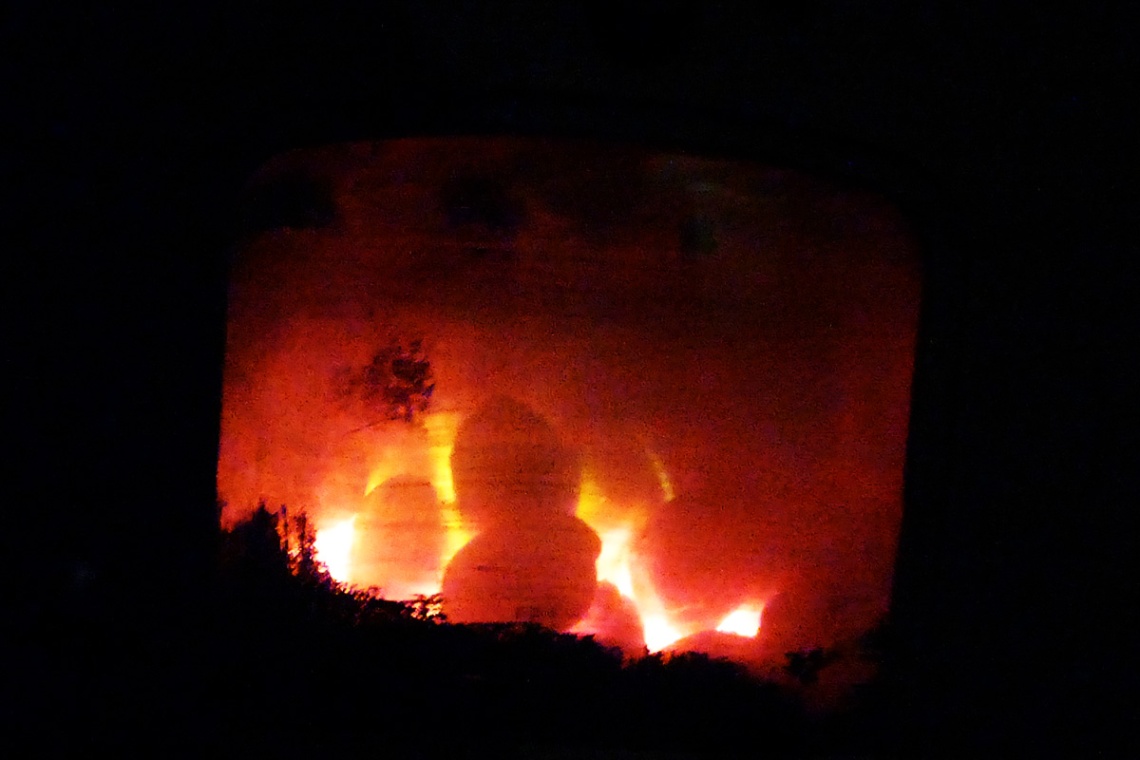 While I have nothing but praise for the individual, real, grunt workers of the Canal and River Trust – both salaried and the trillions of volunteers (who are tasked with some surprisingly meaty and demanding jobs to do)…

At the setting of the sun we will remember them (but in their, executive case, for all of the wrong reasons).

By way of contrast yesterday, after an email from that certain organisation reminding me of the expiry of my boat licence next month and of the recently-reduced methods of payment that they accept, and what was perhaps the most insipid, content-free, hippy-dippy email bollocks from the National Boating Officer about how they would all be working from home and wasn’t it just frabjous to be wellness by water yeah?, I received another email, this time from the National Bargee Travellers Association. An email packed with information, advice, links to resources and with details of real-world physical groups in formation to help out.

This from the national, “professionally run” body:

This is the sum of the total on their website, in cahoots with a similarly insipid p*ss-weak page of nonsense labelled “FAQs”. 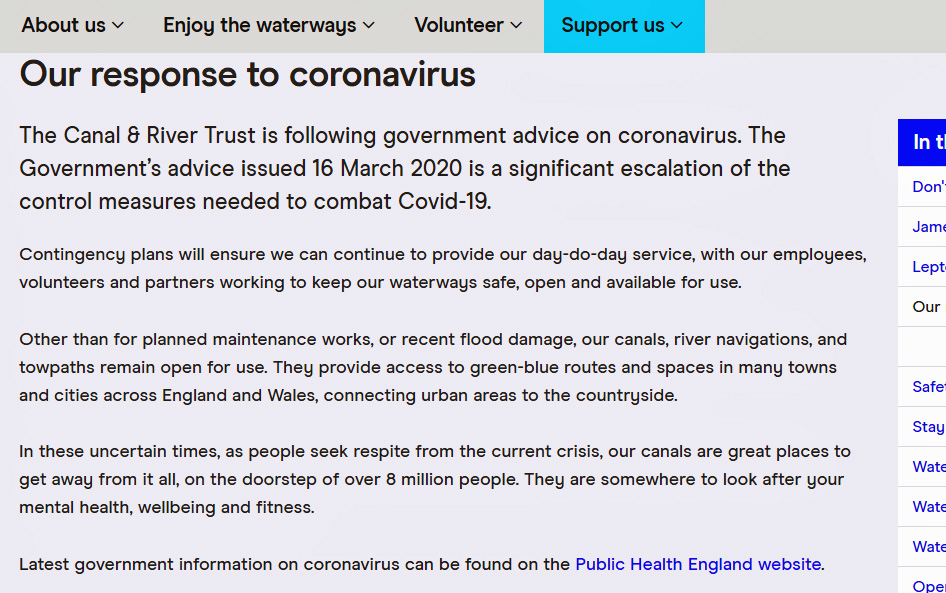 Yes, that’s cropped, but I haven’t cropped any of the “content” out. That’s the sum total.

10,000 people live full-time aboard about 6,000 boats on that certain organisation’s responsibility of canals (I am using “responsibility” here as a freshly-b’gered-about collective noun), and n’ery a word except, perhaps “do carry on as normal, don’t forget to pay your licence fee before you die, and don’t let us know how you get on because we’re not really interested”.

That was what motivated me in the total absence of any Duty of Care from National level to make my individual arrangements with Regional level.

Sometimes, when the metropolitan “skinny jeans, coconut-latté, gimme my MBE now wah wah wah” executive of an organisation digs a hole for itself there’s really no way back. They’ve had a (long, long, long) chance to shine this year, and they have chosen instead to be thoroughly lacklustre, as dull as a dead duck’s arse.

Footballers (Manchester) are opening their (retirement fund) hotels gratis to health workers for the duration, retired medics and nurses and doctors are getting out of their slightly damp high-backed recliners & slippers to go back to work in hospitals, pubs are setting up local meal delivery services for crusties, cruise companies are offering cruise ships as makeshift field hospitals, neighbours are checking on neighbours.

Meanwhile, that certain executive of a certain canal organisation (not the workers, the executive, the corporate gestalt) is just giggling inanely, thoroughly out of their intellectual depth and with something warm trickling down their little leggies. Canal Central is sending out licence reminders and exhortations in re ostrich-style denial. The utterly indecisive, totally non-committal, opposite-of-pro-active and unvaryingly vanilla line that the poor b’gers on their official social media staff have been given to peddle is cringe-making and embarrassing for all. 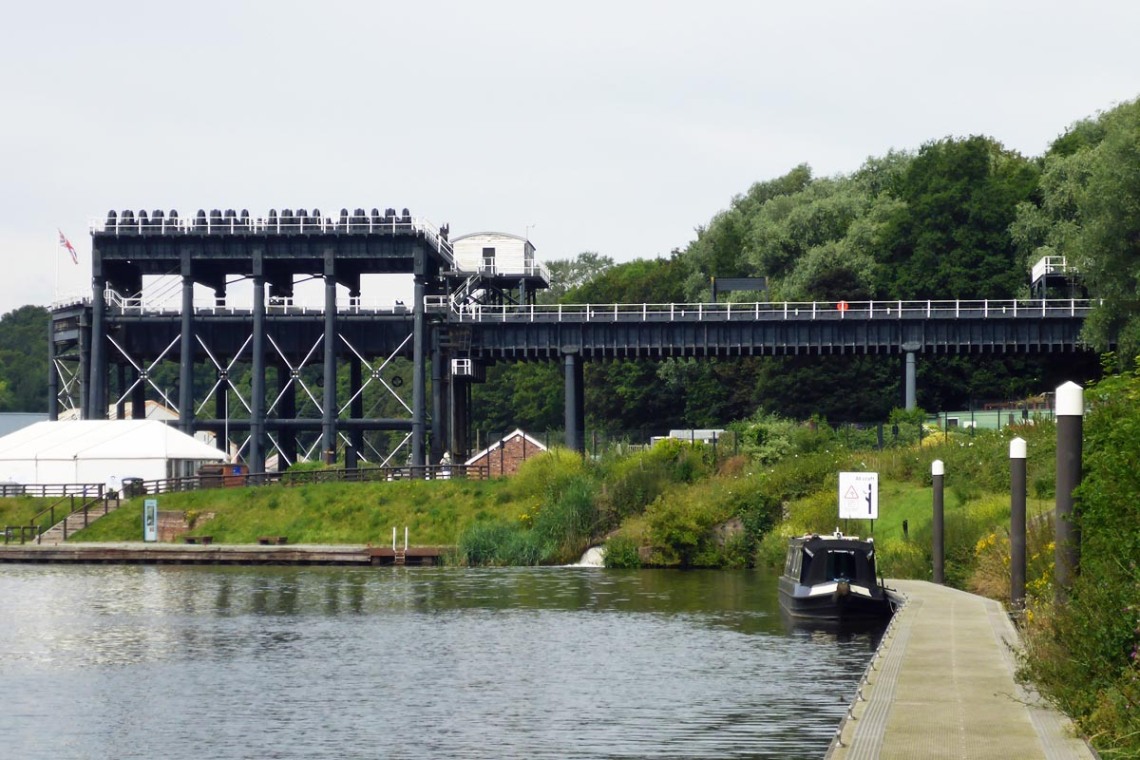 I do hope that wherever those supposed to be in charge of this organisation are, a grown-up finds them soon, buys them a toilet roll and gets a policeman to take them safely home. 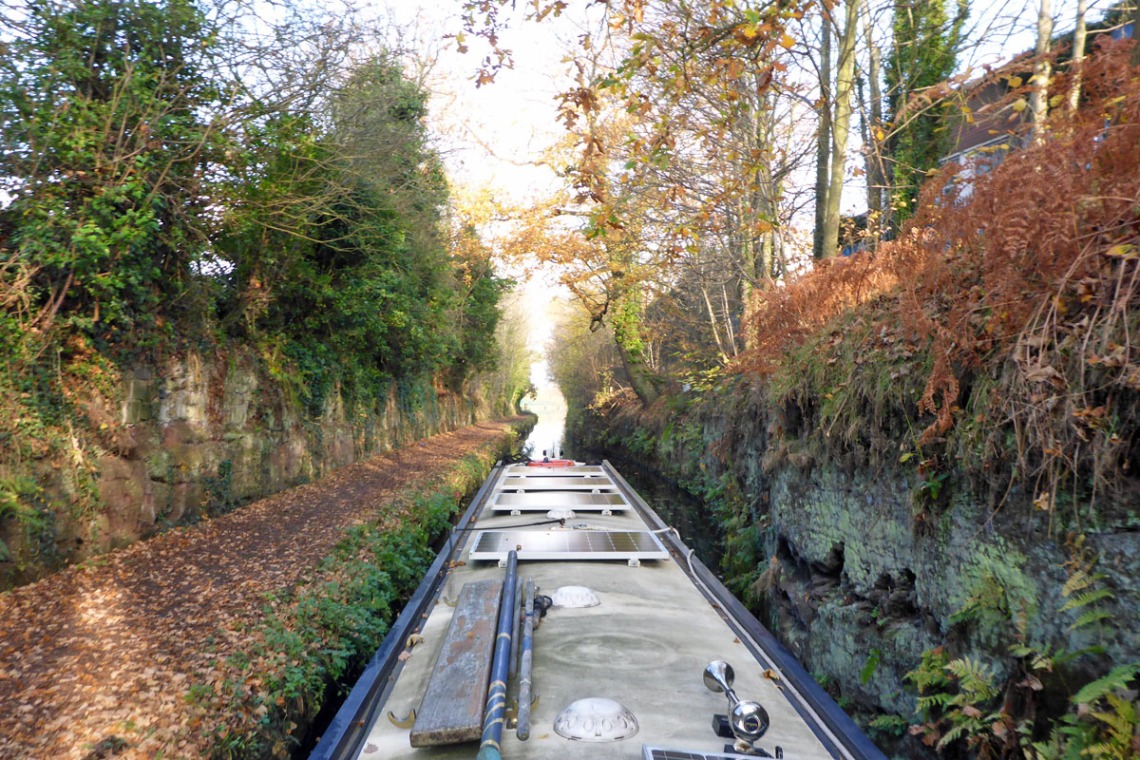 The rest of us – and the workers of that certain organisation (I really don’t want to be unfair and tell you explicitly that I am referring to The Canal & River Trust Executive, that wouldn’t be polite) – well, if you’re anything like me you wake up of a morning (if you’re lucky), take a couple of deep breaths to listen for rattles and gurgles and are then pleased to be able to begin at least one more day of bug and riot avoidance.

Today I will be, as advised, mostly inside the boat, but I needs must also mayhap venture out – nicely distanced – for potable water (coffee and cooking), possibly a gazunder and – depending upon the evidence of the stick – diesel.

I hope that you’re all doing well. Keep safe, keep happy, keep cantankerous, stubborn and grumbling (a bit of self-awareness creeping in there), and do, whatever else you do, not let the bastards nail your coffin lid down just yet, please.