A rare photograph of yours truly, courtesy of Mr Snowgoose-  thank’ee. 🙂

No idea who the white-haired old git in the flat cap on the back of my boat is. It can’t be me, I’m only thirteen and three-quarter years old (inside).

The day dawned sweet and still and misty and moisty and the madness (eventually) came upon me. All leisure boating on the canals has been suspenders for the duration of The Blitz but, obviously, if you live on your boat as I done do, yous got to move occasionally for water and wotnots. Moving for essentials is thus officially sanctioned, and in an incredible back-flip, CaRT are now spotting and complaining of boats moving too far. The world is indeed full of contrarian wonders, far too many of them, CaRT included. Today, I moved. Half a mile in total.

Wasn’t entirely convinced that I’d remember how… after so long being moored up.

Turns out that moving a narrowboat is just like riding a bicycle, except that there are no wheels, you’re standing up and on a boat, not a bicycle – and everything’s 57′ long and steers from the rear but only when you’re going forward, and there are no brakes. It’s nothing like a bicycle at all really, except for the bell on the handlebars. Boats don’t have handlebars, so even that’s wrong.

That which ought to be full is now full, that which ought to be empty is now empty. I thought I’d have a change of scenery and moored up just through the railway bridge, shy of where I had previously been. Beginning to wonder though whether I have done the right thing, or whether another mini-scoot onwards would be in order, so that I mun not annoy the neighbours so. I’ll wait a while and see.

Thank’ee to Sue and BJ of the Chandlery for the servicings and the distance-natter. Good to see you both again in real life, after being confined to the interwebnets for so long!

Sunrise today was most impressive, with a nice and lingering mist. 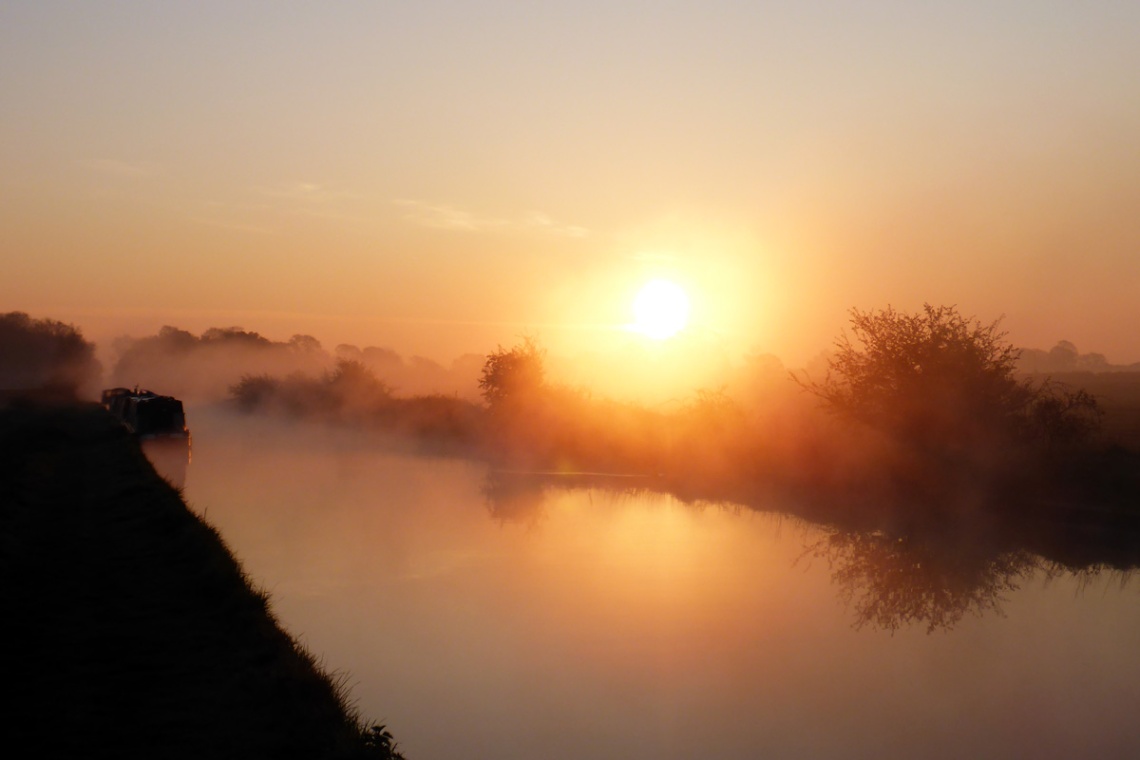 One train thundered by, still in the old (ugh!) “Virgin” colours. I can still take those old panning shots, even when uncaffeinated and in the morning chill. 🙂 This train was not sparing the horses, and was going at a nice lick. 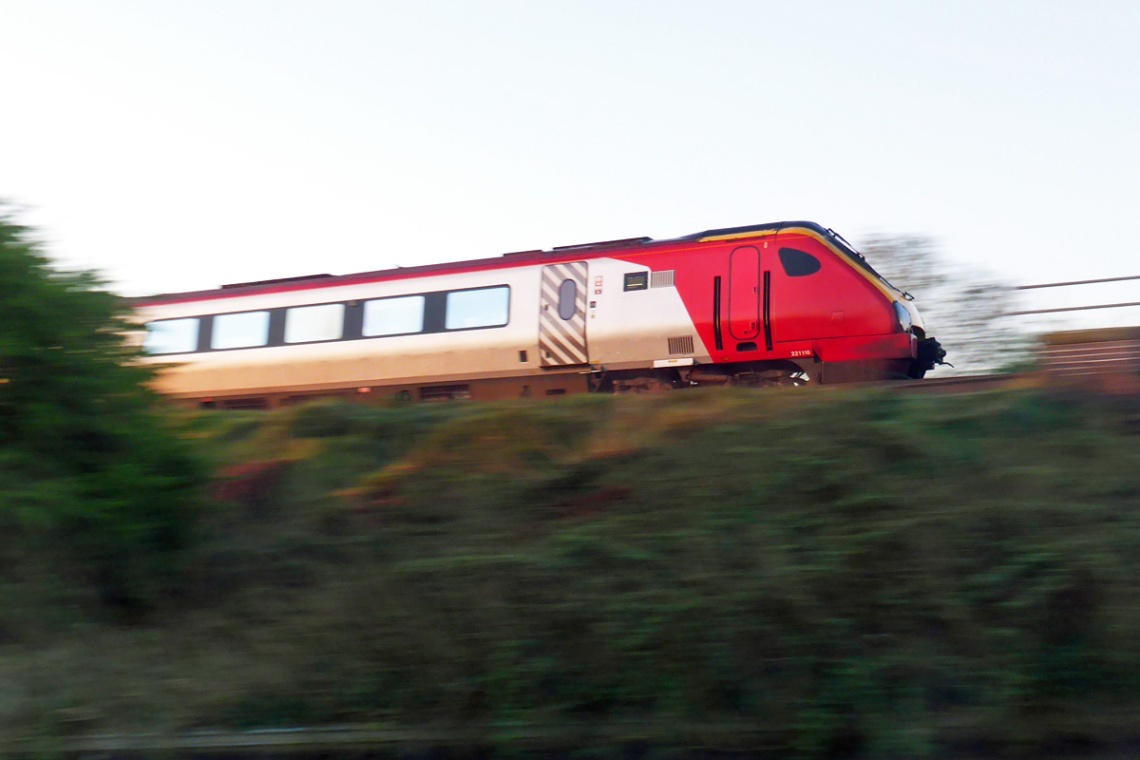 …and, at one stage, two ducks in the water. This is much like three coins in a fountain, but with no coins and no fountain. Actually, it’s completely different. Coins don’t quack. Ducks aren’t – yet – legal tender. 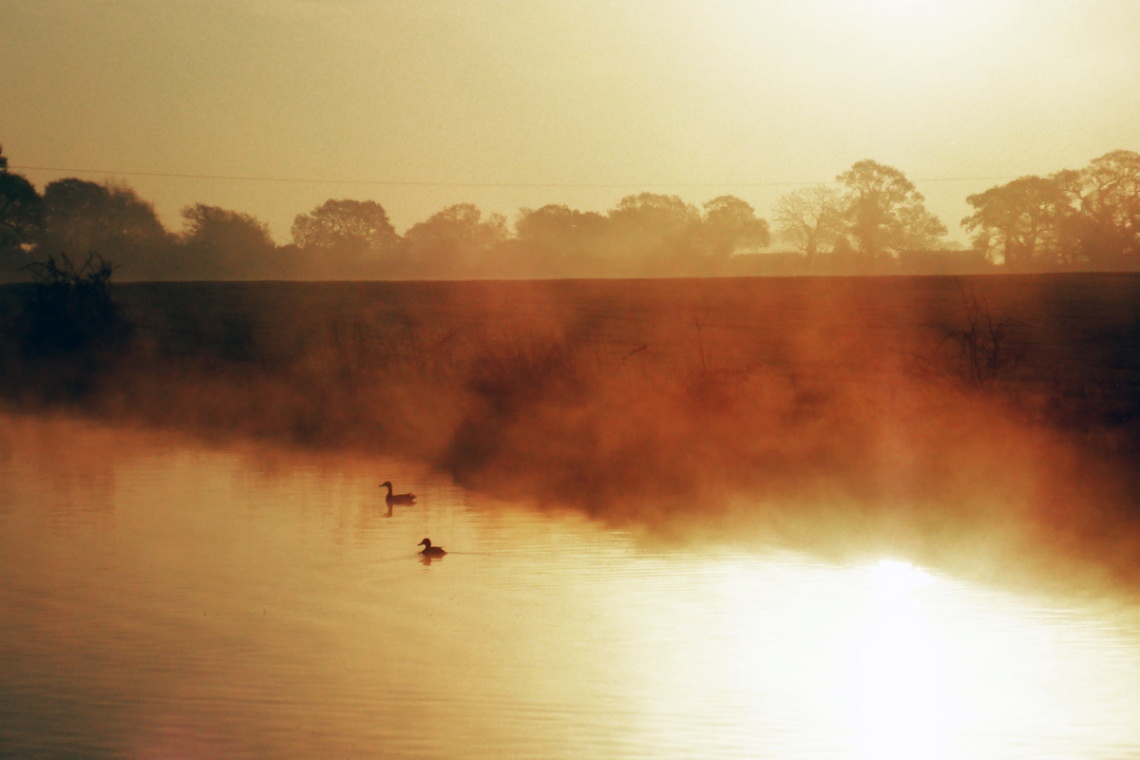 Don’t put your ducks on the stage, Mrs Worthington.

So, when Mr Deputy-Dawg O’Boris announces later today that we’re all confined to personal quarters for three more weeks at least (and I reckon it should and must and will be much, much longer than that) I can remain here, hunkered down and annoying the neighbours. Or I could move a little and not annoy the neighbours quite so much and still be hunkered down. I don’t know, it’s a novel feeling facing eastish instead of westish. For one thing, in this orientation I can open the side-hatch, it’s facing out onto the canal.

Mind you, the moment I open it I’ll be mobbed by starving ducks and geese, and leapt at by vast 3’+ carp and pike.

So that was the day that was. Water and diesel and gazunders. Had to oik the Cardinal along three or four yards from where we initially stopped, just to place the aerial into a wee puddle of the The Mobile Interwebnettings Signal. Two bars of 4G is fine. Roll up, stick one line out on a nappy-pin, nip inside to check the router display – groan – back outside, unclank the nappy-pin, tug on the centre-line a while, reverse the process… &etc.

Seems that all that I can do at the moment to be useful is to hide away. You there! Hutson! Stand still, laddie – sit indoors and don’t go anywhere much at all! Yes, sir! Can do, sir!

Well, if hide it must be, and it seems that it must, then I’m going to give this thing the hiding of its life.

Chin-chin for the mo., Muskies.