In re the lead photo. Yes, that’s an uber-busy “A” road. Some several dozen new-build houses built (“built”) where a pub and some countryside used to be. I’ve watched them being slung up. No-one’s moved in yet, but Ticky-Tacky Towers advertises prices from £569,995 (roughly just shy of $720,000). Yes, those to the right of frame are terraced and those larger ones advertised as detached are mayhap 18-24″ apart. Just to the left of frame you can see the cab of the first lorry in the layby, a layby where truckers like to park overnight, leaving their refrigeration units running.

I wonder which the new NIMBYs will tackle first – the horrid lorries making noise in the layby or the ugly narrowboats making noise at the junction and on the moorings?

Answers in re the odds on a postcard please, along with the entry fee (a ten-shilling Postal Order crossed and made payable to ‘Both, Silly’). 😉

The rather belchingly exciting name given to this new luxury housing development is… dunt dunt der… ‘The Moorings”.

I’m on those self-same time-restricted moorings by the junction – moorings that the canal rozzers refer to euphemistically, with just the hem of their gentrification petticoats showing, as “visitor moorings”. There are mooring rings and armco. Some dimnut who’s just pulled in behind me is banging in pins. 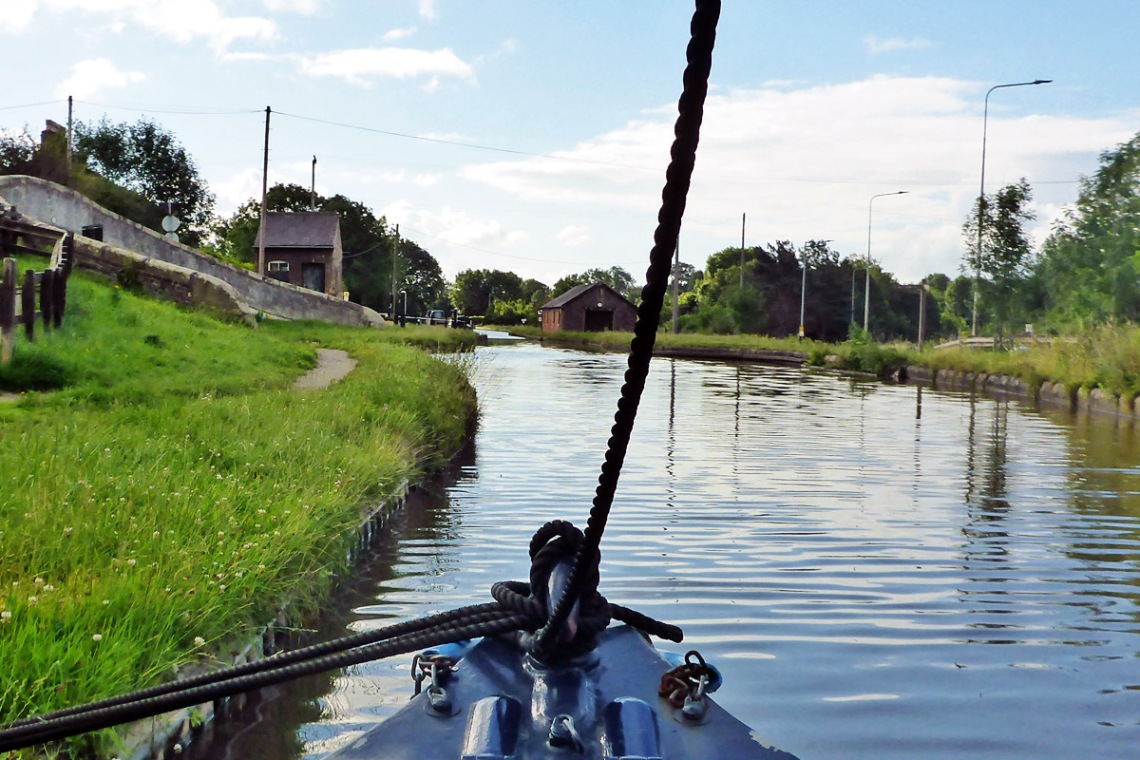 Don’t ask me why. This is The Morlock Apocalypse, and it doesn’t require a genius-level brain to live underground, exhibit cannibal tendencies when hungry and be afraid of a Victorian chap with a box of matches.

The view ahead is the Middlewich Junction, and this being the second weekend of “it’s all over” freedom on the canals, there ought to be a fair bit of traffic in, out, sideways and up the concrete edgings.

Through the bridge, to the left of the photo above, is Moorings Alley (below) where Mr “No Horns Please I’ve Been On The Canals Since The Romans Went Back To Rome” lives (right by the junction, where you have to use your horn, for obvious reasons). Through there is the Hire Company Boat Yard & Chandlery With No Personality To Speak Of. 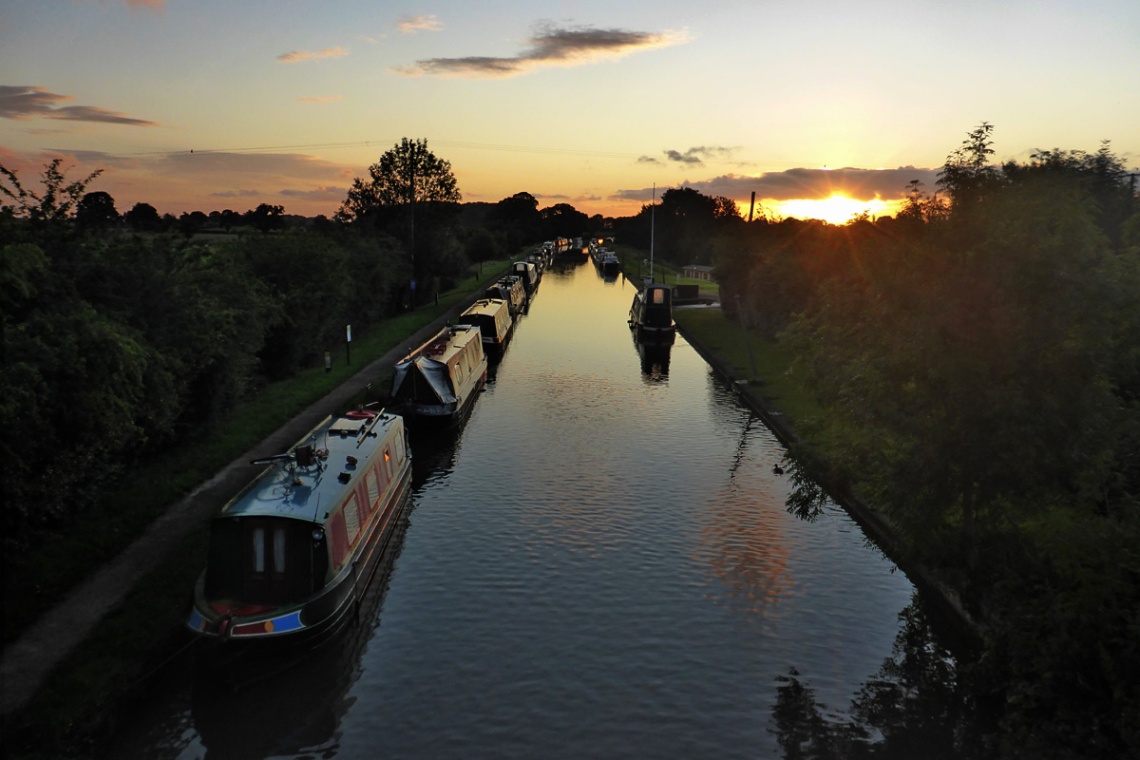 When I awoke this morning at Silly O’Sundial the madness was upon me. I rang down to the engine room for Full Steam, took us down to this very junction to wind, back up to Calveley to use the Services and then back, a little way past our previous moorings to land up here for a couple of exciting days. Five miles, no locks, Anglers: Grumpy – one, Anglers; Cheerful – two (bucking the usual trend), and one boat moored in the winding hole at Bunbury. The winding hole that Anglo-Welsh think that they own (but don’t). 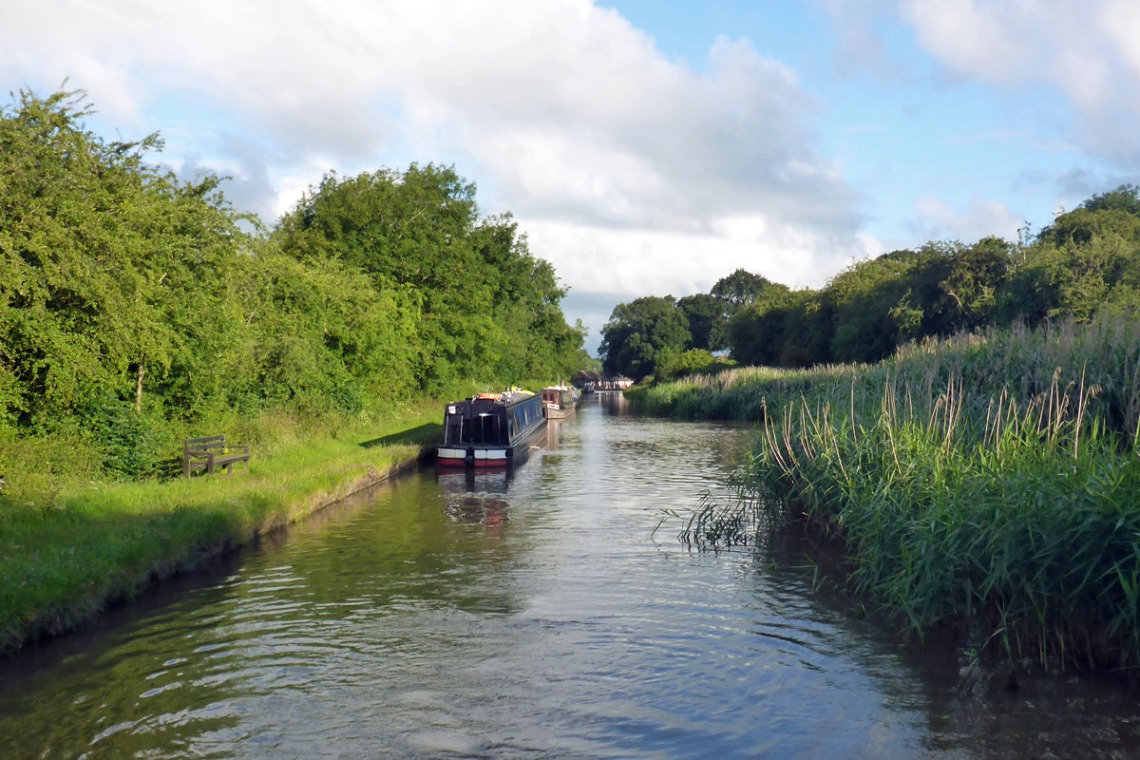 The Cardinal’s 57′ long, but I wouldn’t fancy anyone’s chances of turning anything longer (narrowboats are in general anything up to 70′ long – and one or two, longer still). 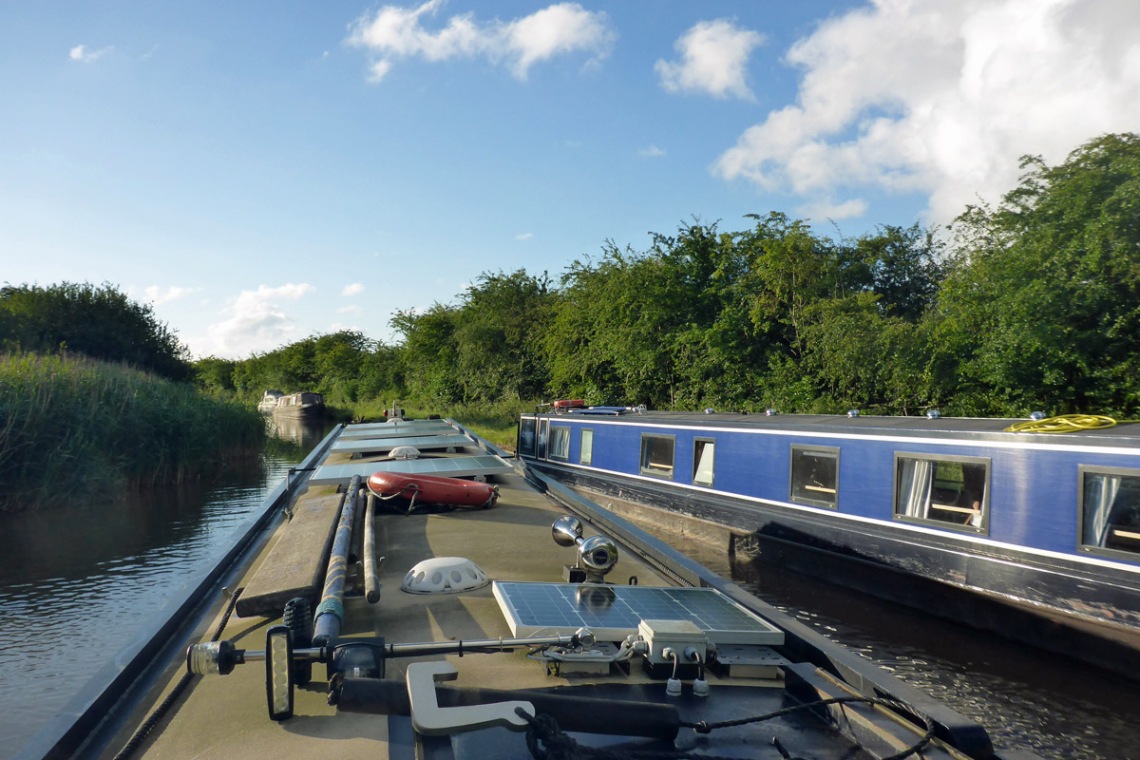 Silly O’Sundial is still the best time of day in England, even though there are more people out and about now than there were not so long since, when we were all still sillily dying to death of The Death Dying Plague. You know, before it all miraculously went away. Before the government made us all safe again.

The clouds were a bit playful. 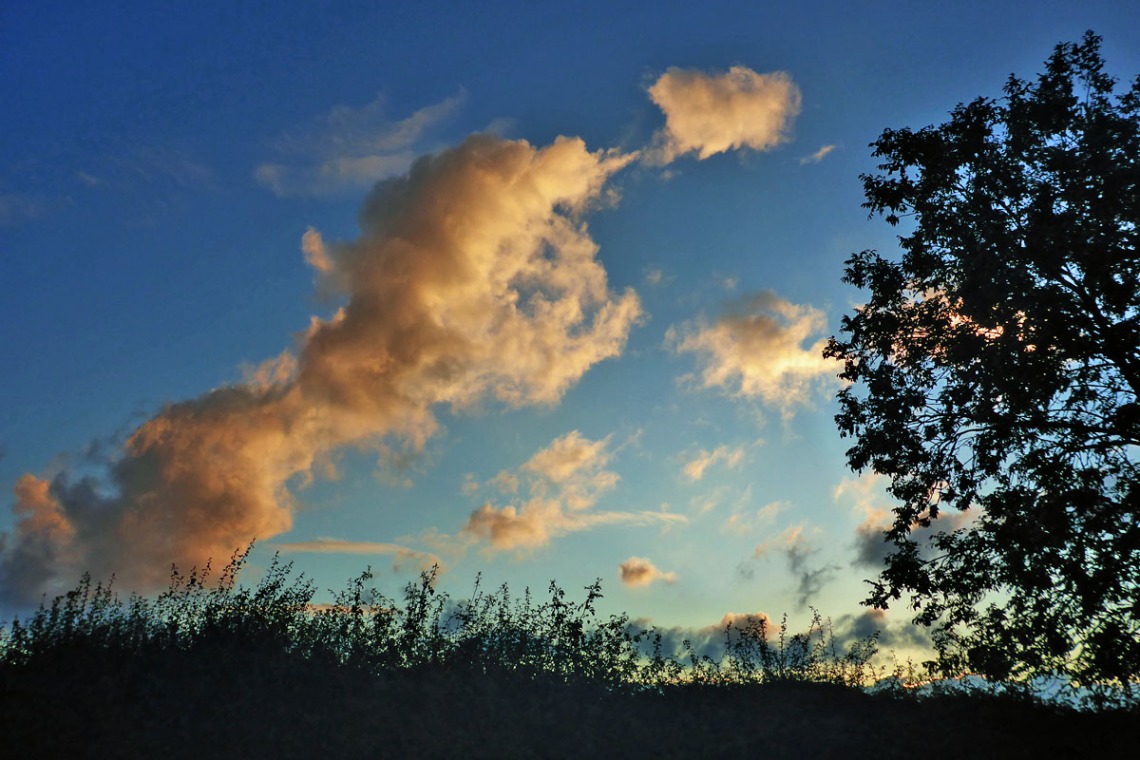 Although I am not convinced about Sunrise Over Texaco… 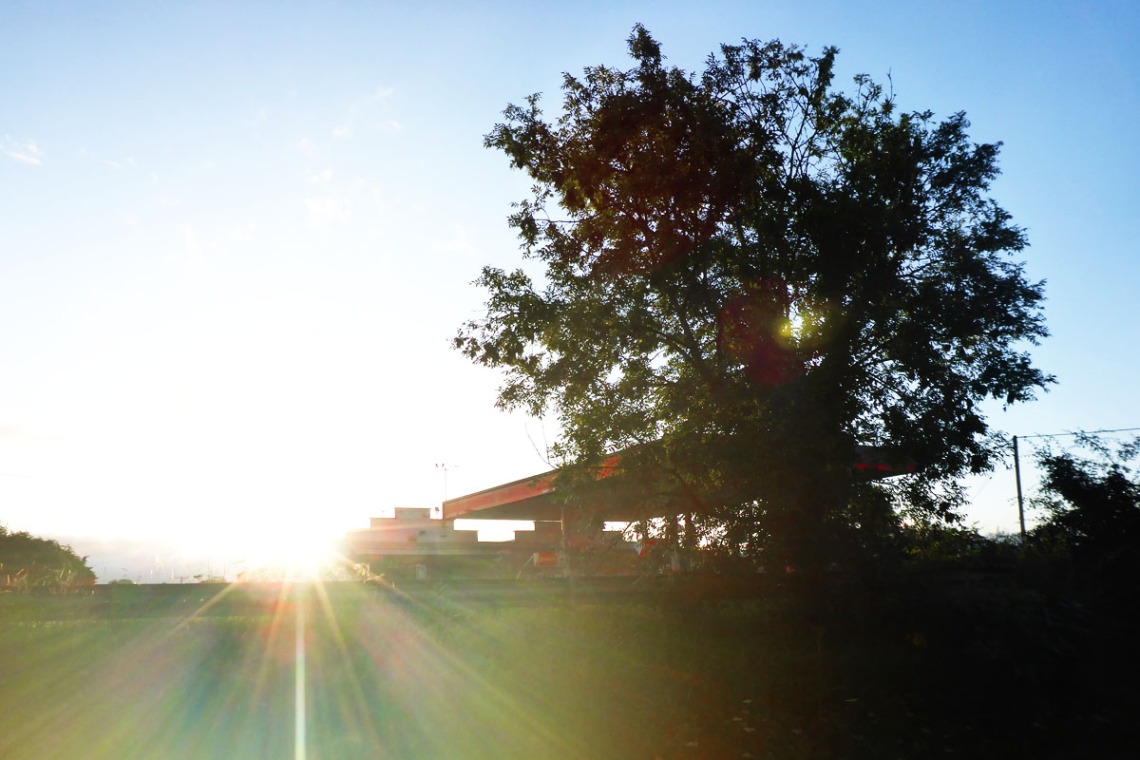 Five of your Earth miles, the Cardinal and I were done and the planet tied safely back on before eight o’clock. Coffee then ensued.

An early brunch lunch came not long after.

I shall have a spot of boat-watching while I digest, and then put some more coffee on.

I suppose that I ought to get dressed soon, too.