Lead photograph and photo below © nb Snowgoose, who is currently moored in the marina with a grandstand view. If you Twit, he’s @nb_Snowgoose. Ta very muchly!

Friday around Cholmondeston Lock and Venetian Hire Boats & Chandlery and Venetian Marina was bordering on the deliciously insane. It was not dissimilar to Cowes Week but with more narrowboats and even less organisation.

Today though, there is, as I type, a queue of some eleven boats waiting to come up the lock (plus “nb Jessica”, the one to left of frame above and which is wot as has grown roots there since the plague began – and which is causing mighty confusion with the queuing system). I have no idea how many boats are waiting to go down the lock (my laundry is in my way, drying on the well deck, and I’m not going out into Zombie Land to look).

The lead photograph shows the queue nearest the lock, the second photo is towards the railway bridge below the lock – and those two boats yonder side of the bridge are in the queue too.

Doubtless a lot of folk are out there thinking “gosh, what fun!” – but some of them are looking awfully miserable by the time (an hour or two’s delay at least) they make it up to the Cardinal. Where I am moored above the lock a number of boats are screaming past, a crew member dumped onto the towpath with pre-warmed windlass in hand and sent running ahead to prepare the lock… there’s little point in trying to warn any of them that

a., there’s a chuffing great queue

b., sodski all in the way of space to moor before the lock.

Yes, I know, it’s all too much to contemplate and I too shall need a long lie-down on a cold patch of lino after finishing this blog post. You’re not alone in requiring use of the fainting-couch after seeing those two photographs. If you’re going to sue anyone for “Narrowboater’s PTSD” then sue @nb_snowgoose – he took ’em, not me.

Not being so green as I am cabbage-looking my day began at about 04:00 – and I was up and about, washed off the solar panels (ready for the laundry, electrickery for the supplying of – thank you kindly to Mr Panel, the inventor of the Solar Panel), had stolen a semi-decent walk and was back sat sitting on deck listening to the birds entweetinate by 06:00hrs. Thereupon I had a small supplementary snooze, a litre of my usual caffeine brew, a quick read of the entirety of the interwebnettings and commenced washing my smalls in a mild vinegar-sulphuric acid solution (it brings up the colours like new).

Is the day more pleasant at Sparrow-Scratch O’Clock? You decide…

Smoke on the water.

Fire around the bend. 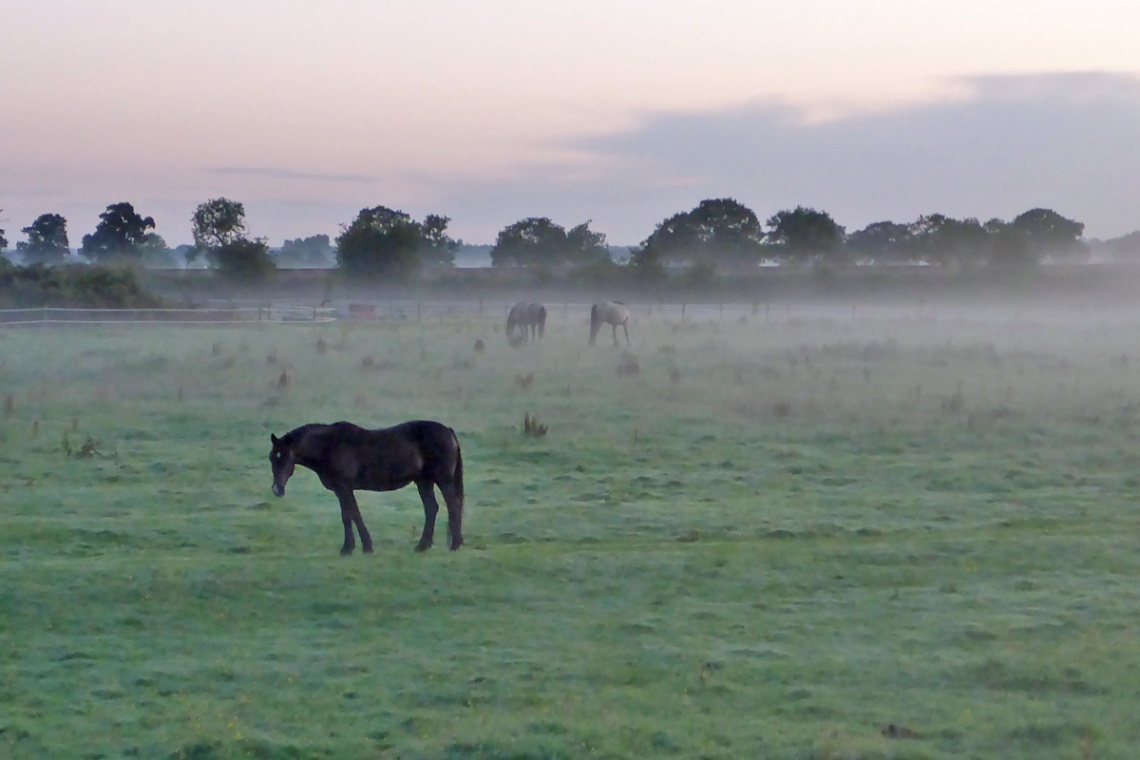 Horses in s spot of mist, aware of being watched and trying desperately to fart without following through.

Some sort of new-era tribal totem – do this, don’t do that, don’t even think about thinking for yourself – we’re in charge whether we’re here or not, got it?

Dogs have the correct amount of respect for signs such as this. If there’s nobody around in the mornings, which is usually the case, I often follow their example. 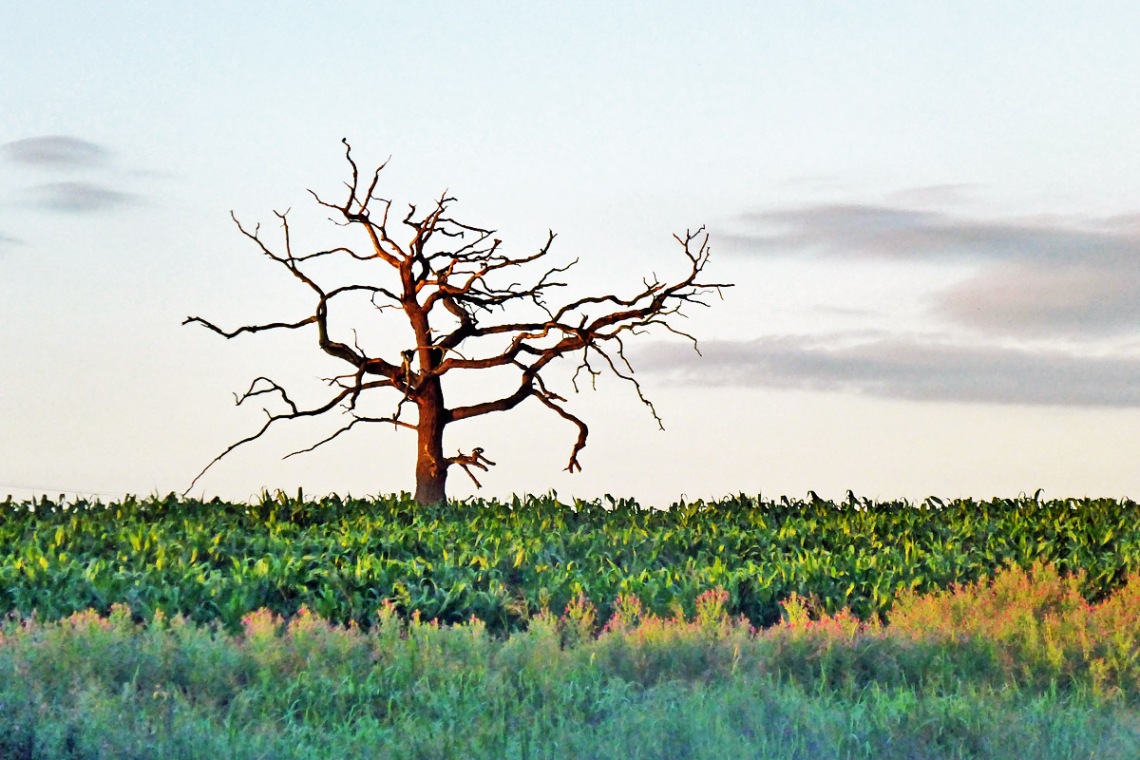 I rather like this tree. It’s dead as a dodo, but then so are many of the people that I love and/or admire. Increasingly so as the years roll by. This is my Hammer House of Horror Tree Number 1.

This, though, is Hammer House of Horror Tree Number 2.

Aside from me in my body-building days have you ever seen a better rotting trunk? Yes it is as big as it looks, it’s huge. 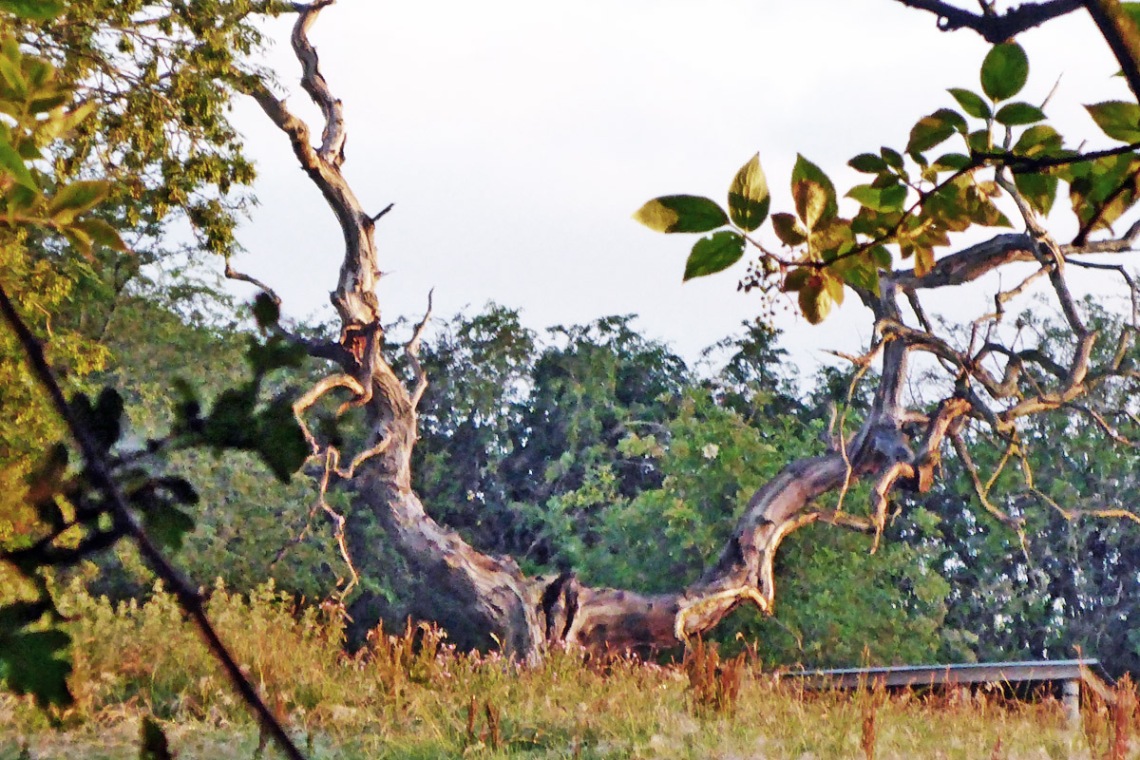 At least, I think it’s a dead tree-trunk. When Ents go bad. I think it’s waving its huge arms in the air and shouting whaaaaa! at some unfortunate rabbit.

Apologies for the not-so-great photo – the thing can only be seen through a gap in a hedgerow and on zoomination mode. Besides, would you go closer than you had to? No, you wouldn’t, and neither would I. Hammer Horror rules – never investigate the noise, don’t go outside, never approach the weird-looking tree stump.

At that time of the morning the winding hole is nice and peaceful too. No-one engaged in a life-or-death struggle with 70′ of traditional steel and a couple of twirly-wheel controls to a vintage engine. 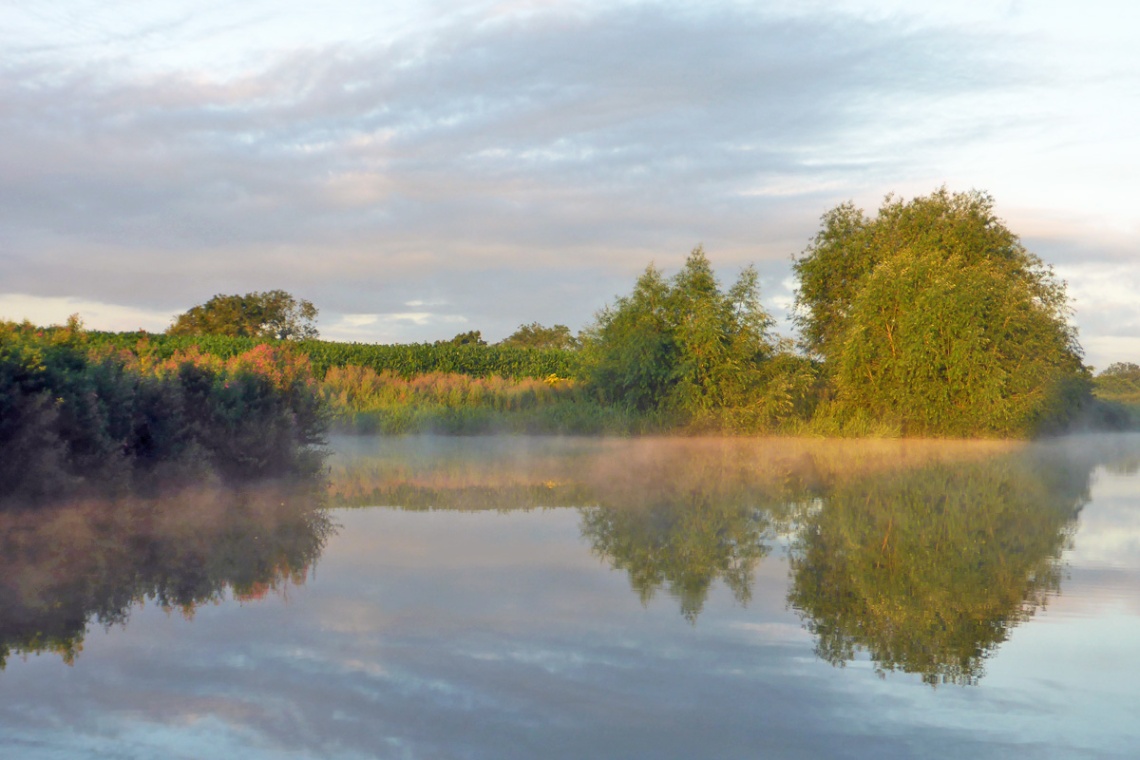 Once Mr Sun comes up fully of course the changes begin.

Ducks begin working the crowd, nothing more than beggars with electric voiceboxes.

Then the day – as far as I am concerned – spoils.

Out come the joggers – including one delightful chap from the boat moored ahead today who returned to his boat after his three-hundred yard marathon and spent sixty magnificent seconds clearing his nose onto the towpath. You know, that thing where primitive people cover one nostril and snort snot through the other. Right in the middle of the towpath. Presumably, too much trouble to step aboard and find a tissue (and some privacy). Ugh.

Out then come the… people. This is when I withdraw wholly indoors.

This is when I then rely upon @nb_snowgoose et al to send me knews of the horrors going on in the world!

I have moved about in daylight quite a lot – winter, mostly. Once, in summer, I went up the Limpopo River – well, it was the Llangollen Canal, but near enough same thing in summer and holiday season. Once I came past Hurleston Junction in daylight and came very close to being lynched by the queue for the locks, none of whom seemed inclined to believe that I was not for the turn but in fact headed for the far north, Barbridge, about two miles away.

It’s murder out there on the canals. It can be a close-run thing even when moored and inside the boat, witness the “butter wouldn’t melt” old couple who came up from the marina yesterday, decided that I was too close to the winding hole (half a boat length, and it’s a very big winding hole) – and “buzzed” my boat as close as they could (even though the manoeuvre then left them in a much worse position to turn than had they just got on with it). You know who you are, I know who you are, and, as I said to you at the time, if you have some point to make then do, please, make sure that you really have some point to make. Otherwise you just look like – well; you, and that’s not terribly clever, is it?

In this season and what with the plague death pandemicski virus all gone and finished with now, there isn’t really a corresponding sweet spot to the day in the late evening – for that is when the second wave of joggers comes along, and the night-anglers begin wheeling their vast – truly vast – wagons of essential angling equipment along the towpath. In a way I wish that there were some quiet period at the end of the day, then I could watch the sun go down as well as watch it come up.

Oh well. As Father Christmas in Harrods once told me when I pointed at a nearby real, full-sized but perfectly-formed blood-red Ferrari Berlinetta Boxer, you can’t have everything son, take your crap mystery box toy and p*ss off, my knee’s beginning to ache and anyway, at thirty years old you’re not really supposed to be in the Christmas Grotto, are you?

With luck tomorrow morning will be as pleasant, today’s laundry will have dried – and I can make a start on the rest.

Gosh, I know how to live.