So in immediate celebration I am cookering a hot meal. A curry to be precise. A “Whatever is in the cupboards in packets and tins” curry. In my rinky-dinky new slow-cooker. On solar power only. Technically this makes my slow-cooker a slow-cooker powered by nuclear fusion. You don’t get that on the Queen Mary, no matter how posh a cabin you book.

This is the first test for the wee beastie. I’ve test-tested it before, but not in calorific anger, just to make sure that it worked nicely and that the inverter was happy to speak to it. The beast is all of 120W, so with a nice and bright day the Cardinal hardly notices it.

I’ll let you know later if clouds stopped play. 😉 The solar panels, magical creations that they are, only require light not heat in order to produce three and a half Dianne Abbott’s worth of electical megawattrickery, so this ought to be a cookinary experience available on bright winter days too. Time will tell.

On a similarly dis-seasonal note, I’ve got another gazmo and gidget to try out come autumn’s cool, stove-favouring weather. A “fire basket”. Quite literally so. A basket for the fire.

The idea is that it is easier to keep coal, kindling, logs and wotnots in a much more efficient burning arrangement with the basket, reducing fuel consumption, reducing wear and tear on the stove, and increasing the number of ickle bickle orphan kittens hugged per capita in the Balkans. I am hoping that it will also ease the seasonal disagreements that Mr Stove and I have over philosophical matters such as ‘light, you miserable b*gger, light’. It’s such a damnably simple and sensible-looking device that I can believe good things of it.

Designed by Pat Pending, and available from all sorts of reputable sources including, of course, Venetian Hire Boat’s Chandlery. Pat Pending must be one of the most prolific inventors ever in the history of mankind.

Gossip? Scandal? There is none.

The Middlewich Branch (not that I am on it a.t.m.) was closed for miles by some “pollution incident”, although whether diesel-based or Elsan-based the Cyclist’s & Rambler’s Trust’s semi-incoherently-worded notification did not say. That it is open again is good news, not so much that I want to use the branch for a day or four, but because other boats will be able to lose themselves up whatever creek suits them, and thus the better keep out of my way. 🙂

The “braying hooray” boats that were moored up ahead yesterday afternoon and overnight have, praise the Lard, moved on to annoy pastures new. They looked like trouble the moment they oiked up on our bow, and sure enough within eighteen nanoseconds of tying up out came the chairs, the table, the beer, the barbecue and the boom-box, bang went any notion of peace or of anyone else being able to use the towpath.

I have no problem with these items in isolation or indeed in collection as such – except when they are deployed with unnecessarily meerkat proximity to me. Other moorings were available, no idea why they chose to be cheek by my jowl as they did. Perhaps they needed an audience, someone to witness their fascinating “screeching, fog-horn-esque” conversations on the vacuous nature of the human condition and their palliative haw-haw-hawing? Many such do.

One of the defining characteristics of “braying hooray” boats is that in the manner of emptying their dog’s bowels they do tend to encourage the hounds to grunt, groan, squeeze and go cross-eyed with effort alongside other people’s boats, never too near their own. This lot were also praisers, not scoopers… iggle wiggle goody-goody boy-ikins as do ‘ad a good poo-poo den? Is Mummy’s little soldier all dunny wunny? Nice an’ em-per-tee for mummy-wummy and daddy-waddy? G’boy! Then off they’d trot, leaving a steaming mystery for the worms to puzzle over and get themselves out from under.

This is, at the (utter) least, one step above bagging it and then draping it in the hedgerows and trees, as many do.

Whatever, they’ve gone now and so long as they all (except the dogs, of course) die horribly and quite soon I wish them no serious ill-will.

I swear that once or twice I caught one or two of the dogs with expressions that indicated that they were considering the social and personal benefits of being a stray rather than being tied to their current, slightly mortifying, domestic arrangements. 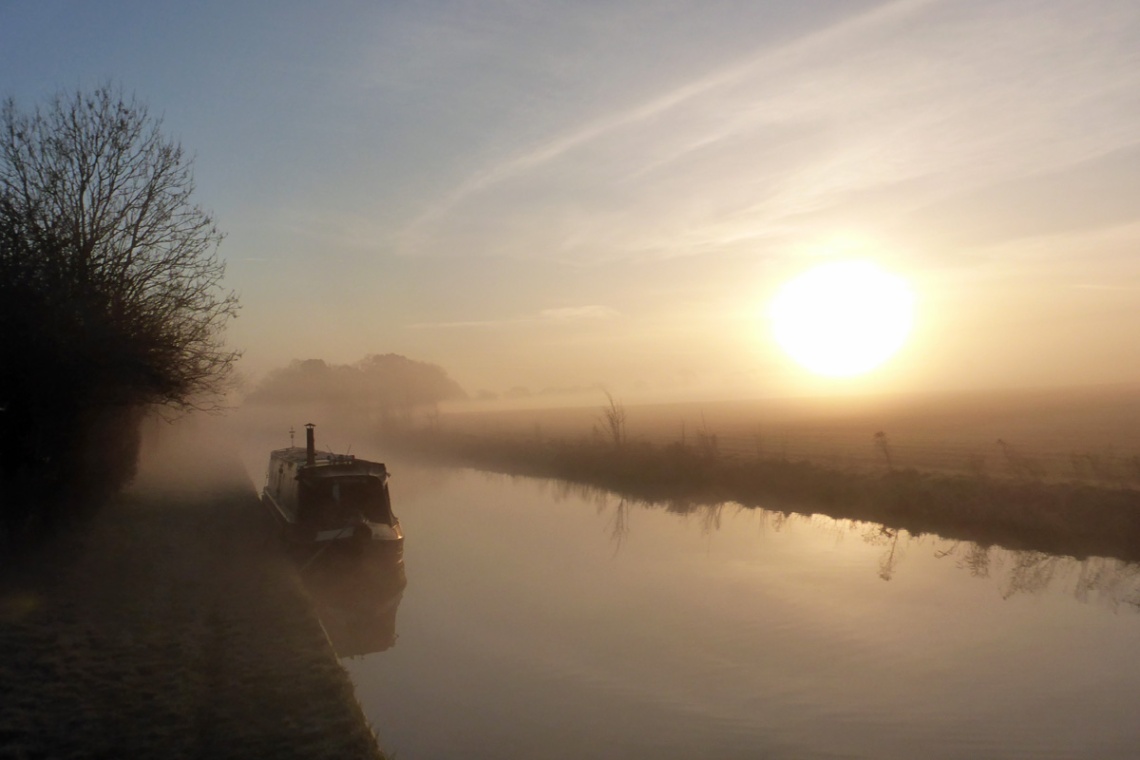 Of course, there’s a long way to go yet before I can begin moaning about winter and cold… 😉 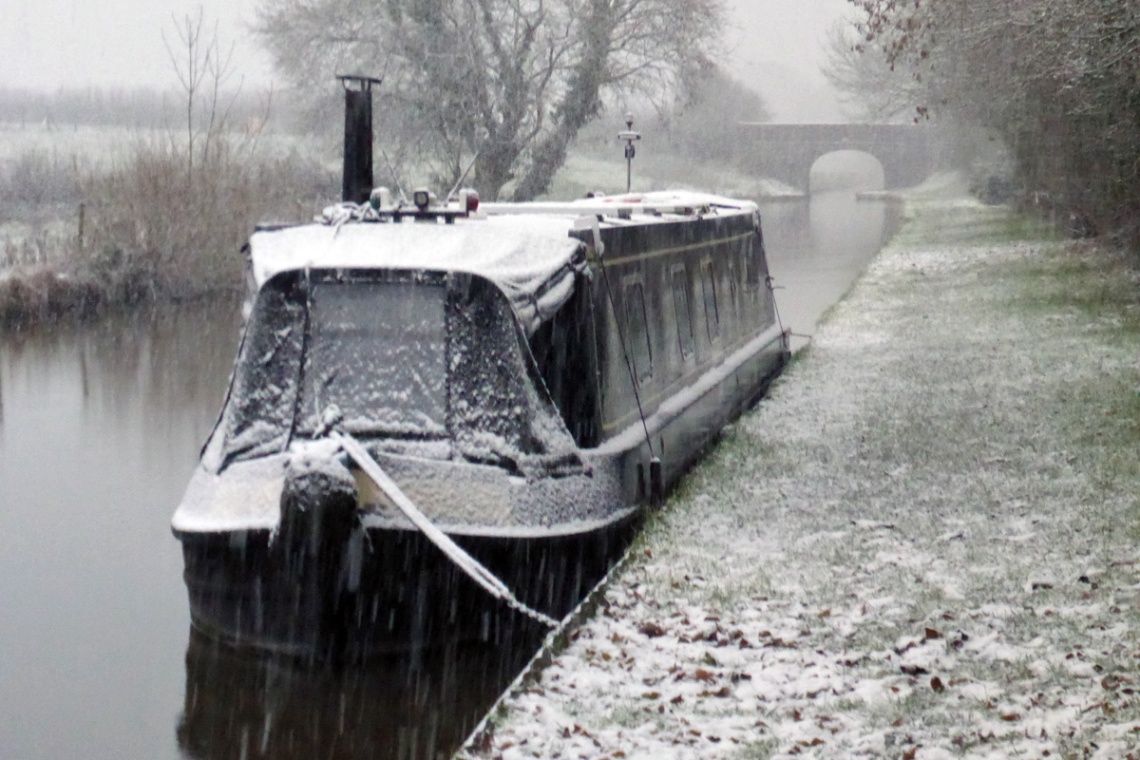 …and lack of available nuclear fusion to power the slow-cooker.

Shall have to mooch us on again one early morning in the next few days, services for the requirement of. Not at a weekend though. Must think of somewhere else to moor up, too, for a while – I’ve never been one for wildly adventurous cruises, and the madness is yet to descend upon me.

Hmm… curry for tiffin. Now, to blast some unhealthy white rice to go with the Catch-As-Catch-Can From A Can Curry.

Until later this afternoon it may well be just me, the Cardinal and my pet moorhen on these moorings. Then of course, the water-skiing boats will all stop and look for somewhere to tie up and roast the fatted gin bottle on the towpath.

p.s., Dear Zeus, please make me love my own species (the common man) – but perhaps not until after I’m dead, eh?

p.p.s., Actually, that’s not fair to either me or to my fellow human. I do like most people, it’s just that I so very rarely seem to meet most people. No man is an island, and nor am I. Some sort of craggy outcrop or sand-spit, perhaps, but never an island. That’s it – I am a human sand-spit. Or perhaps one of those rocks that sea-gulls turn white with droppings and there’s an automated light-house warning automated shipping of automated risks to seafaring life and limb. 😉 Oh, whatever. 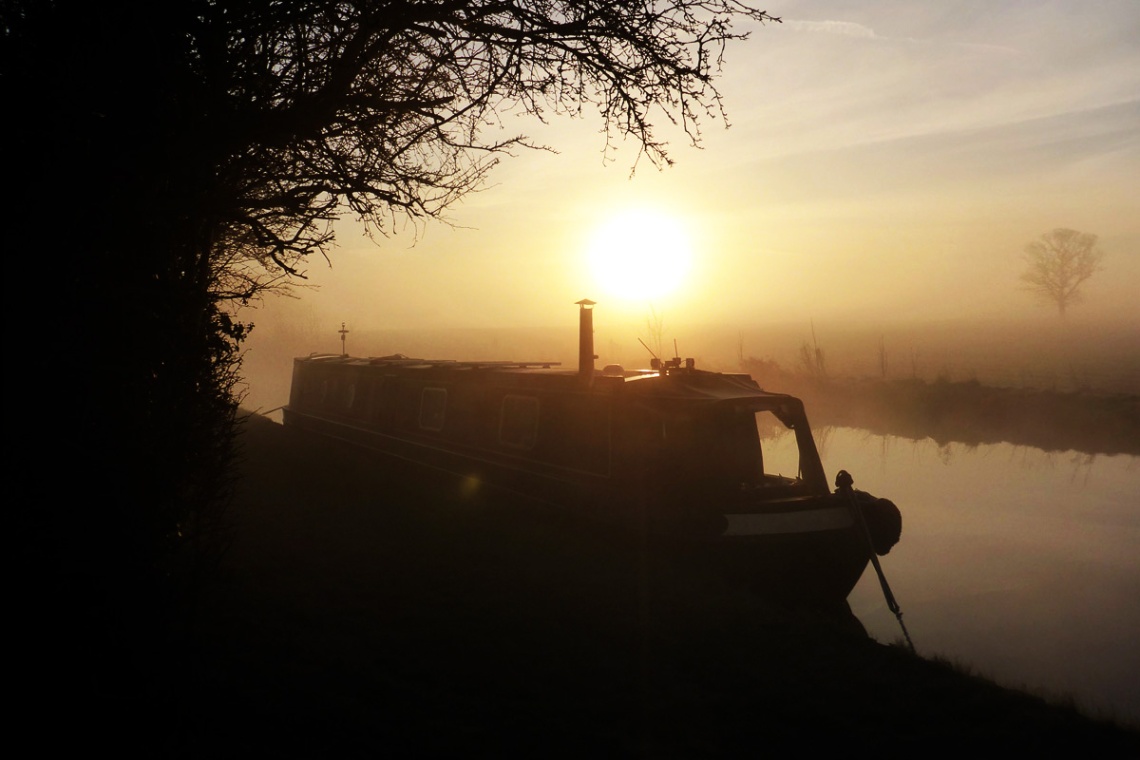