On Tuesday the Canal Rozzers’ spotter “spotted” me (as in logged the Cardinal’s number and location – a questionable intrusion upon my privacy if ever there was one; this being my home), so I logged him under Spotters Spotted. I generally catch something on the order of two-thirds to three-quarters of their stalking activities. Stalking me must be especially boring this year, given “El Lockdown” and such wotsits. I do wonder what would happen should I ever take to following Canal & River Trust Ltd staff, directors and trustees home and about their private business, keeping a large database of all of their home and vehicular movements.

We’ve had a few days of extra-special heckilopter surveillance, with – of all beasts – a Chinook repeatedly circling over Nantwich, a nearby town. Word has it that they are on training exercises, although what flying in tight circles over Nantwich might train them for is perhaps best not thought about until more sufficiently caffeinated. Counting gatherings of more than six as seen from one-thousand feet, perhaps? Is it me, or does that Chinook not have a barrel of beer suspended below?

The weather’s been everything. Still, windy, cool nights, warm days, wet, dry and on one weekday the wind blew in from every point of the compass in turn.

The Cardinal and I scooted up to Venetian for El Services during the week. As is usual the moment I released the last rope Hell disgorged a flotilla of narrowboats hither, thither and whence without aforethought. Just as I was reversing away from the diesel pontoon some kind (lost-)soul opened the paddles to empty the lock, and the [********] who wanted the pontoon after me decided to move before I’d got out of his way. I had a larger audience than any of Lardy Lord Lloyd Webber’s theatres have seen of late.

Even once I’d performed a reverse turn into the marina ready to go back under the railway bridge and out of everyone’s way a spatially-discomnobulated gentleman left the towpath and cruised across my bow. That’s the Cardinal (long blue thing with blue windows, me hidden behind the Old Nation’s flag) waiting, hovering, for him to pass. Pass in the sense of moving his boat out of my way that is, not pass as in… although… 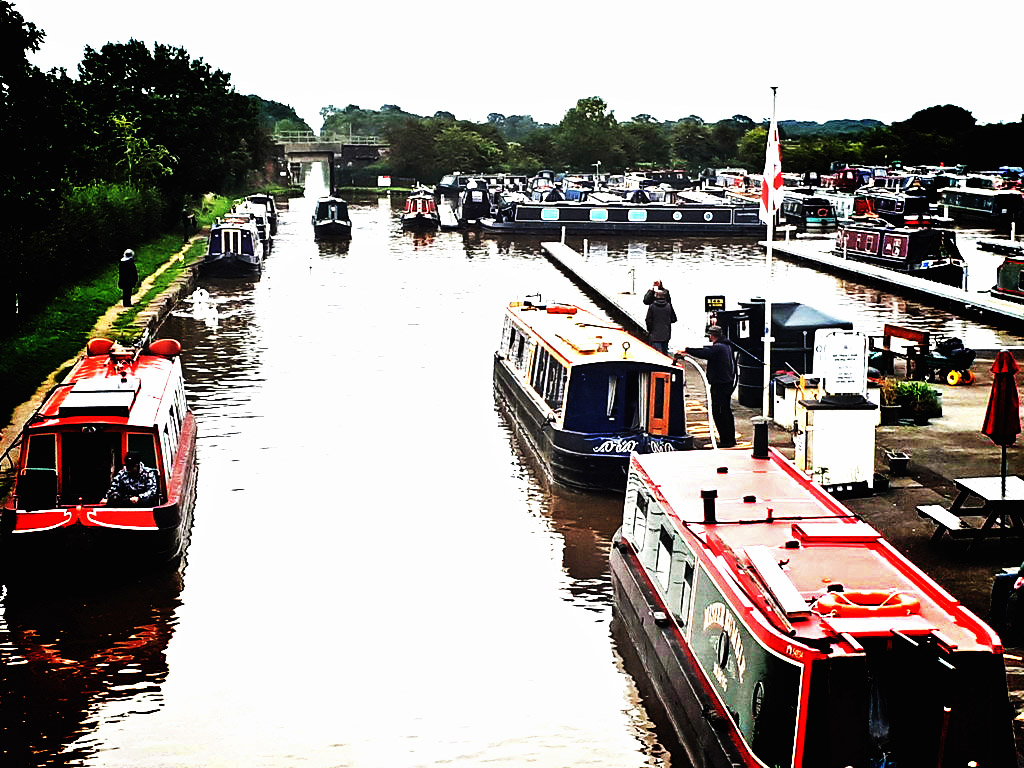 There’s blustering winds again today, although Her Majesty’s outdoor temperature is forecast to be some seventy of the Fahrengezundheitings and there’s a spot of blue sky and sun, so I suspect that the crabbing masses will be passing again. I can only presume that, this being Sunday, they are boating from home to church and back again.

We have wrinkly waves. 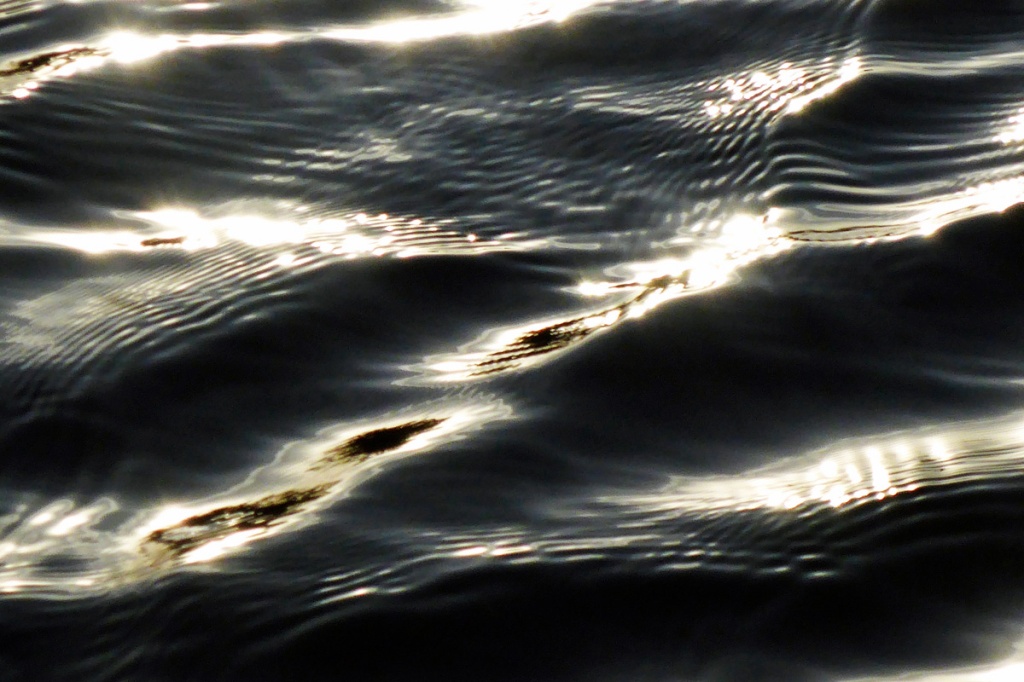 Perhaps the water is as old as I feel?

Mr Heron has taken to fishing on the offside bank alongside the Cardinal. He’s caught three fish to my knowledge in the past ten minutes, juggled briefly with them and swallowed them head-first, whole and alive. What an interesting sensation that must be for a fish. I hazard to guess that the fish involved shrug their shoulders and express no surprise, writing off their demise to it simply being ‘2020 Anno Domini, an annus horribilis if ever there was one’. I like to imagine that at least if Mr Heron breaks wind while eating, the fish will be able to see the light at the end of the tunnel.

The Manufacturers, having stumbled across my earlier blog on the matter, advise me that I am using their Fire Basket / Coal Cage upside down, and yes I am – but with good reason. Upside down my kindling will just bridge the gap in the bars and provide a platform upon which to enheapinate my coal briquettes, and I may then lift the whole device into Mr Stove. I am using the beast to assist with lighting the fire, as well as keeping it under control. There’s not a lot of wiggle room in a boat stove. I shall try it downside up as recommended, and later publish the results (awaiting only the arrival of cooler, stove-necessitating weather).

There was a damned-near sinking a couple of days ago at the lock, a share-boat finding itself caught on the cill. Gentleman Phil was present and saved the day, before even those on the boat had really realised the potentially lethal trouble that they were in. It only takes a moment’s disconcentration, and wallop, the cloakroom attendant is handing you your wooden overcoat and you can barely remember what play it was that you’ve just seen, and whether you had a stiff drink in the interval.

Aha – here cometh the first narrowboat of the day, much later than I had expected, tacking heavily into the breeze.

If you will please to excuse me, now is the time for me to take two tablets from my prescription box of Tranquillax Maxibode-Notcareikins, otherwise I shan’t see out the apoplexy of the day. Egads, gadzooks and other expostulations.

Many thankees to those who responded to yesterday’s frustrations, with work-arounds to avoid the WordPress “Block Editor” nonsense, I am and shall be trying all.

Chin-chin for the moment, chaps & chapesses.