aside from all of the sleeping hours, and of those there are many, is the early morning. That part of the day when the peasantry are still largely a-bed and being eaten by their fleas. As I type this we’re just coming to the end of that brief portion – the first dog walker of the day has just passed – and the jug is almost out of coffee. I generally wake up with a trek outside, a semi-nocturnal perambulation, a cleaning of the solar panels, a checking of the Cardinal’s ropes, and then I repair inside to sit at my desk with the side-hatch open, the twirds bittering and my coffee aromatiserationing. 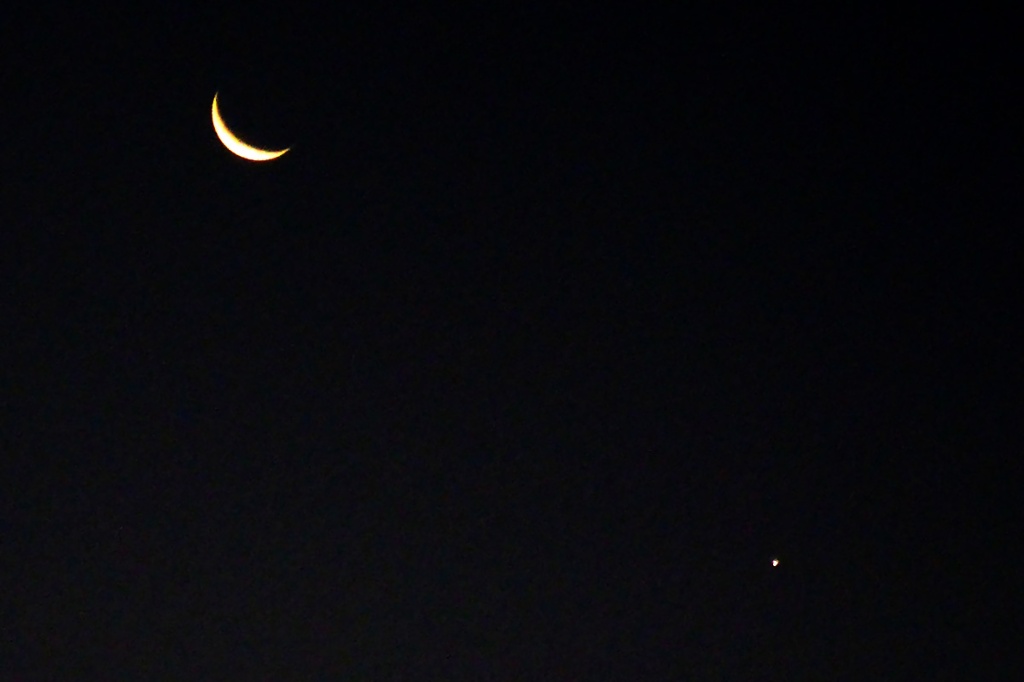 Mr Moon has had a friend staying over for the past few nights. Filthy beast. Not the best photograph of a lunar conjunction with – what? Venus? But then what do you expect with a pocket-rocket camera, in the dark? My middle name’s not Hubble. Never was, despite what it says on my prescription at SpecSavers.

Yesterday was ridiculously hot – in the eighties. Today will be less so, they do say, but also mostly grey and cloudy and more indicative of the general mood of the country.

Being of pragmatic soul and practical nature I took the ottorpunity and spent an industrious one hundred and fifty minutes at the twin-tub, washing my smalls. Also my mediums and my larges. Almost all of the laundry is dry after just one day under the attentions of our local star. 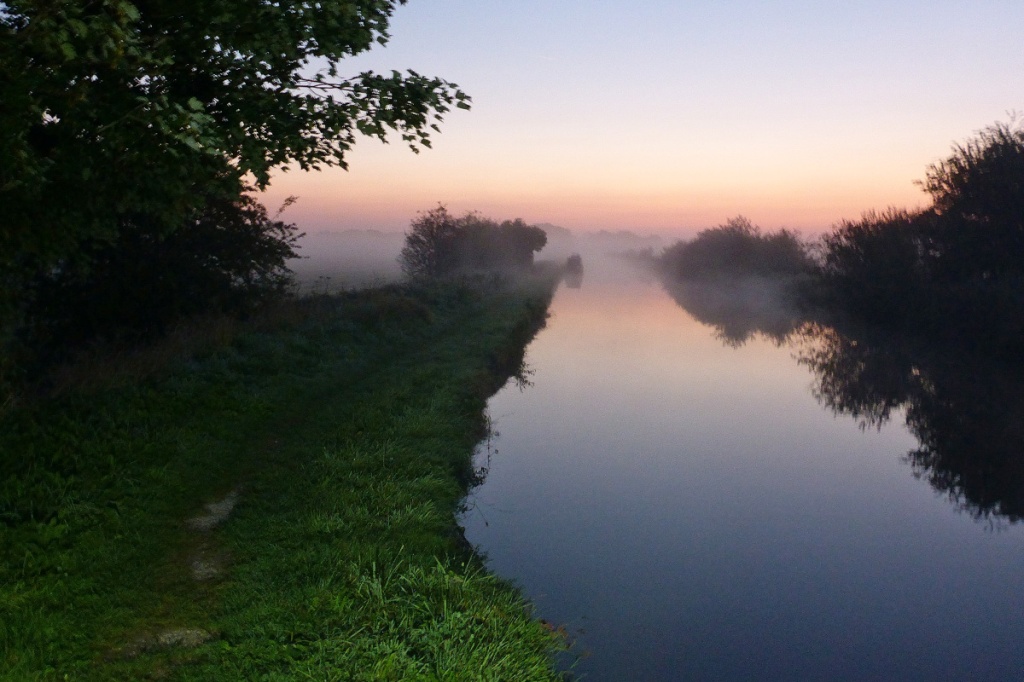 Mr Sun made quite an artistic appearance, shy at first, but then growing in confidence as the audience warmed to him.

Boats, many and varied, cruised up and down, with people, many and horridly varied, at the tiller.

Many a town and village must be spending its entire summer sans idiot this year.

Upright and hairless ape is not a pretty configuration, generally, is it? We hoomans are akin to orang-utans with all of the charm and prettiness removed. We would have done better to choose “furry and quadruped” as our evolutionary basis. When will the kaftan come back into general fashion? Kaftans with hoods.

In the full heat of the day Mr Hitchcock began his re-make of The Boyds with a cast of thousands. Yes, when not sat sitting still, menacingly, they did splatter the solar panels with… comment.

Farmer G has just cropped his field. I notice that this (silage?) crop was given only one “overnight” to dry, and none of the usual multiple turnings with that enormous tractor rake-attachment. Farmers, like gods, work in mysterious ways – often with one huge combine harvester affair of German manufacture and no fewer than three tractor-trailer combinations attending. Perhaps the haste is to attempt to allow one more crop before the season turns completely?

The zombie-body of the remains of what used to be the English media tell us that our recent reddish tints are due to the effects of fires in the colonies. America smokes; England coughs.

Who knows? I wouldn’t believe the mass mainstream media if they poked me in the eye and told me it was for my own good.

What will today bring, I wonder? A chance – and the personal oomph sufficient – to tick a couple of jobs off from my “before the wild, screaming, wolf & bear-laden depths of a blasting English winter” list?

Mr Heron has just stalked, very slowly, very deliberately, past the Cardinal on the towpath. He’s fishing now off the bow. No photograph; I am loathe to disturb him – he can see right through the one-way glass.