Or The Delights of a Deafening Avian Cacophany going on for hours from before first light.

There’s a lonesome goose in the nearby marina (the next nearest “large” stretch of water to the winding hole here) – Arnie. He takes on all comers and won’t share his space, the entire marina is his. Consequently there are a million and one Canada Geese packed into the winding hole just behind the Cardinal. This morning – our first morning here of the season – they had a community sing-song and then a couple of hours of circuits and bumps.

Believe me, from watching them, they need the practice! 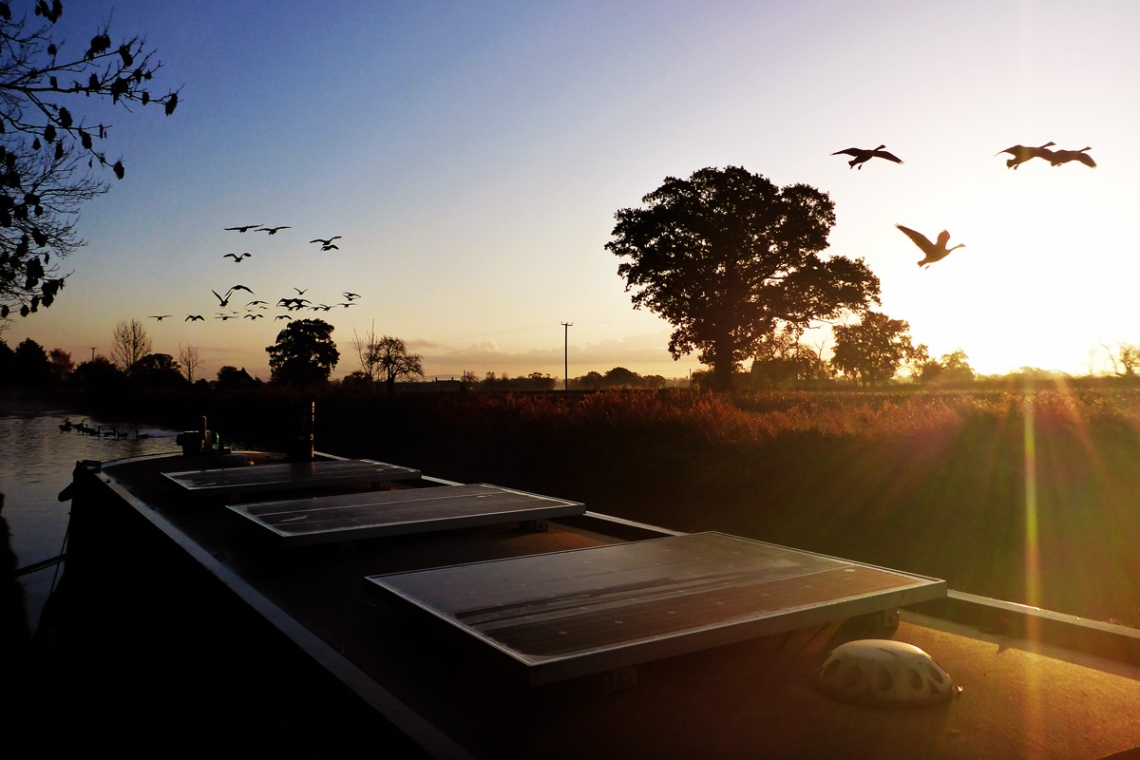 Take-off and landing strip was alongside the Cardinal.

…and, yes, someone had put frost all over the boat and a layer of ice (and leaves and goose-poop) all over the solar panels…

When they weren’t doing circuits and bumps the madding crowd was trying to separate into two groups, one in the winding hole, one ahead of our bows. However, with me either outside or at the open side-hatch the sly little sub-group migrations and exchanges of loyalties were confounded. Each group of a dozen or so trying to sneak past would spot me, about face (about beak?) and paddle back from whence they’d come – until I ducked down (see what I did there??? Geddit? Geddit? Ducked down… Oh forget it then.) or tucked my head back into the boat out of sight, when they’d turn again and creep past.

With the exception of the brazen Arnie, not the most assertive of boyds, and not the stuff of Alfred Hitchock’s nightmares. So far. Noisier than swans, but far more pleasant to have around (except for the poop).

The V-Bomber formations are a tad scraggy. This my view from the side-hatch, coffee in hand. It’s not Hackney. 🙂

Once or twice I was reminded of Flash Gordon’s Hawkmen, and thought that the formation was about to spell out a message for me.

‘We love you Ian’ perhaps

‘Flash, I love you, but we only have fourteen hours to save the world before Lockdown’

‘Don’t worry, international migration is banned, so we’ll be with you night and day to sing you to sleep”. 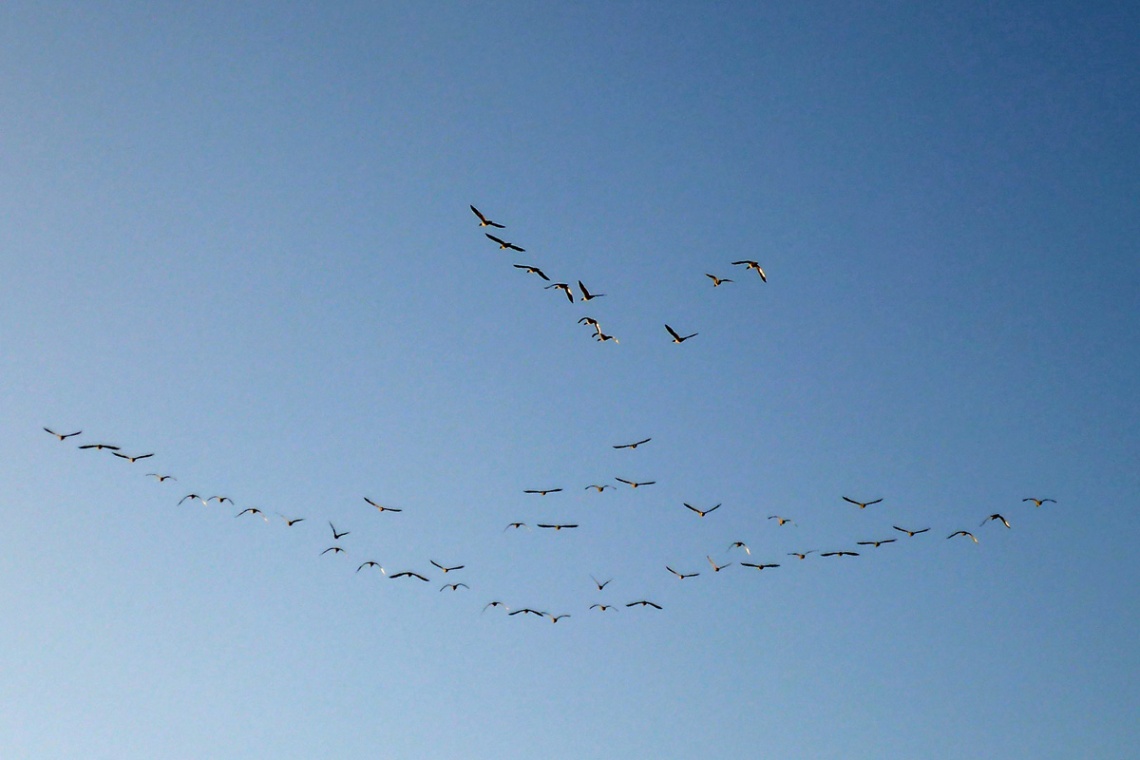 But no. After a half-hearted emoticon or two they simply splash-landed and recommenced singing bawdy goose-shanties and jazzy folk songs (ooh – my bestest favourites, combined) with lyrics relating to delicious pond-slime and laying eggs and northerly breezes (if my translations were on the button, and I can’t think why they wouldn’t be).

Not even the morning mist pouring off the fields discouraged them.

Still, at least I know what I’ll be having for Christmas Dinner, lockdown or no lockdown.

Old Roman recipe – take one Canada Goose, remove the honk, prepare as with roast dormouse, and enjoy with a crisp chilled Chianti.