When the morning sky looks like this (taken from the Cardinal’s side-hatch) how the hecky heck is anyone supposed to guess at the weather to follow?

The brightest ray of sunshine in that lot was “it’s not Hackney”.

Yestereve and last night were entirely autumnal in nature – dry, lashing rain, still, howling winds. I bunged out an extra couple of lines in the afternoon because we were promised 40mph, but I think that the towpath bank and scrubby trees thereon acted as a meteorological Wind-Eze, or something. The rear tonneau cover was flapping and straining at the leash (at the bungees) but – being lucky enough to have a boat around me – it wasn’t Hammer House of Horror atmospheric enough to keep me awake all night or any such. The solar panels (near starved to death of late) had a few scattered leaves on them before their morning squeegee.

The photograph that follows is misleading: I am not nor anything like moored in the winding hole (the telephoto lens just makes it appear so); and the trees are not 100′ tall, but perhaps 10′ and well-spaced.

Jebus H., would that I could describe myself as “well spaced” at the moment. 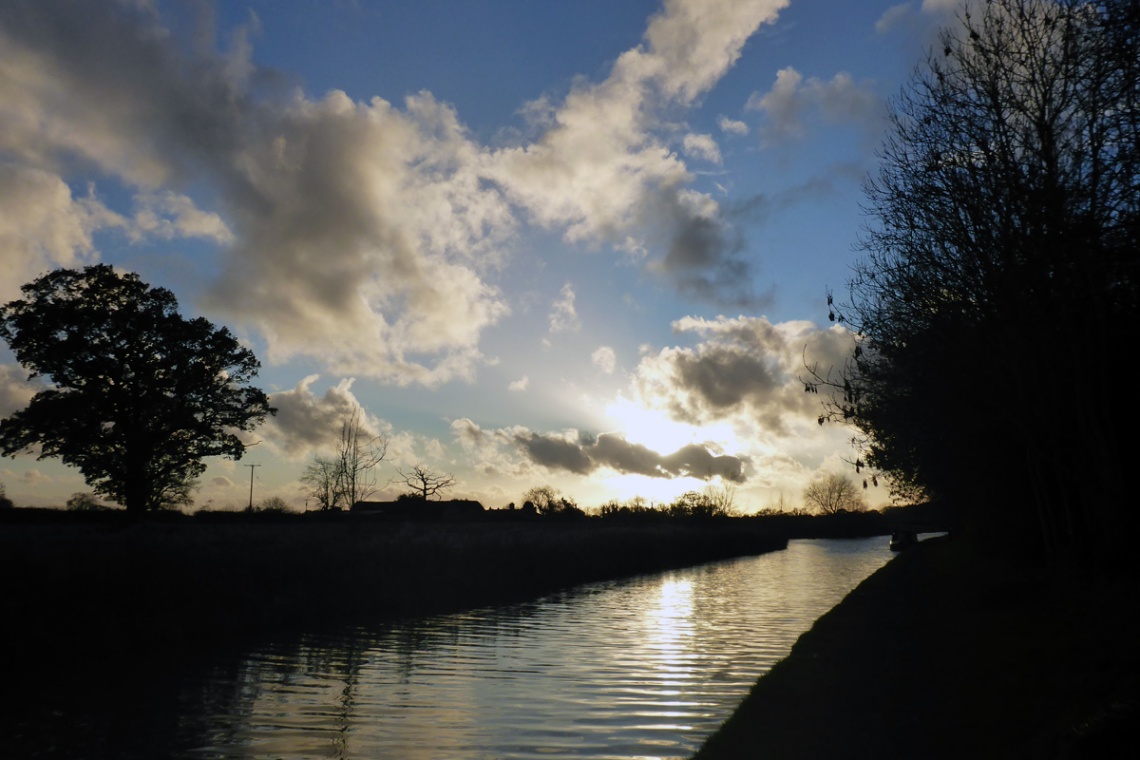 On these moorings I am constantly reminded (aurally) of Westminster… 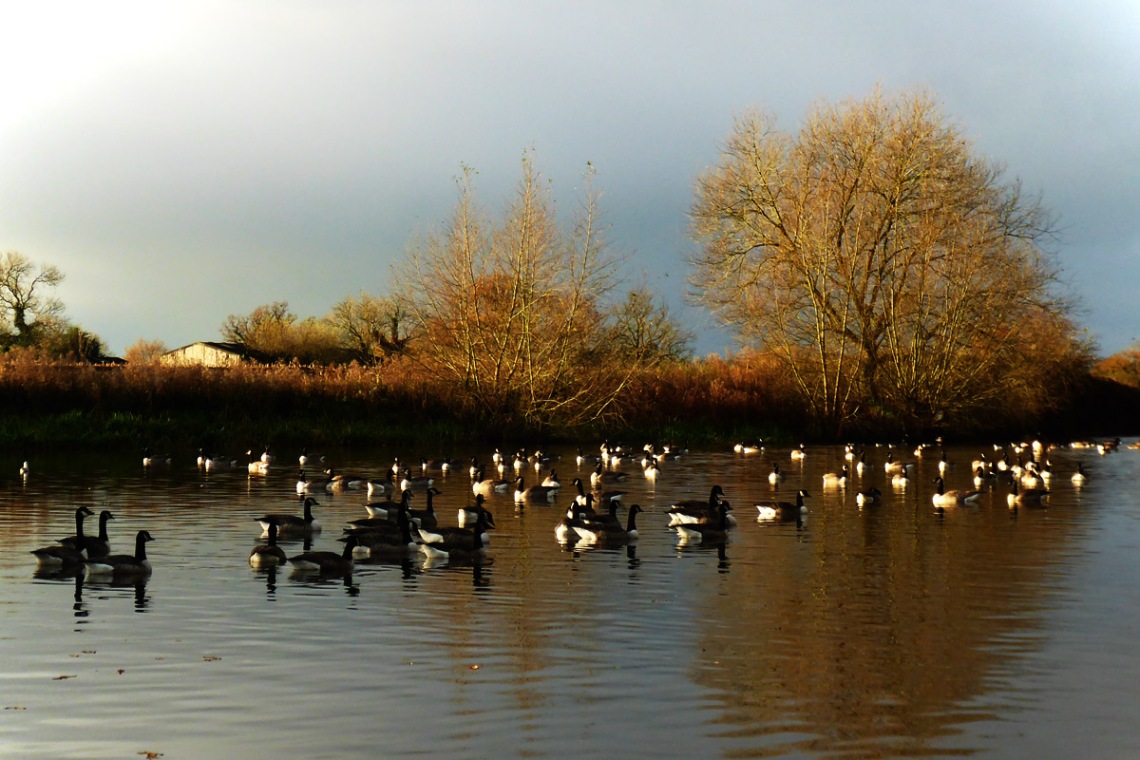 …the geese are much in evidence, and they both sound similar to and flap about chaotically as much as do our venerable Membrum Virilii of Parliament. The geese make more sense though.

Thanks to a loaf of very young and tender bread (praise be to my supplier -thank’ee!) I consumed a crisp sandwich yesterday that may only be described as “sublime”. Soft, doughy bread with an elastic crust; cheese & onion crisps. There are some culinary delights that persons who have fallen from grace and who are thus obliged to live abroad will never experience or understand. This is as it should be. Mr God was in his kitchen, and lunch was a cold collation.

Lunch today will likely be a form of Saag curry, made with the livers of passing “keen” cyclists.

Old Roman recipe: take one thousand “keen” cyclists (or anglers if in season), remove the livers, discard the cyclists, cook as for dormouse and serve with a chilled Chianti.

Today is International Men’s Day. Not many folk know that. The Establishment, spurred on by modern-day red/blue-haired screaming “Feminists” (a credit to the Suffragettes, but a disgrace in the eyes of Suffragists), somehow imposed the date as being the same date as World Toilet Day. Truly, if ever there was one, a case of the Feminist-led Establishment taking the pi*ss.

That the toilet nonsense is on the “United Nations” website is an oddly fortuitous serendipity, since they are an organisation that I wouldn’t Shih Tzu on even if I were tears-in-my-eyes desperate for a Shih Tzu.

Don’t be surprised if the International Men’s Day website takes a while to load or doesn’t load at all, and be even less surprised if your ISP loads the U.N. website almost immediately. Nothing to see there, nothing to deduce. It took me five internet minutes to open the Men’s Day site, during which time my ISP cheerfully let me gamble and frolic over Twi*tter and Arse*book and the U.N. Disgrace at full 4G speed… The link is the Benighted Kingdom’s dot org website; the international one will only bring up (on my Microsoft and Google controlled connection) a dire warning about hackers and danger, danger, Will Robinson.

Contrary to popular opinion formed from the mis-information of the popular press, every day is not somehow “men’s” day. Far from it, when you look at the real statistics for health, housing, suicide, even access to (often their own) money. Have a quick think about history – the real stuff, not what we’re all fed from increasingly snowflake history texts. Most “ordinary” men got the vote in the Benighted Kingdom at near the same time as most “ordinary” women (and for the men that was after surviving and returning from WWI).

There, that little bit of heart-felt politics made a change from the usual virus-related stuff didn’t it?

Back to just canal stuff soon enough! No worries!

I do have hidden shallows, you know.

Right – the weather is, for the moment, looking briefly civilised. A perambulation methinks.