There’s a new (old) fuel-boat in town. Halsall is patrolling fresh waters, and nb BARGUS (also from Four Counties Fuels) is the wee beastie to see about supplies of phlogiston and flammable gases and vintage aged-in-oak-barrels diesels and wotnots.

The Cardinal’s bunkers are back to where they were after the previous visit. We’d used five sacks, and Jason used the onboard trebuchet to deliver five replacements. That’s about a month’s supply there now and this gives me a warm glow. 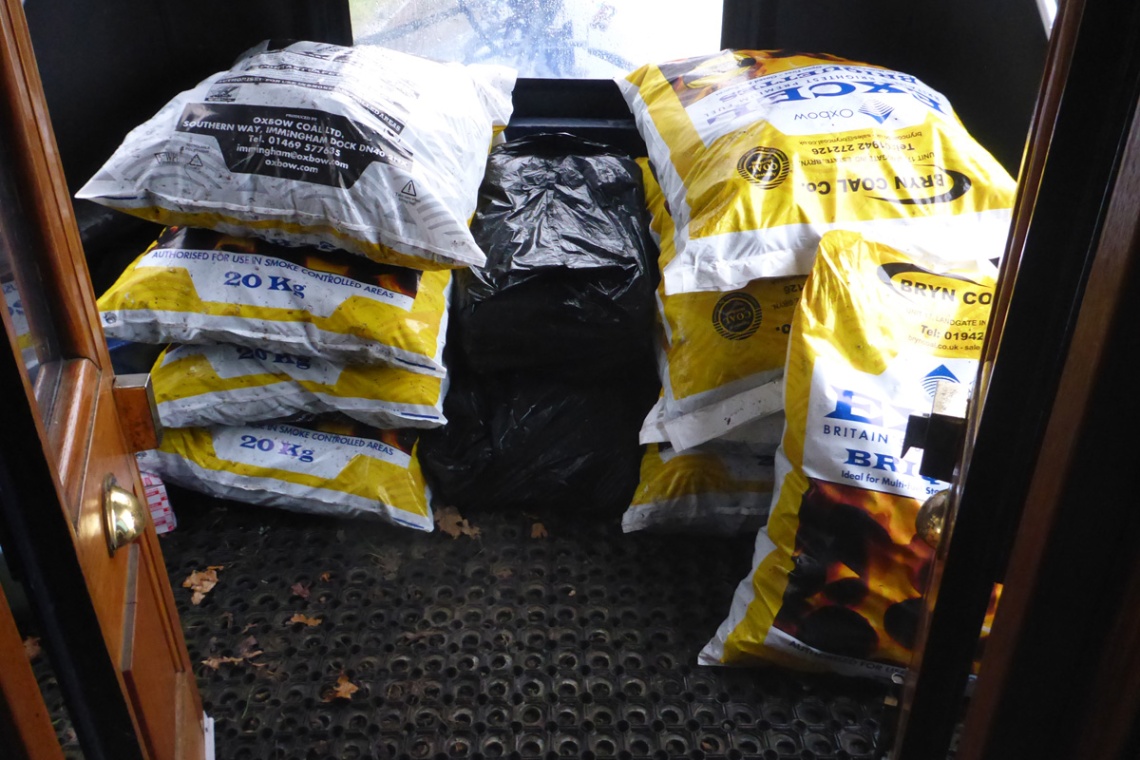 Well, technically, it gives Mr Stove a warm glow, and I just bask in that glow. Damned glad am I that Grandfather invented fire.

nb BARGUS has been thoroughly restored, primped and preened by Jason – and now looks like the dog’s knees, or the bee’s cojones. Splendid indeed.

Having bunkered the Cardinal nb BARGUS moved on to descend the Cholmondeston Lock and to head in the direction of Middlewich.

The photo above gives you some idea of the stature of the Cholmondeston Lock, with its 11′ 3″ (3.4 metres) change in water level.

Cholmondeston Lock has quite a history and a LOT of mystery about it. I am currently writing a book about the strange occurrences here and abouts – sightings of odd creatures, lights, sounds, even the disappearances of entire crews from narrowboats. I’ve been working on it for a long time, but for some reason during the nonsense of 2020 my brain hasn’t been co-operating, and it’s been (very) slow going. The target is (now) early 2021.

However, BARGUS made it safely through the lock, praise be to Zeus et al.

…and called in at Venetian Hire Boats & Chandlery‘s wharf to re-stock and wotnot.

I went back to the Cardinal then to feed the stove a few fresh morsels of dinosaur remains, and to try to force my damned brain to actually do some work on The Beast.

So that’s been the excitingment of the day, and the light is now fading fast. In England in November (and October, and December, and January, and February) the average length of daylight is fifty-four minutes and twenty-three seconds, including sunrise and sunset at twenty minutes each. Or something. That’s what it feels like, anyway. Wake, get up, blink and it’s time to get back into bed.

Reports of temperature readings overnight last night range from 0.5°Celsium to -4°Centigradeds. The 8/8ths cloud hasn’t really lifted here all day, so mayhap tonight won’t be so chilly. Either way, I am truly lucky to have both a stove and supplies of fuel.

Now, what can I stuff my face with for dinner?

Or both – ought I to invent Pasta Curry?