The top of the canal is a bit …solid, this morning.

In typical Ing-er-lish weather fashion though it’s also now drizzling, the drizzle settling on the ice-skim as hail, we had an impressive albeit brief sunrise and now it’s as dull as ditchwater.

The odd thing is that the canals, while most don’t have any sort of flow to speak of (Llangollen excepted), do sort of drift by, and I can’t stop my brain trying to gauge the speed of the ice passing even when it’s going nowhere. Sort of land-sickness, I suppose. Mal de terre.

It won’t be long before someone comes along, and we get to enjoy the crash bang scrape graunch clatter of ice against the Cardinal’s hull blacking. Can’t be helped sometimes, I’ve been caught out myself, so the moral high ground here is not available to me. Were the moral high ground available then I still wouldn’t be on it, because I am on a boat. It’s a horrid sound though. 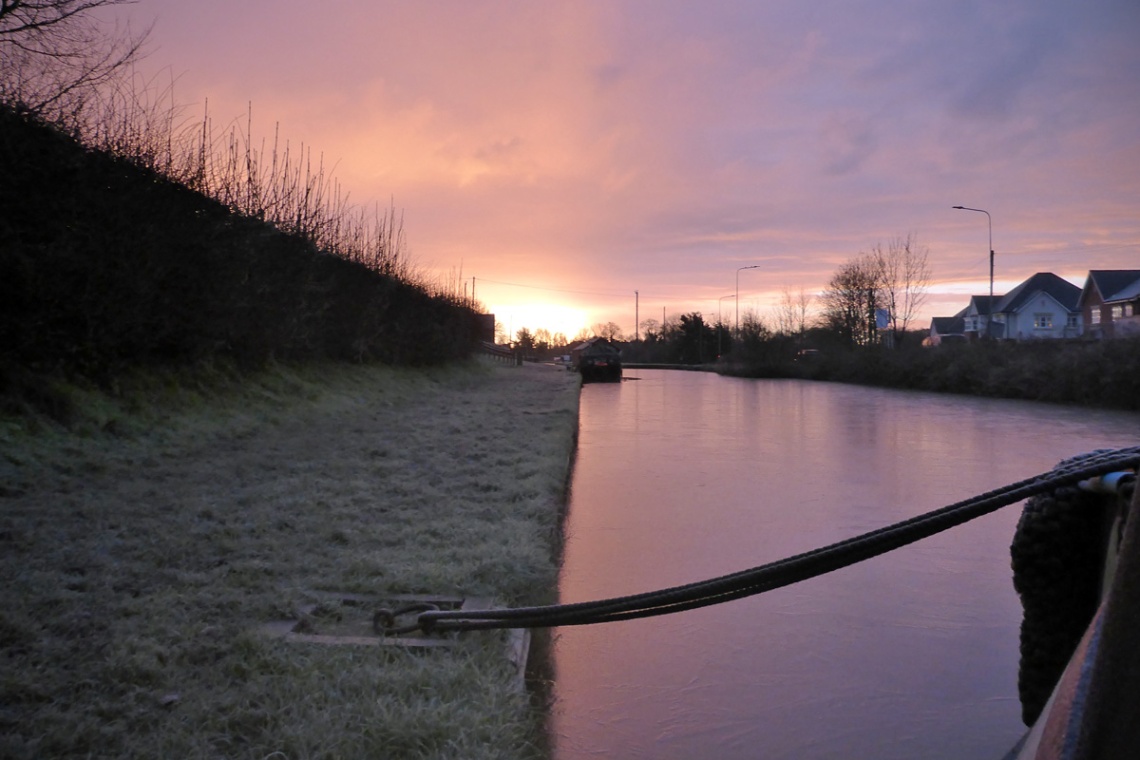 Only England could freeze and thaw at exactly one and the same time, both with and without the Sun. It has been observed that the Sun never sets on the English Empire but this is not strictly true; it simply does the best that it can, and we must remember that while the gods are omnipresent, the Sun is just highly manoeuvrable.

Coal and logs are being burnt. The Fuel Boat has already begun his first rounds of the year, although beginning south of our postion and working the wrong way around the Fork Ounties – um – the Four Counties ring. We have ’nuff tuggetby. 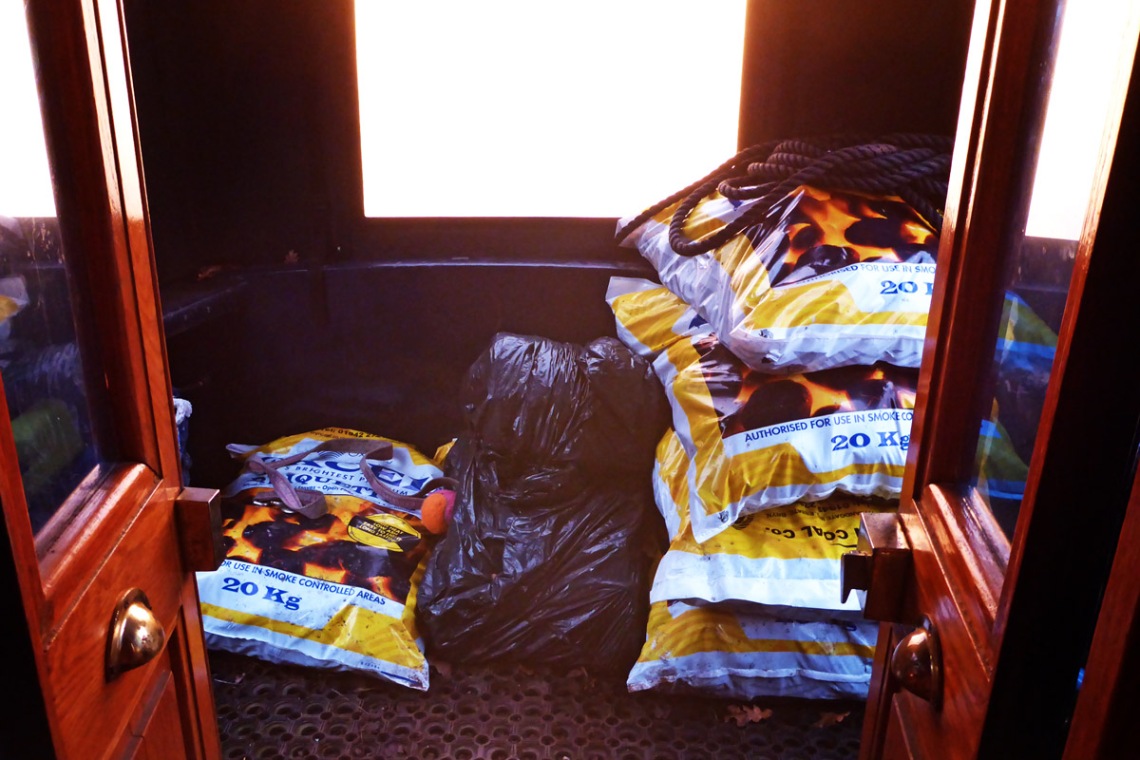 I wonder what goes through a seagull’s head when first it walks on water.

I’m not the Messiah, I’m just a very naughty seagull.

Where can I find a clean Ferrari to poop on?

Poupon? Wasn’t he President of All France in the fifties?